San Diego couple celebrates 75 years of love together amid pandemic 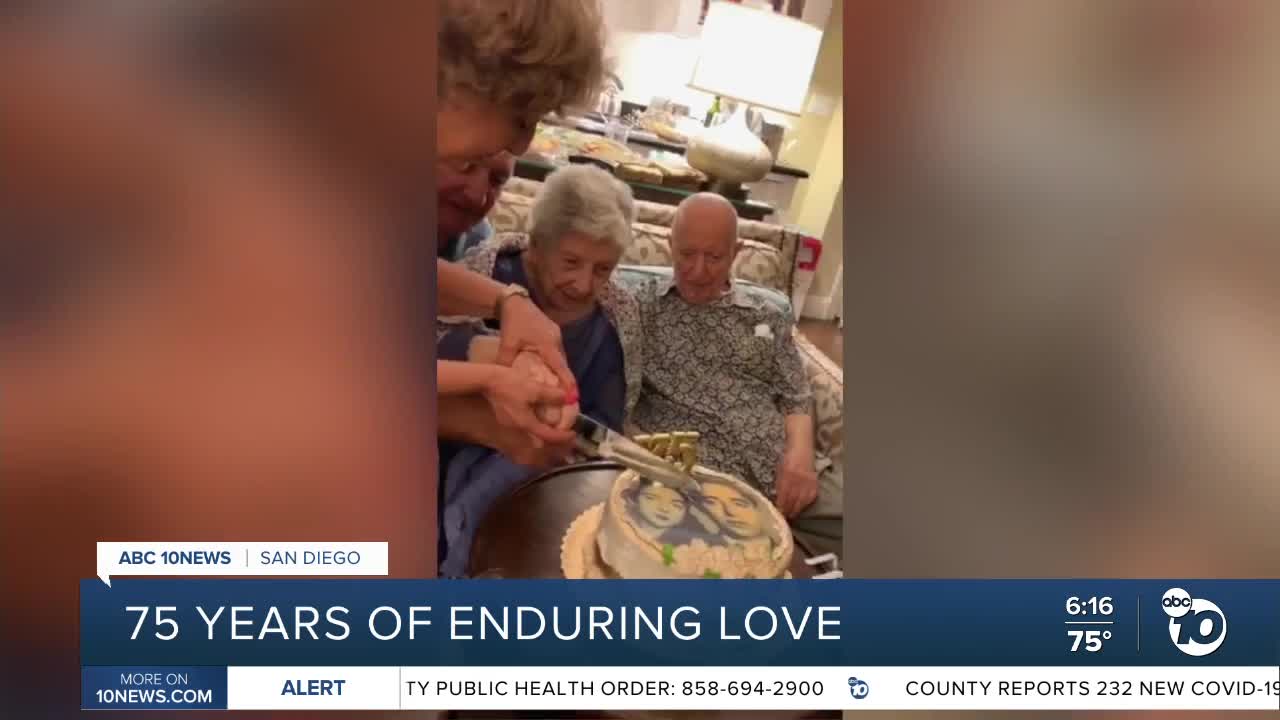 A San Diego couple is celebrating their love and sharing 75 years together.

SAN DIEGO (KGTV) — From Iraq to San Diego, it's a marriage that has lasted 75 years.

Elias and Naima Romaya have been inseparable since the end of World War II. They met when they were young and growing up in Mosul, Iraq.

Now over 100 years old, Elias is a little hard of hearing, but still loves his wife deeply. The couple celebrated their 75th wedding anniversary this week, and one of their granddaughters, Lana, helped share their story

That was more than 30 years ago. So why did they choose Rancho San Diego as their new home?

"Because it was similar weather to Iraq and they just wanted a similar, warm and sunny environment," Lana said.

The celebration came with a trip to the Hotel del Coronado and a cake. Unfortunately, they weren't able to see all 13 of their grandchildren and 9 great-grandchildren due to the pandemic.

"Just now with COVID we couldn't all get together but it was a nice, cozy celebration with then just celebrating their love for each other," says Lana.

It's a love as strong as a diamond — fitting for their 75th year, also considered the "diamond anniversary."

"He says he's never loved anyone else besides my grandmother and he hates to be apart from her," Lana adds.

Elias says the secret to a long and successful marriage is finding love at first sight, the rest seems to take care of itself.