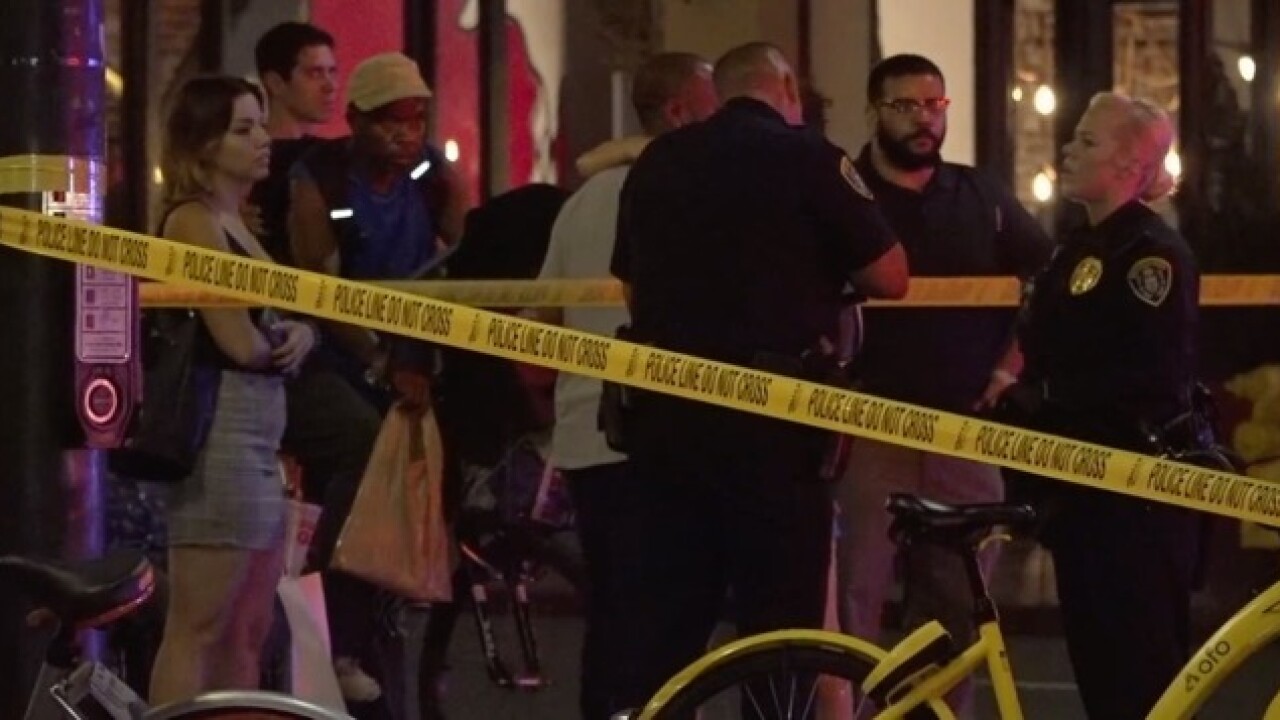 Friends described Joey Holtz as a loving father and wonderful friend who helped open the Myst Lounge on Fifth Avenue.

“He was just such a good person, I felt obliged to be here," said Korey Goodwyn. "I just had to come down here. He had that type of impact on me.”

Joey was shot around 2 a.m. Monday, near Market Street and Fifth Avenue. The gunfire erupted after an argument with someone friends say they've never seen before.

At some point, witnesses saw Joey swung a folding sign at a group of men— and then one of those men started shooting.

After the shooting, police say two men got into a cab and left the scene. Officers tracked them down soon after and 23-year-old Jonathan Hernandez was booked into jail for murder.

“I wish I had something. I wish I could make sense of it. I’ve got nothing," said close friend Corey Nigrelli. Nigrelli told 10News that Joey helped him open the Myst Lounge four years ago.

"He was my assistant manager, my executive chef, my backbone, my right hand man," Nigrelli said.

But Joey's love for his friends wasn't what kept him going. Friends say his bond with son, Levi, was beyond words.

"Just, big smile on his face always lit up a room, and anything for that kid," said friend Rose Walsh. "You think of Joey you think of his kid."

A GoFundMe has been created for the family. Money donated will go to funeral services and for the future of Joey's son, Levi.

"Joey fell in love with Levi the moment he laid eyes on him when we welcomed him into the world in the hospital," the GoFundMe description says. "Their bond was beyond words. Joey would have given him the world if it brought a single smile to Levi’s face."

Friends of the family say after this shooting, they plan to push clubs and bars downtown to install metal detectors so that hopefully this doesn’t happen again.