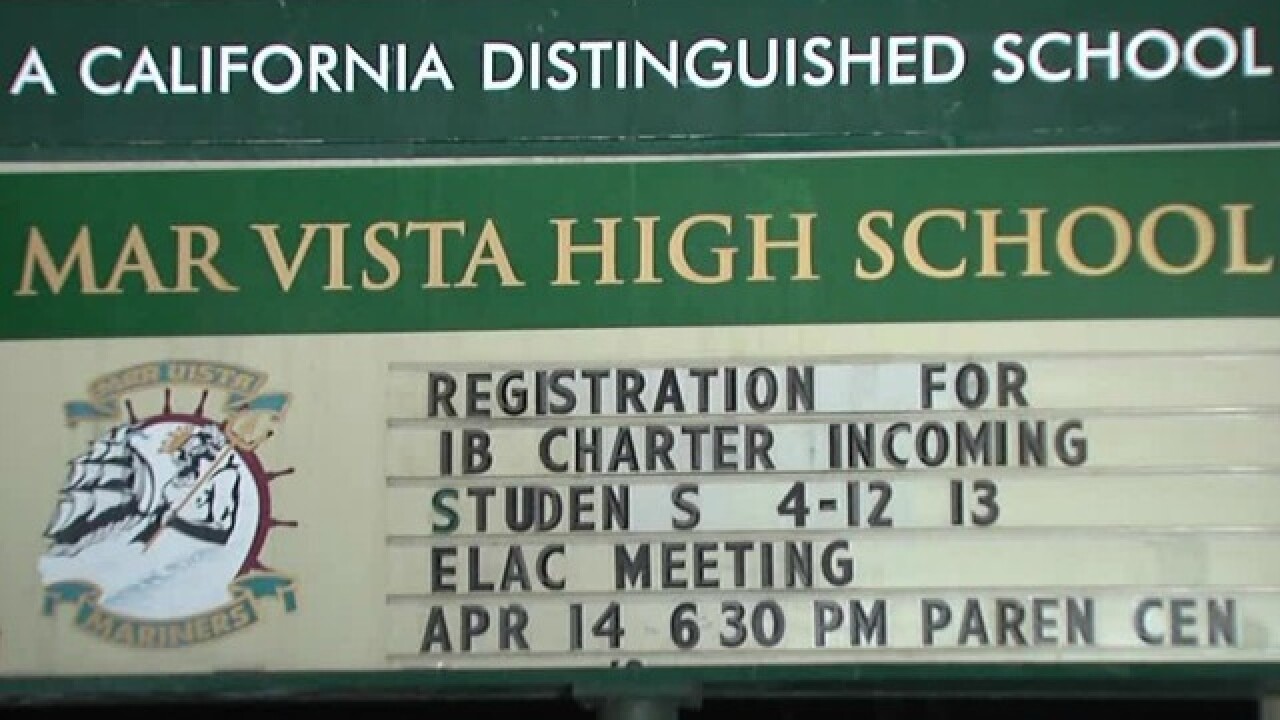 A fourth Mar Vista High School employee was placed on leave in connection with a sex crimes investigation at the school, according to Sweetwater Union High School District spokesman Manny Rubio.

The employee, an ROTC instructor, has not yet been identified. He was placed on leave this past week. Three other Mar Vista staffers are facing charges for sex crimes.

10News was first to uncover the arrest of driver's education teacher Alejandro Rodriguez on suspicion of sexual contact with a student.

The school district has confiscated some school computers this week as part of the investigation, according to Rubio.

Rubio sent 10News the following statement this weekend about the current investigation:

"The removal of computer equipment is part of the comprehensive and diligent investigation. We can't get into more specifics about the ongoing investigation."

The fourth staff member has not been arrested and does not face any allegations of sexual misconduct.