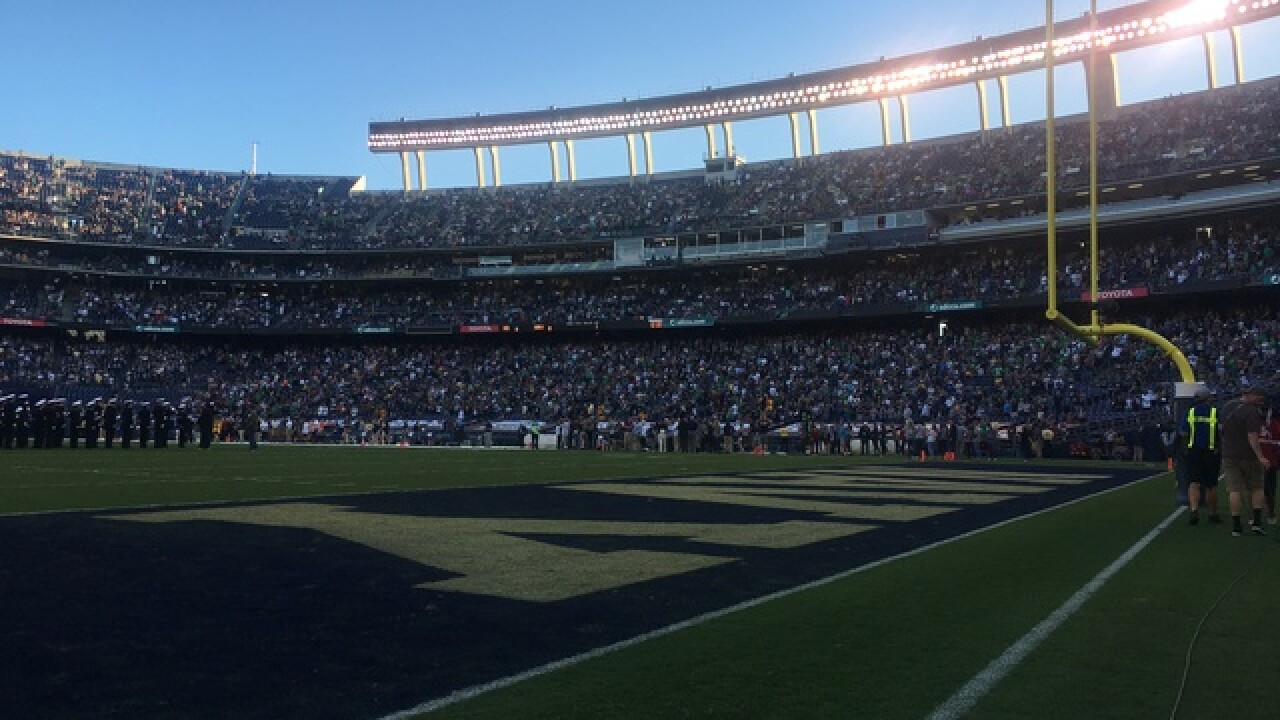 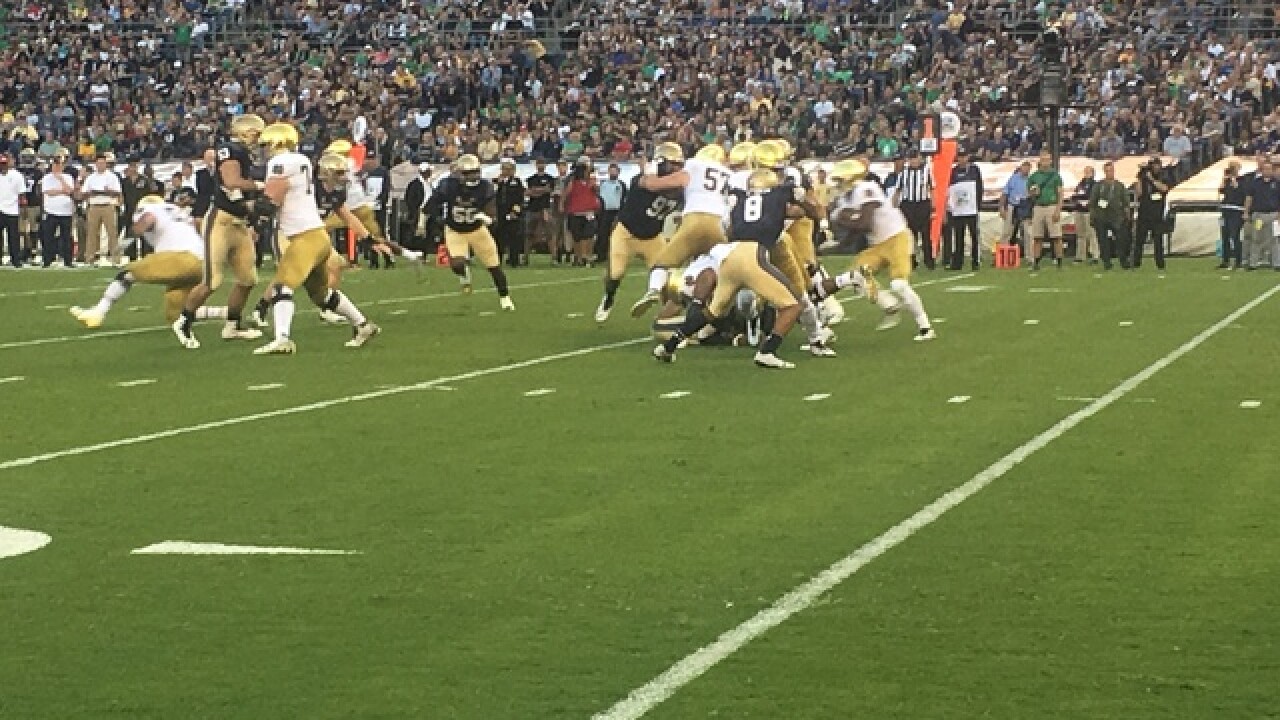 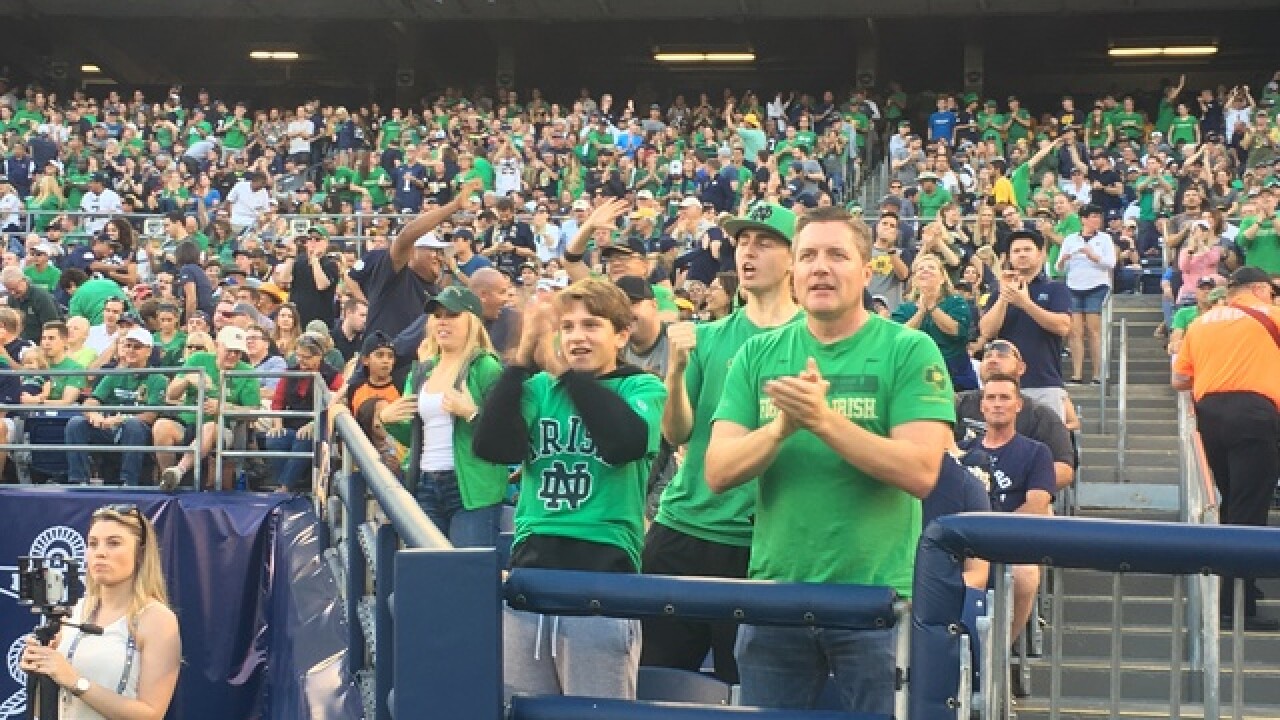 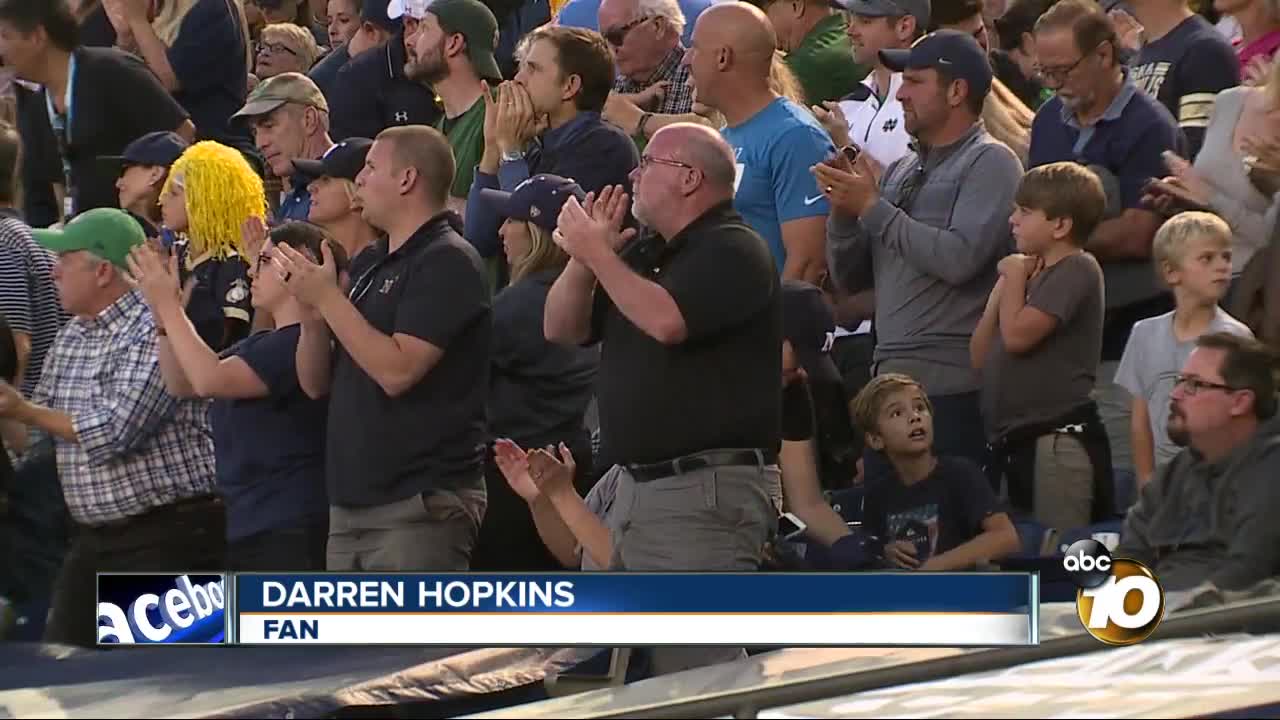 SAN DIEGO (KGTV) - Fans packed the SDCCU Stadium for the Navy Notre Dame game, the focus for San Diegans revolving not on the friendly rivalry but the fight over what will happen to the landmark.

"This game is a big game and could be the last game here," Darren Hopkins, 13, said sitting next to his dad in the first row.

Saturday night was the ninety-second game between Navy and Notre Dame and the crowd was very supportive of both sides.

"My dad's in the Navy but we're also big Notre Dame fans, so we're kinda split between," Darren said.

"It's good to see good football back in San Diego, I already miss the Chargers games and all the activities but it's really good to see there's some sports fans still here and they can fill the stadium it's really nice," Dan Hopkins said.

"A lot of energy here a lot of history here really wish the chargers were still in town but they're not, voting on Soccer City in November," San Diego local Kyle Uminger said.

Both measures on the ballot call for a new stadium, either for San Diego State, or a soccer expansion team.

Fans wish there was another option.

"I think that there's still so much spirit left in San Diego for a sports team, especially football, the entire stadium is filled up and it's just super loud and everyone is excited," Darren said.