Victims were on East Fortuna trail near SR-52/Mast 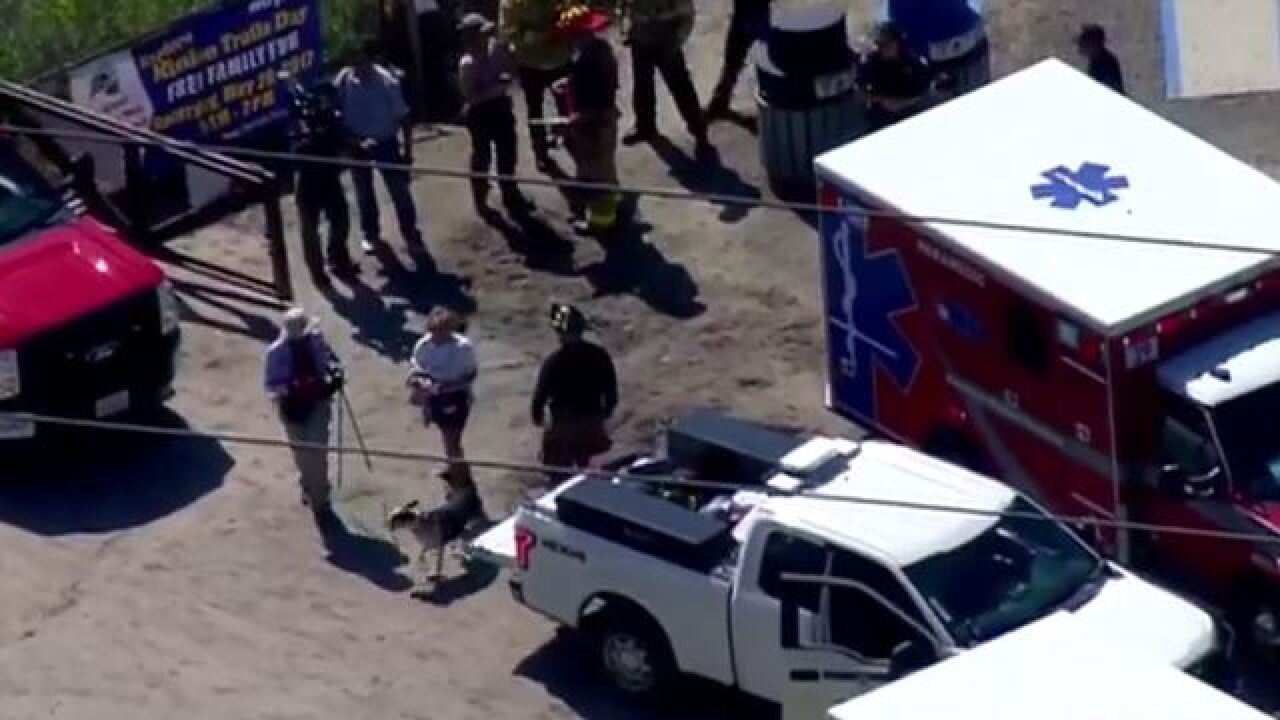 SAN DIEGO (KGTV)--Two women who were hiking near East Fortuna trail in Mission Trails Regional Park Thursday morning had to be rescued by San Diego Fire-Rescue after being stung by bees multiple times.

The attack victims were removed three miles up the trail by a 4-wheel drive rescue truck but declined further medical treatment at a hospital.

Witness Thomas Braham encountered the women while training at the park and noticed that one woman's face was swollen and another's had stingers in her face.

He described the first woman as "panicked" because she told Braham she previously had been stung and experienced a negative reaction.

Braham helped the women remove the stingers from their faces with an object.

San Diego Fire-Rescue captain Mike Howell said the recent rains and heat makes bees more active. He even mentioned a giant swarm that had moved past their command post during today's rescue call.

Ted Cruz, the owner of The Bee Guys, a bee removal service, said San Diego is in the middle of bee season right now.

"This year because of the heavy rains, we're having more activity than usual," Cruz said. He also added that bees are more active in the heat.

Today is the first sunny day after a series of overcast, rainy days in San Diego.

10News meteorologist Megan Parry said Thursday that our warm, nice weather is sticking around through the weekend.

"Our warm wet weather is bringing out even more bees than ever especially after this historically wet winter that we had," Parry said.