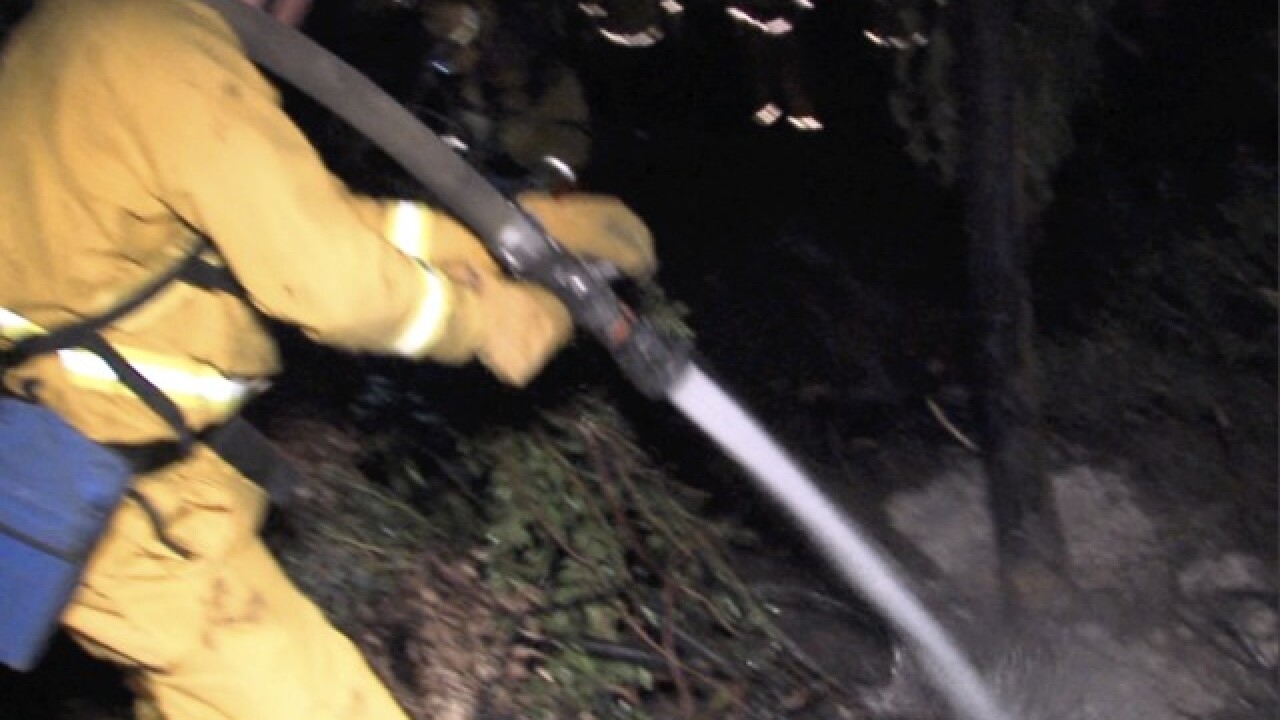 Fire department officials say the call came in at about 9:20 p.m. when a person who lives at the apartments heard noises coming from outside their window. The person who reported the fire told firefighters they saw two kids setting the fire and recording themselves on their cell phones. The witness yelled at them and the kids ran away.

The fire burned several trees and got dangerously close to the apartments, forcing the evacuation of one of the buildings.

Witnesses tried to use a fire extinguisher to put out the flames while fire crews arrived. A 16-year-old was transported to the hospital for inhaling some of that substance.

Chula Vista Fire officials say the incident is possibly related to another fire that broke out on Santa Cora near the same apartments on October 25th.

Police are still looking for the two kids responsible, no description was immediately available.