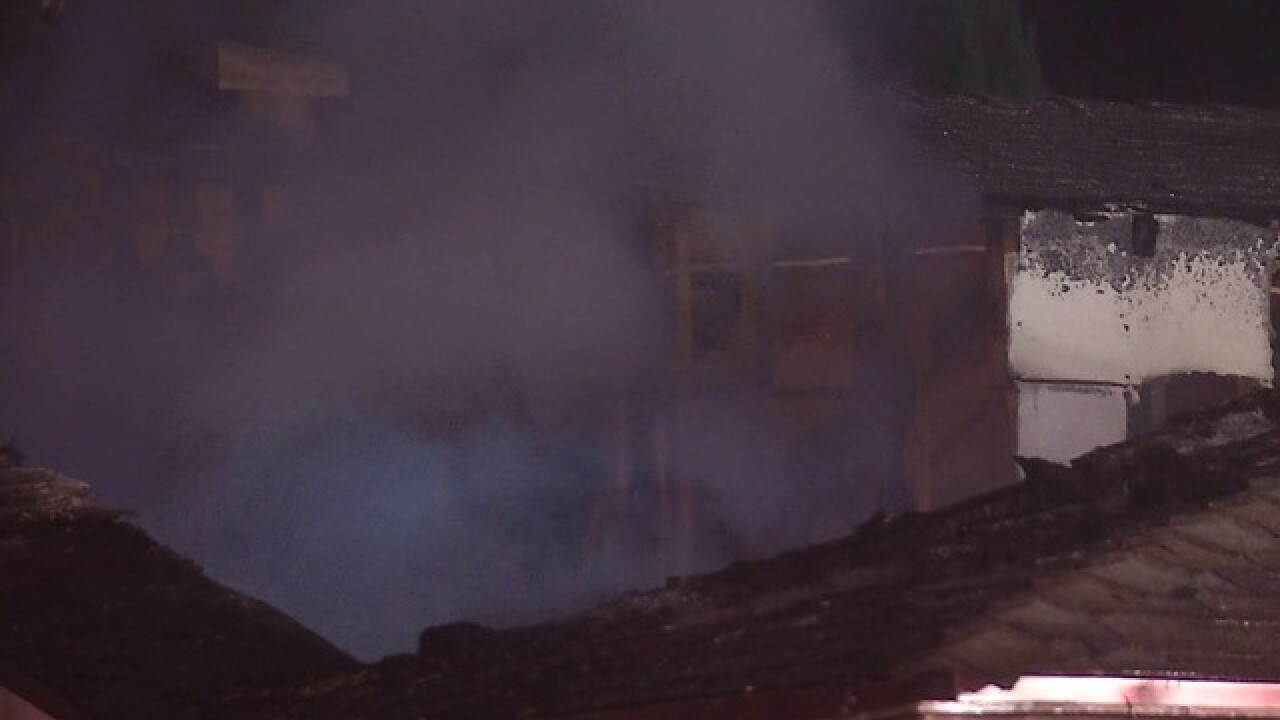 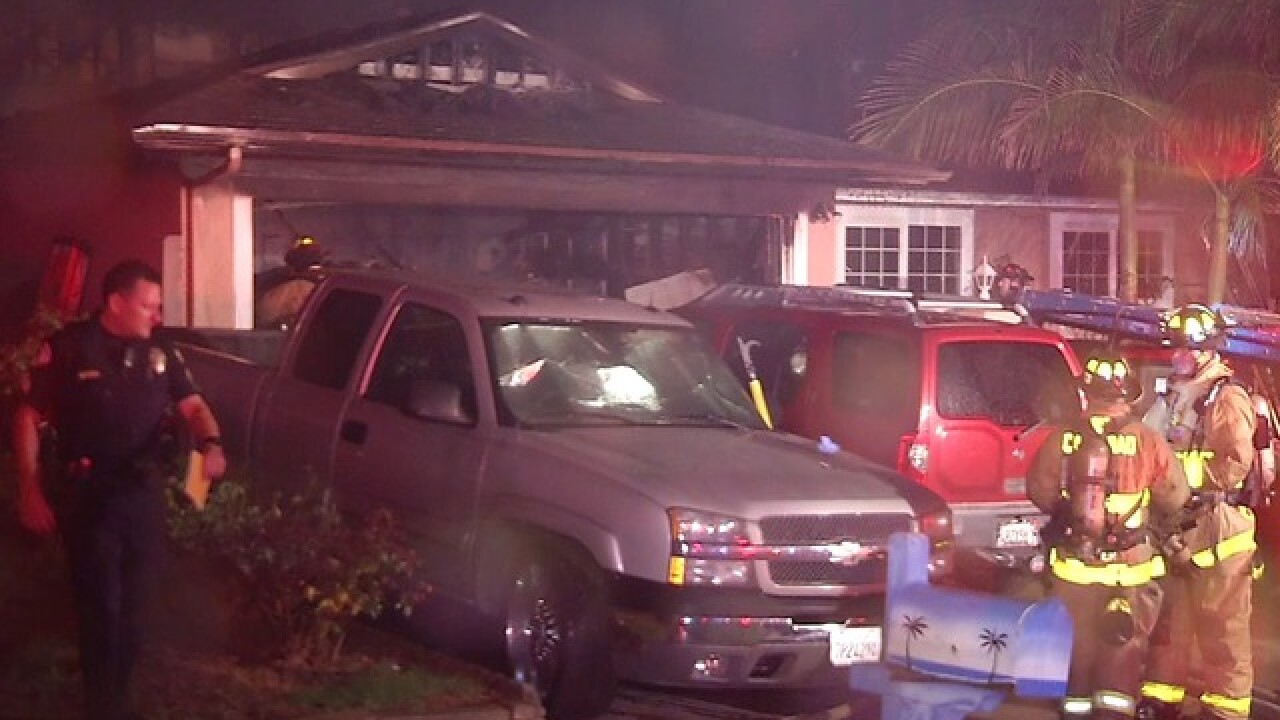 OCEANSIDE – A fire destroyed a garage and damaged a home near MiraCosta College in Oceanside early Monday, causing an estimated $200,000 in damages, authorities said.
Firefighters reached the scene shortly before 1 a.m. and found the garage on Heather Lane near College Boulevard in flames and the fire spreading to the single-story residence, said Battalion Chief Pete Lawrence of the Oceanside Fire Department.
The crews were initially told up to six people could be trapped inside but found no one in the burning home. Lawrence said three people safely escaped before firefighters arrived.
"Apparently, the first arriving police officer had asked how many people were still inside the structure and one of the occupants, not being a native English speaker, reported the total number of people living in the structure," Lawrence said.
The home's garage was destroyed, and its kitchen and living room sustained extensive damage. Lawrence said there was also smoke damage throughout the entire residence.
Firefighters from Oceanside, Vista and Carlsbad had the fire under control around 1:30 a.m., according to the battalion chief.
Lawrence said the fire caused about $150,000 in damage to the structure, about $35,000 to the contents and destroyed a vehicle worth about $15,000.
The cause of the blaze was not immediately determined, but investigators do not believe it was arson, he said.
Scripps Only Content 2015