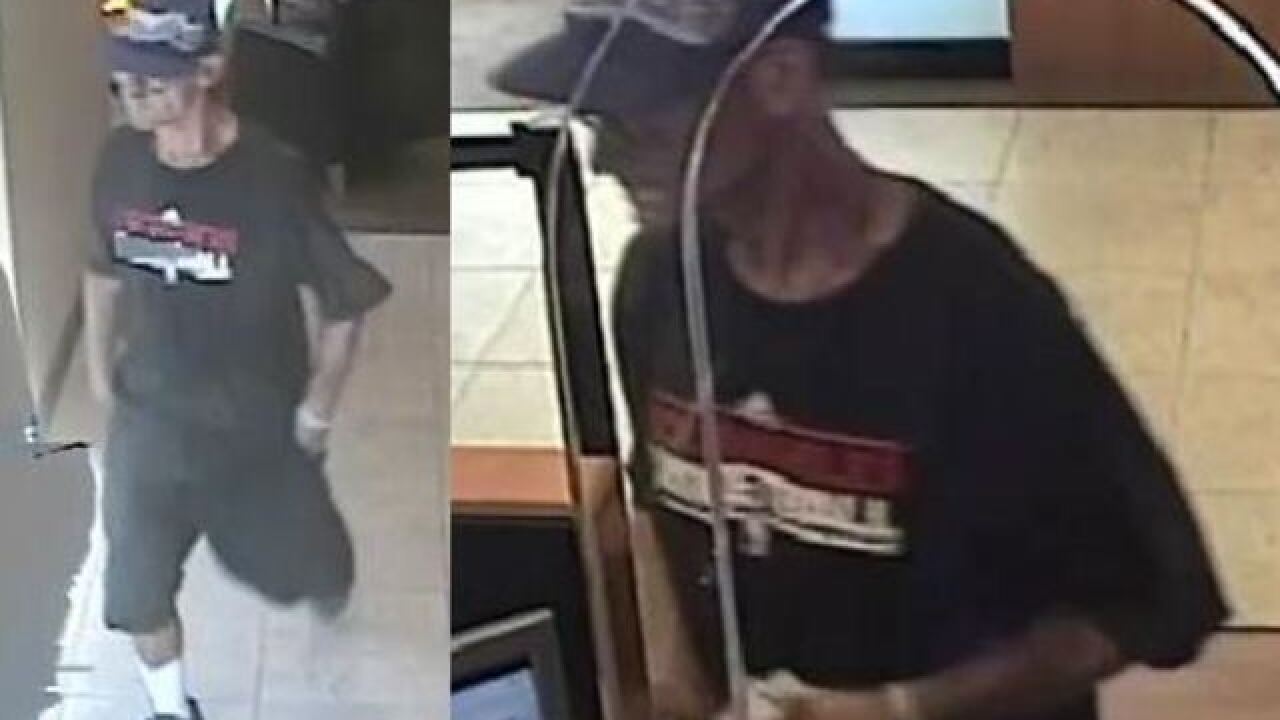 (KGTV) - Federal agents are searching for a robbery suspect that walked into a bank near Balboa Park this week and left with an unknown amount of cash.

The suspect walked into a Chase Bank located at 2551 5th Ave. just before 3 p.m. Wednesday, according to the Federal Bureau of Investigation (FBI).

Surveillance footage showed the man walking into the bank and stopping at a counter, where he stood writing on a piece of paper across from another customer.

The man can be seen taking the note to a teller and waiting to be given money, before briskly walking out of the bank.

He is believed to have fled the area on a bicycle, according to the FBI.

The man is described as a white male in his 50s, about 5-foot-5, and with a thin build. He was last seen wearing a dark baseball cap, eyeglasses, a dark colored shirt, and dark pants.