30-vehicle crash shuts down I-5 near Bakersfield 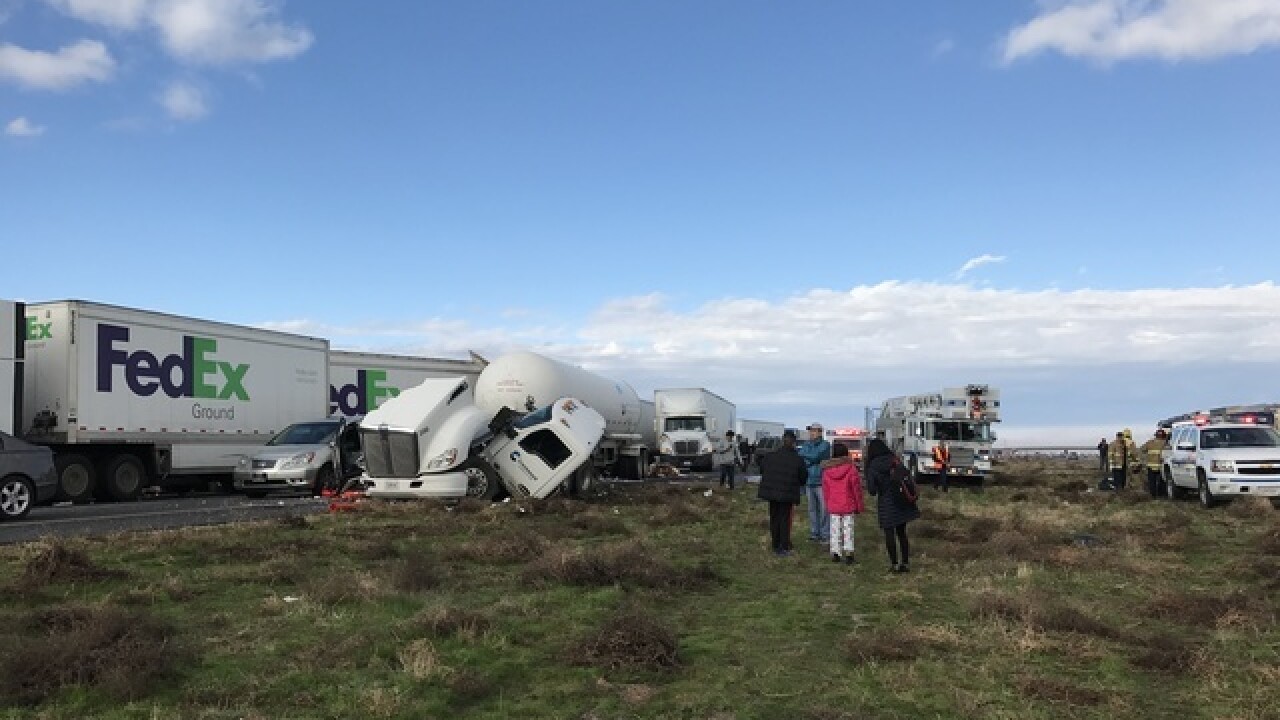 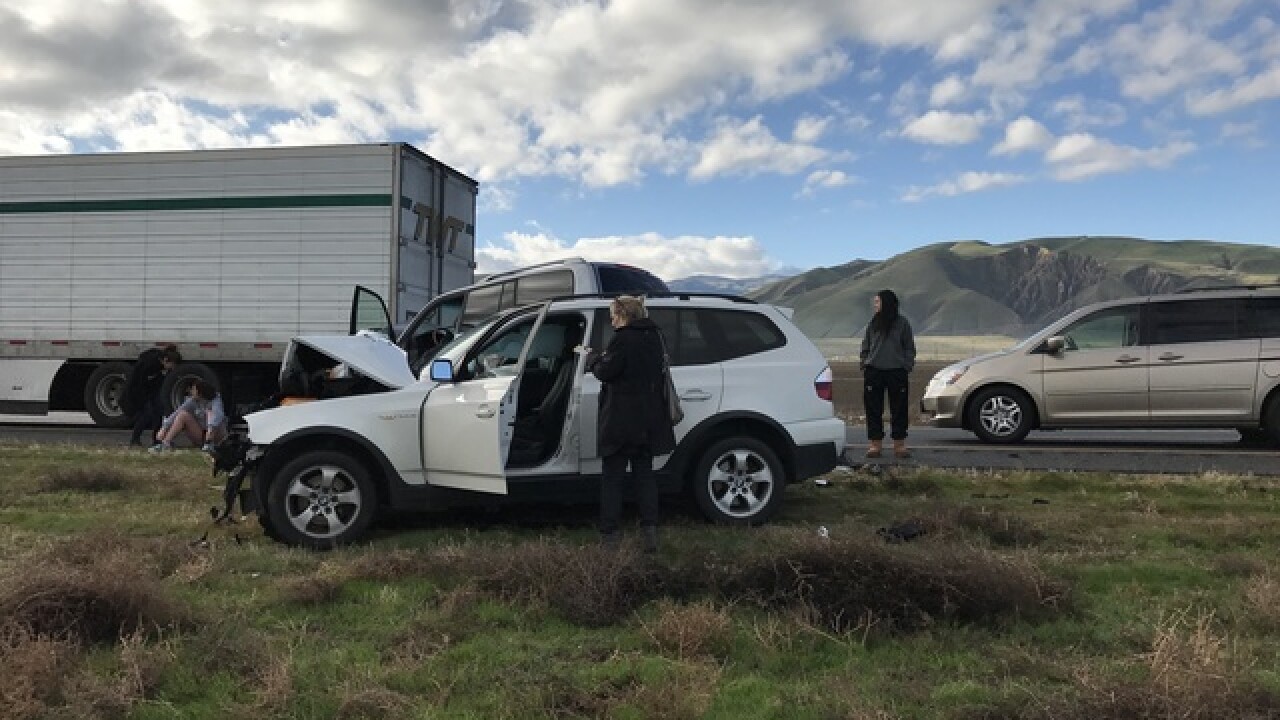 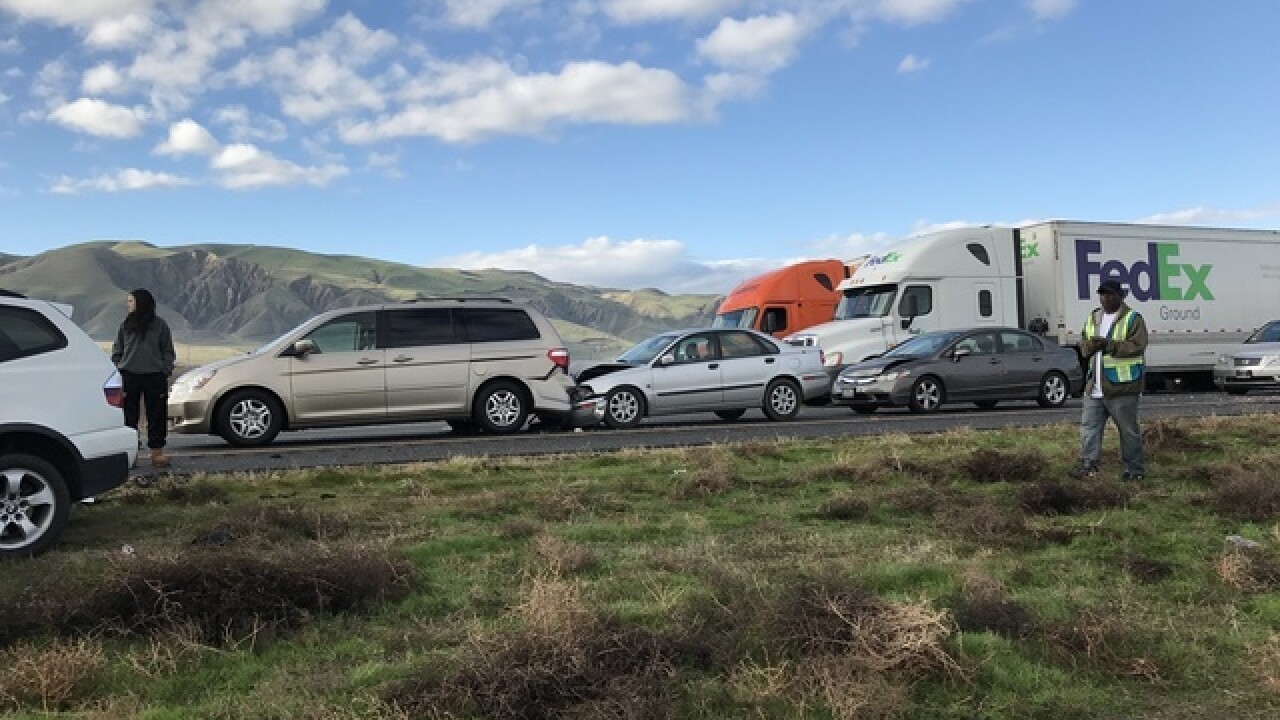 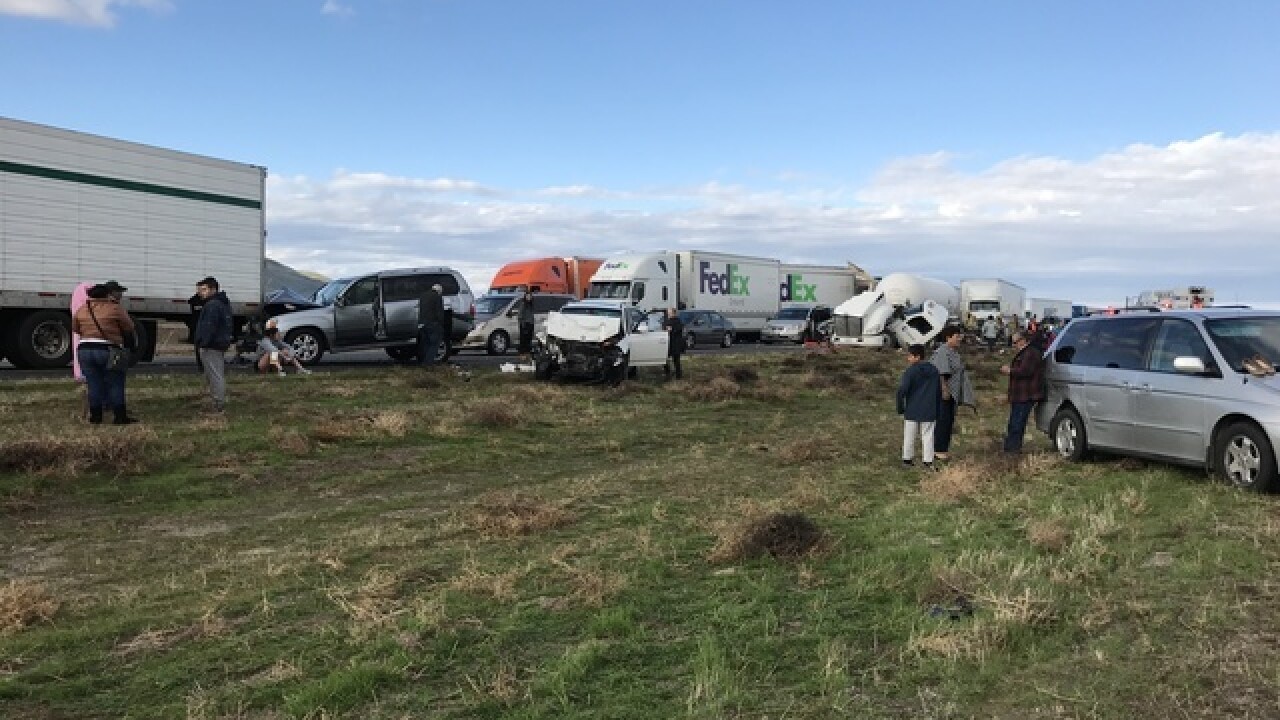 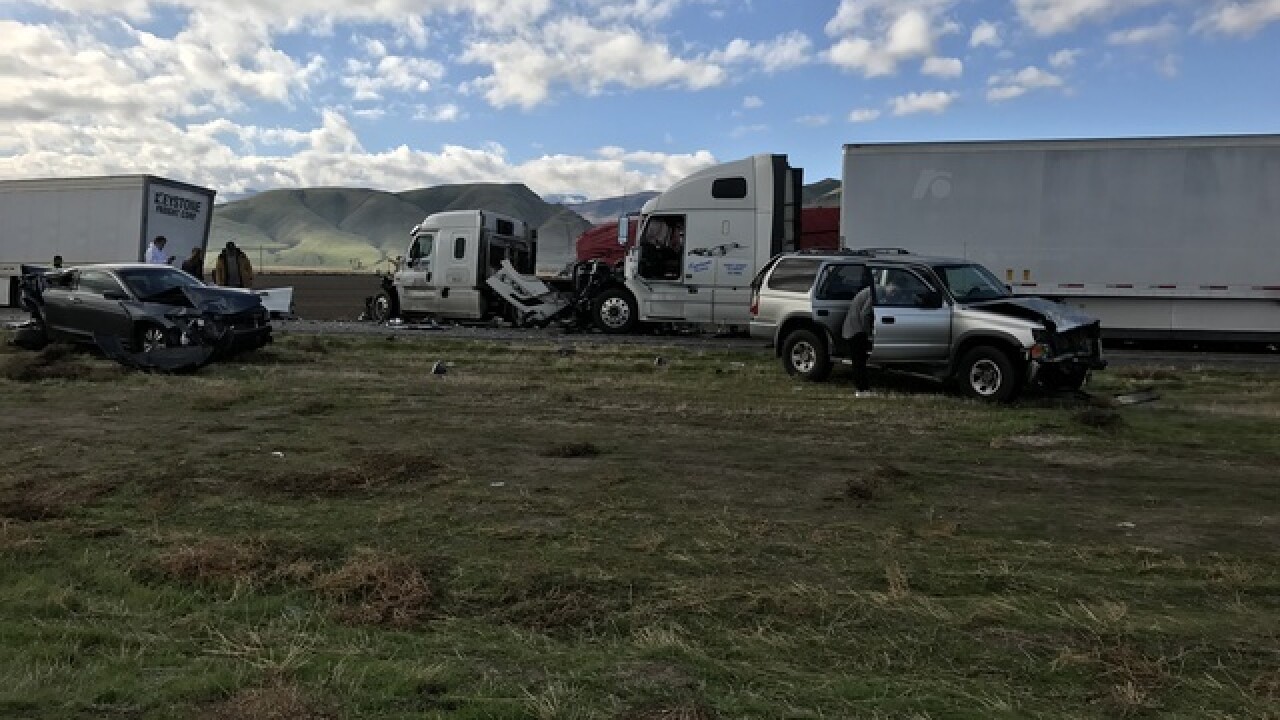 By: KERO
Posted at 12:11 PM, Dec 31, 2016
BAKERSFIELD, Calif. - The California Highway Patrol is responding to a multiple vehicle crash on southbound I-5.
It happened just before 9:00 a.m. Initial reports are that nearly 30 vehicles were involved. Multiple injuries have been reported. Two people have been confirmed dead.
Southbound lanes of I-5 are shut down just north of the I-5/99 split.
It is suggested that drivers take an alternate route.
It is unknown when the roadway will reopen.
This is a developing story and will be updated.
Copyright 2016 Scripps Media, Inc. All rights reserved. This material may not be published, broadcast, rewritten, or redistributed.