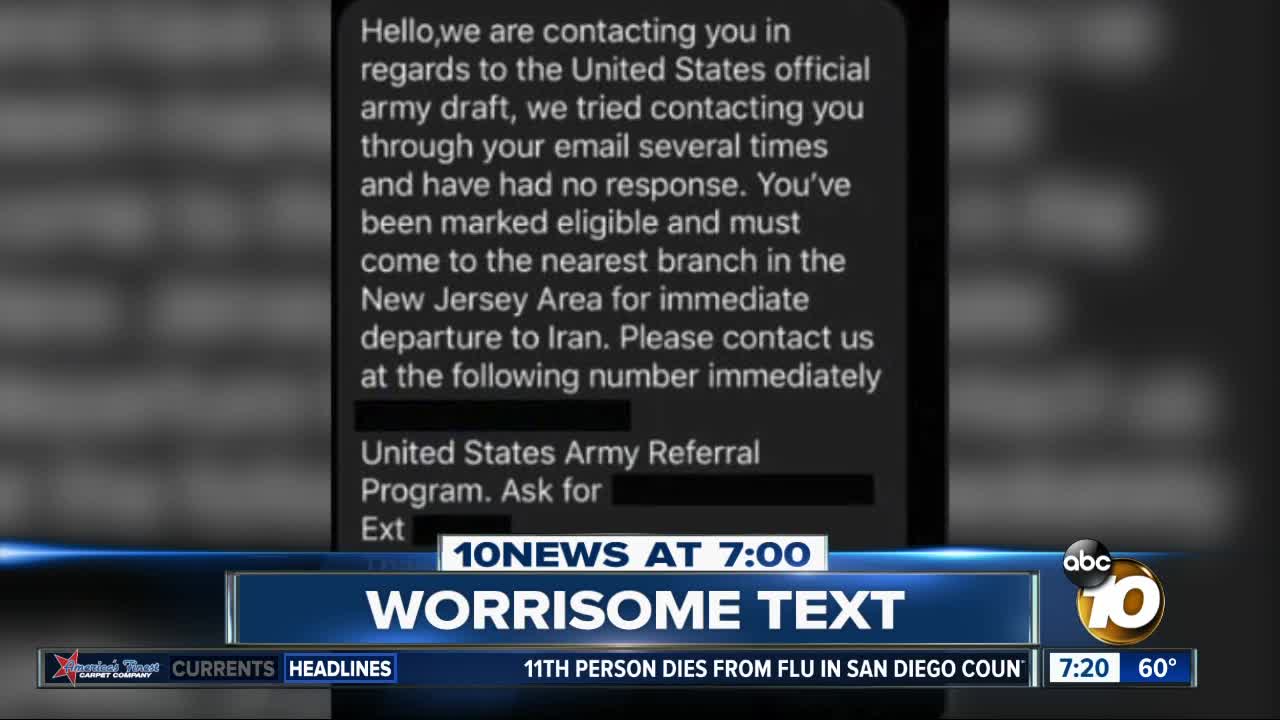 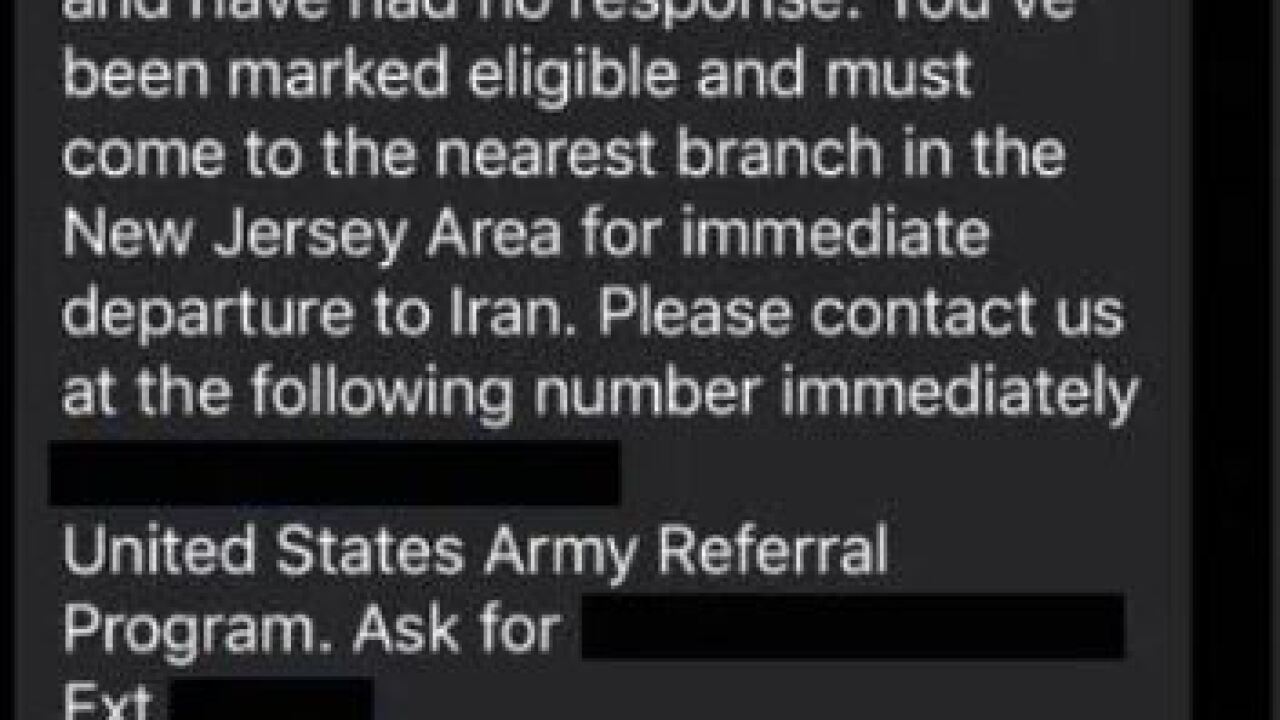 (KGTV) - Is the army really sending texts to young people letting them know they've been drafted and that they need to report to the nearest military branch?

The draft was last used in 1973 during the Vietnam War.

The Army Recruiting Command put out a statment making it clear there is no draft and registering for the Selective Service does not enlist a person in the military.

It's not clear who is sending out the phony texts.