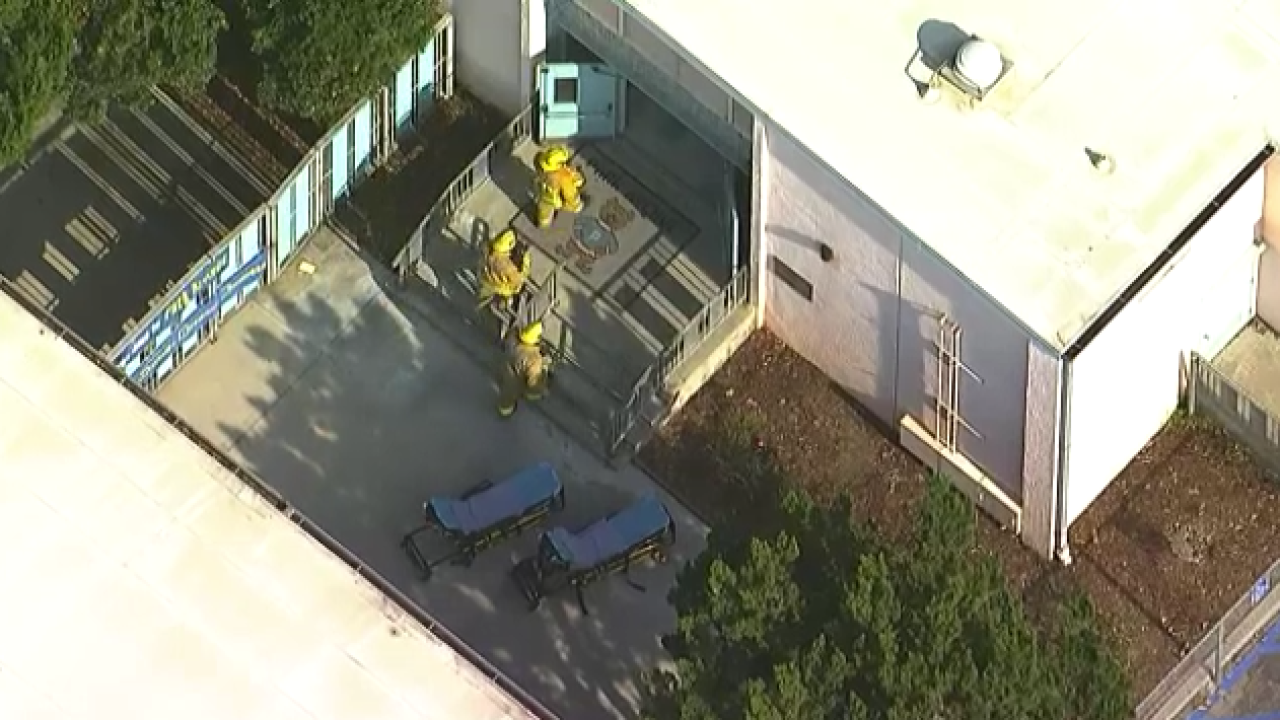 CUDAHY (CNS) - Jet fuel apparently dumped from a Delta airliner fell onto at least one school in the Cudahy area today, prompting a massive hazardous-materials response but causing only minor irritation to 17 children and nine adults.

Emergency crews responded shortly after noon to the school in the 8000 block of Park Avenue and determined that jet fuel had fallen onto the area, according to the Los Angeles County Fire Department.

The fuel is believed to have come from Delta Air Lines flight 89, which was bound for Shanghai, China, and took off from Los Angeles International Airport about 11:15 a.m., but had to return to the airfield after developing an unknown mechanical problem.

Some witnesses posted video online showing the plane flying over the Southland and dumping fuel to lighten its load for the emergency landing. The plane landed safely back at LAX around noon.

None of the children or adults complaining of irritation at the school had to be taken to a hospital.

The Los Angeles Unified School District issued a statement saying, "Students and staff were on the playground at the time and may have been sprayed by fuel or inhaled fumes. (School officials) immediately called paramedics, who are on the scene and are treating anyone who is complaining of skin irritation or breathing problems.''

According to the district, school officials were "visiting every classroom to ensure the safety and wellbeing of all students and staff.'' Representatives of the district's Office of Environmental Health and Safety and Los Angeles School Police also responded to the school.

According to Los Angeles School Police, the fuel dump also affected Jordan High School near Watts and 93rd Street Elementary School in South Los Angeles, but no serious injuries were reported and no students or staff required hospitalization.

Students were dismissed for the day at 93rd Street Elementary, but classes resumed at Jordan High, where students are scheduled to be dismissed at 3 p.m., police said.