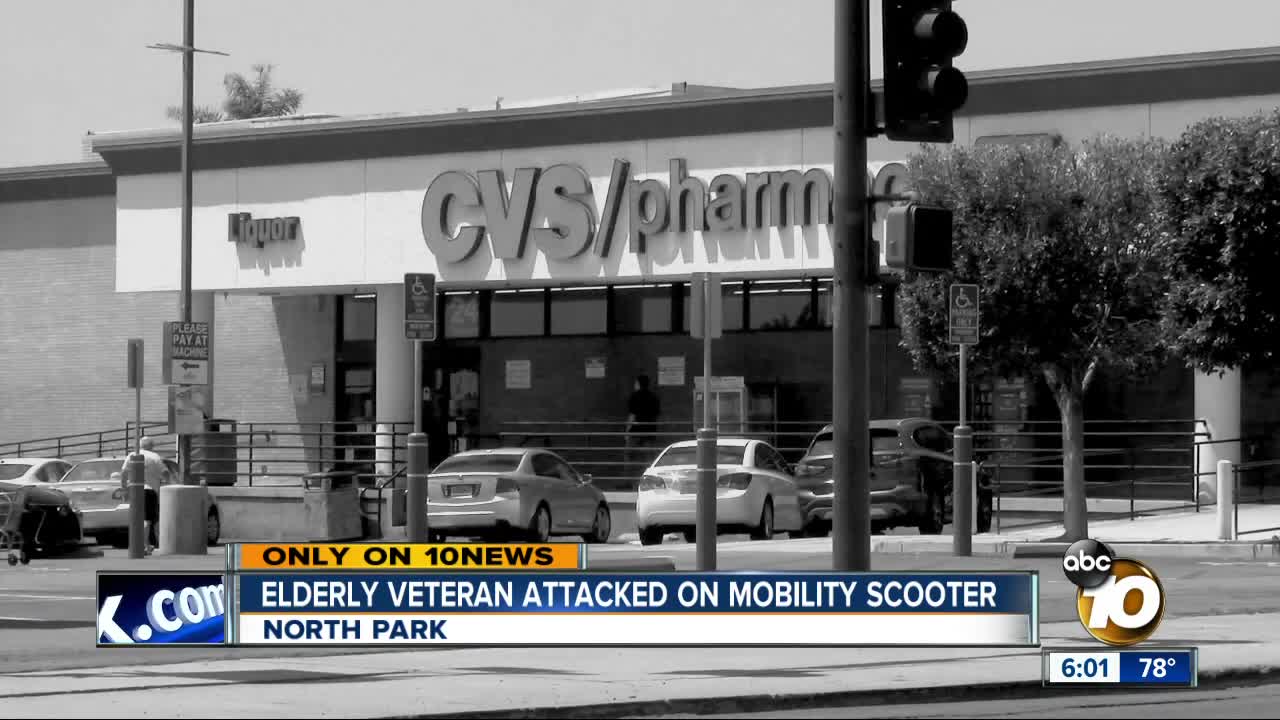 An elderly Army veteran is warning others after he was brutally attacked while riding his mobility scooter in North Park. 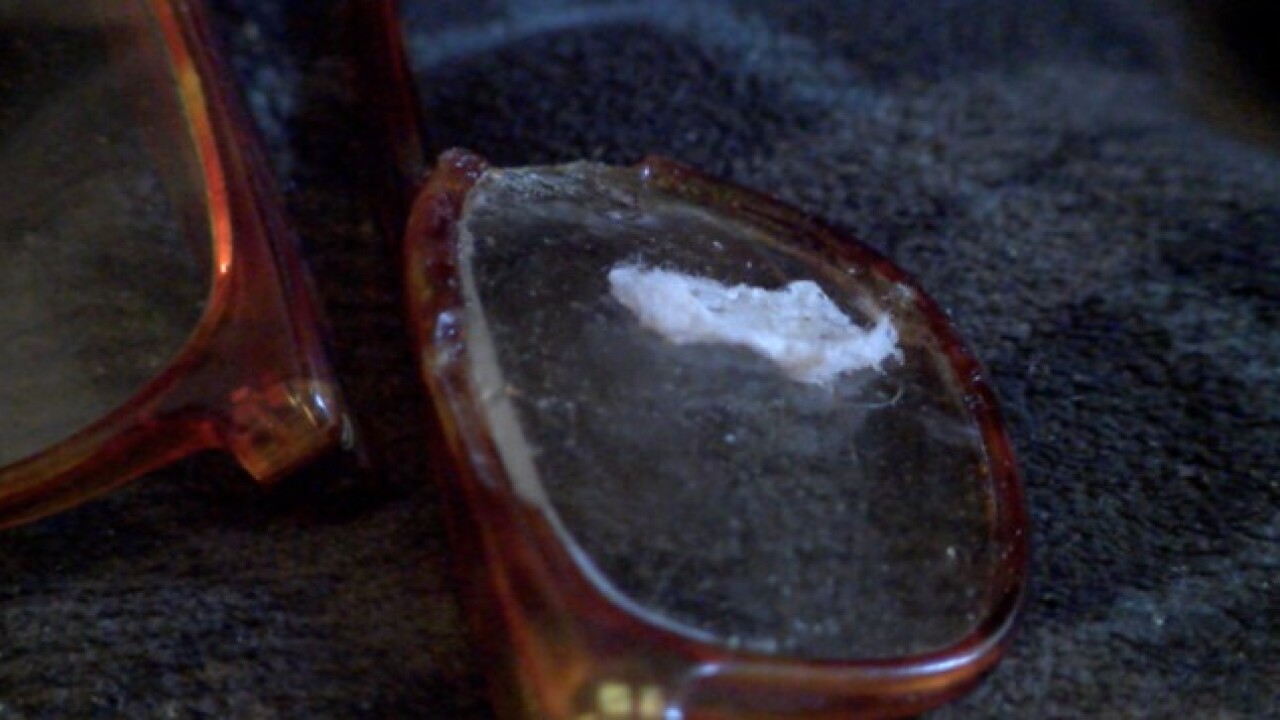 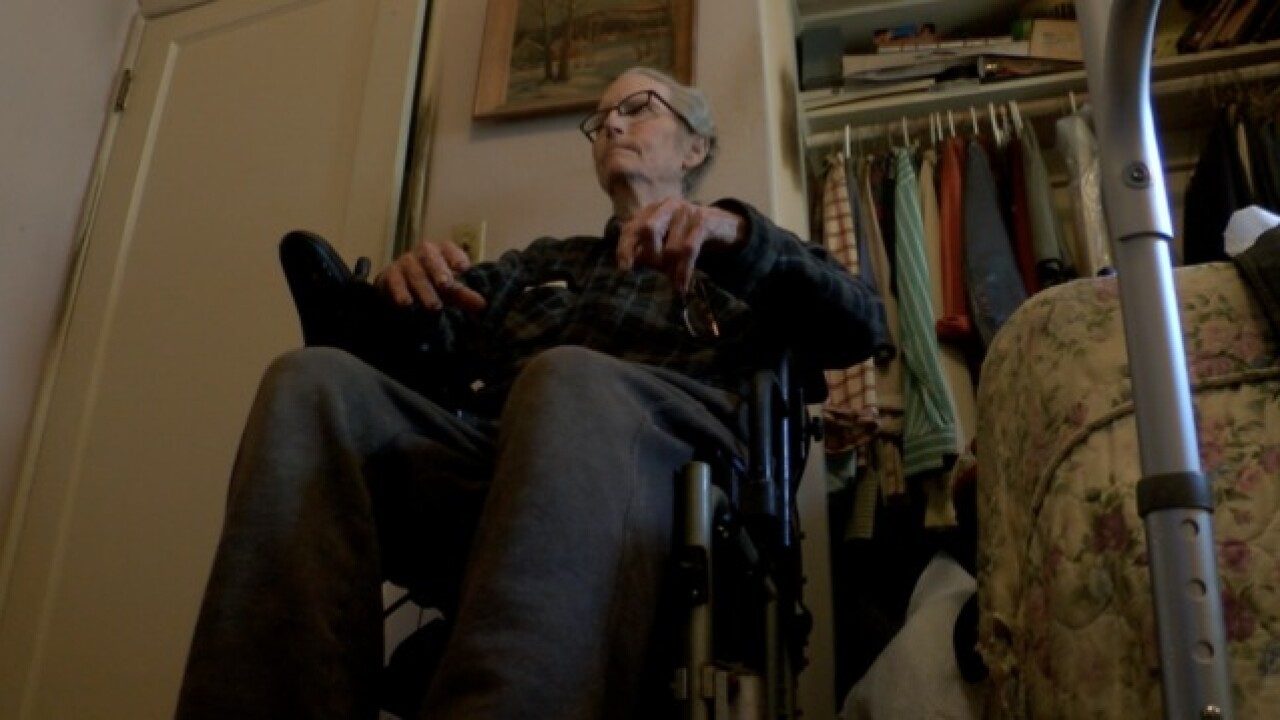 SAN DIEGO (KGTV) — An elderly Army veteran is warning others after he was brutally attacked while riding his mobility scooter in North Park.

Around 3:30 p.m. Tuesday, 81-year-old Phil Severns was headed to a grocery store on the scooter when it happened.

"I just felt a sharp blow on the right side of my head. It almost knocked me out ... My glasses came off and were broken,  and my head hurt terribly," said Severns.

Severns says he turned around and saw two concerned women who described his attacker. He looked and saw a man on the run a block away, described as a black man in his mid-20s with long hair, a lean build, and blue shirt and shorts.

At that moment, Severns says he kept thinking that he had to find out who did it. Severns decided to go after him, following him into a nearby CVS Pharmacy parking lot, where he found the man swinging a sock that appeared to be filled with rocks.

"Confronted him and asked him why he hit me," said Severns.

The answer? A claim that Severns had hit him first, which Severns calls untrue. Before the man took off, there was more odd behavior.

"Just walking in circles and waving that sock," said Severns.

It appears he wasn't done. Across the street at Walgreens, managers tell 10News they believe the same homeless man punched a clerk an hour later, the second such altercation with the man in the past year. It's a revelation that makes Severns more fearful.

"He's dangerous and acting crazy. I think he's having fun and needs to be caught," said Severns.

Severns says the pain has faded and he didn't suffer any serious injuries.