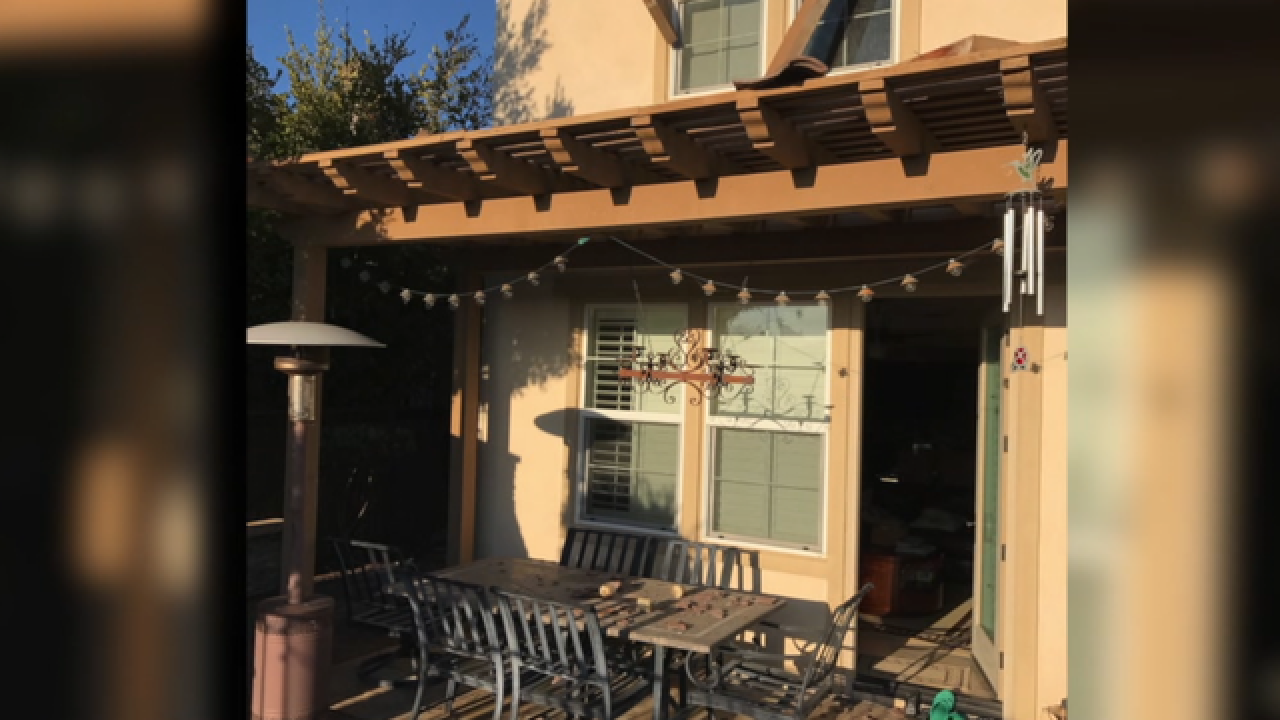 CARLSBAD (KGTV) - A north county family says an overhang on their house broke apart and fell off.

They are calling on the builder to figure out what happened.

Tucked away in the heart of Carlsbad is a quiet and safe neighborhood the Lee family calls home.

"When we found this house we fell in love with this community, so we decided to move into this neighborhood,” Lee said.

The family moved into the house a little more than a decade ago.

At the time the house was brand new.

“The kids love playing soccer here, barbecue in the summertime, so we really enjoy spending time in the backyard,” he said.

About two weeks ago David says that that love of the backyard took a dangerous turn.

The eaves just above his son's bedroom came crashing down.

David says pieces of tile landed right where the family likes to have dinner.

"We spend a lot of time in this backyard, and at the moment when it collapsed everyone was inside the house,” he said.

David says he called the builder to see if they would fix it.

"The response I got was a little bit disappointing,” he said. “They said it's a little over ten years that we moved in so it is our responsibility, it's a maintenance issue.”

The warranty period was over.

David says the company suggested he called a general contractor.

He tells me he did and by their assessment, “he couldn’t believe that this thing happened.”

David claims he tried to get the builder to at least come out to the house and see what happened, but they didn’t seem interested.

He says there are other houses in the community with a similar setup and he’s worried someone else could get hurt.

"I want to bring some attention because if it happens in the wrong time it can really hurt.”

In a statement, a spokesperson for the builder said, “The safety and well-being of our homeowners is very important to us and we’re thankful that nobody was hurt during this incident. We have reached out to the homeowners to schedule a visit to the home to investigate what may have caused this to happen. We have no service history pertaining to similar problems for other homes in this community nor is there any reason to believe this could become a widespread issue.”