SAN DIEGO (KGTV) - A trip to San Diego's East Village shows a visual improvement in homeless camps on the street since the shelters opened this spring, but there is still more work to be done.

“It’s clean, there’s no debris, there’s no garbage. Everyone has moved,” Rygersberg said. “All the tents are gone, all the clutter’s gone and it’s definitely not as scary.”

Photos show the difference between September 2017 and June 2018. 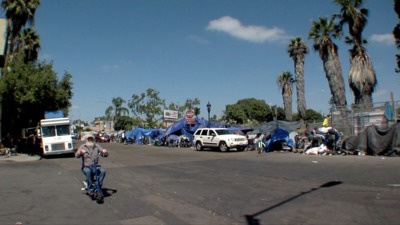 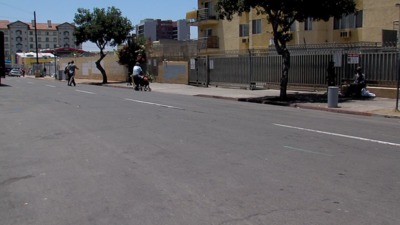 Rygersberg described the homeless situation as ‘out of control’ during the height of the hepatitis A epidemic last year. Since then, the city has opened three bridge shelters.

In a scientific 10News/San Diego Union-Tribune poll, 800 San Diegans who were surveyed said the city's homeless efforts were not enough. When asked who is most responsible for reducing homelessness, 53 percent said elected officials and 18 percent pointed to the homeless and their families.

In May, the mayor’s office defended the shelters, saying the early numbers were promising. The City of San Diego is undergoing a third-party analysis to help make adjustments to the operation and management of the shelters in hopes of helping even more people.