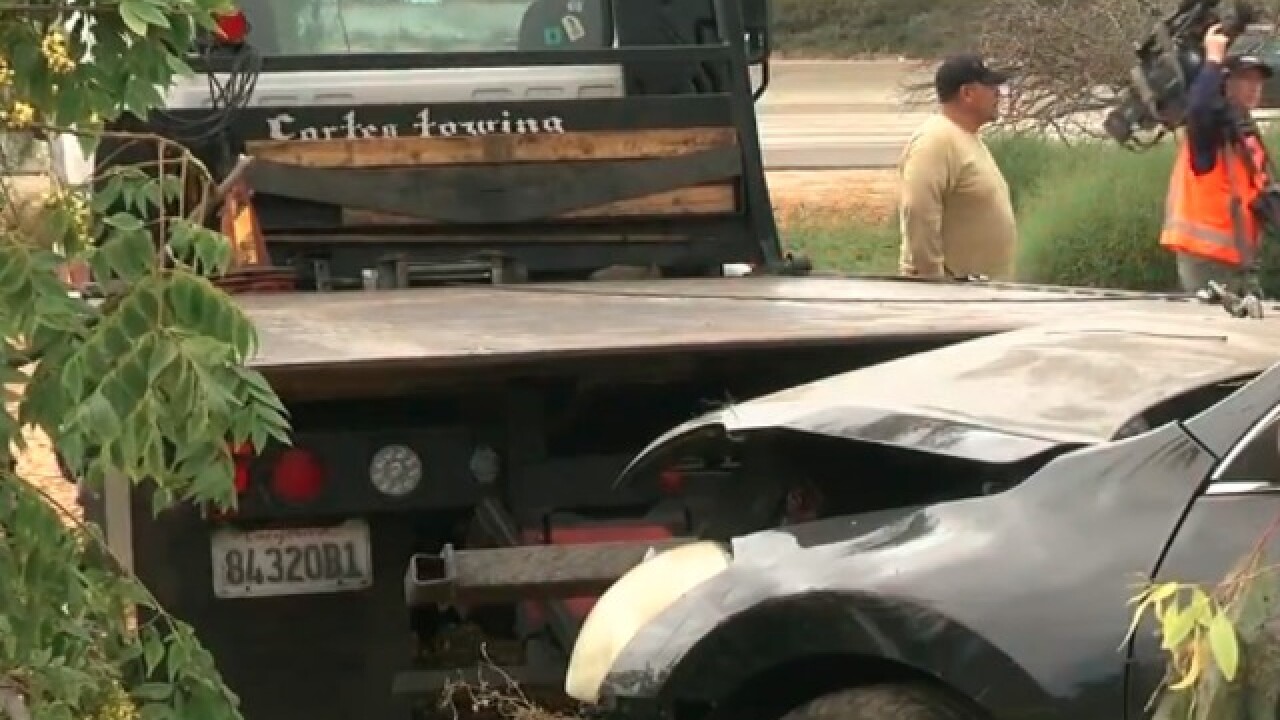 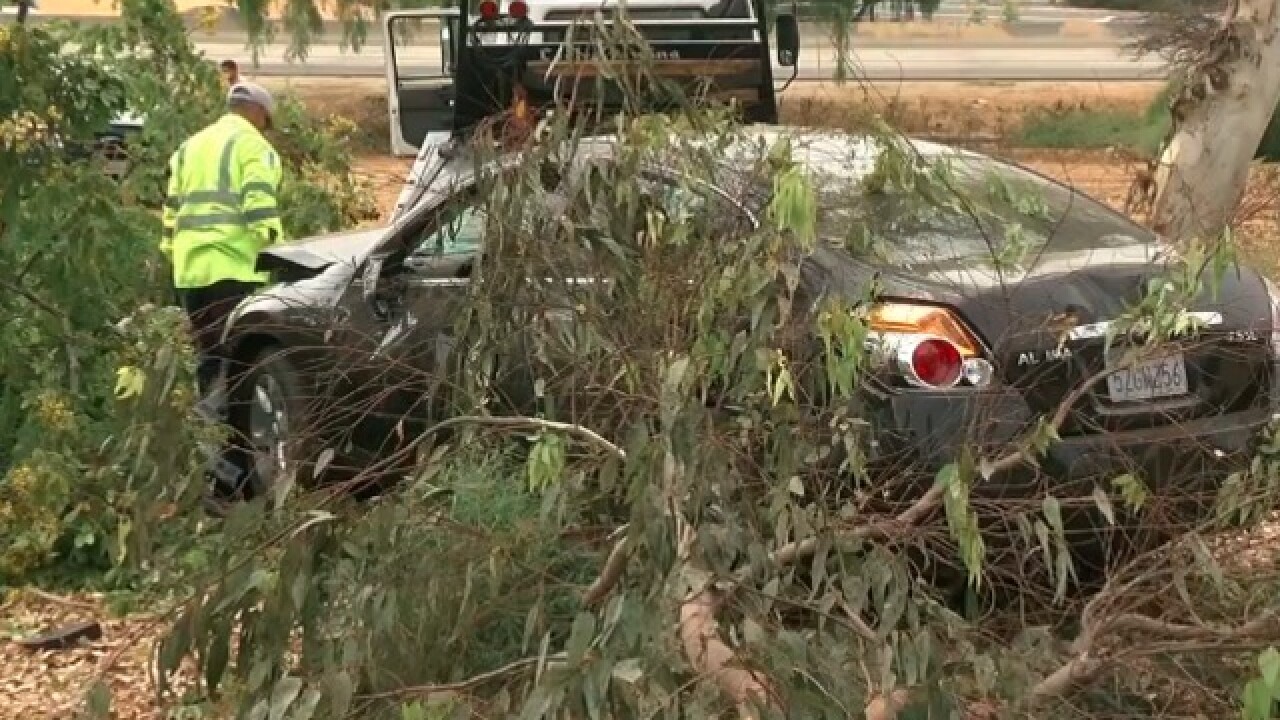 SAN DIEGO (KGTV) -- A man suspected of driving under the influence before crashing his car down an embankment was arrested Monday afternoon.

Police say the man, believed to be driving while intoxicated, rolled his car down an embankment and struck a tree in I-5 north near Palm Avenue around 1 p.m.

Several people stopped to help the man, including a tow truck driver who captured video from the scene.

When California Highway Patrol officers arrived, the man fought back.

In total, authorities say it took about nine people and a taser to restrain the man. During the brawl, the man bit into a CHP officer’s arms.

The driver was eventually arrested and taken to jail.