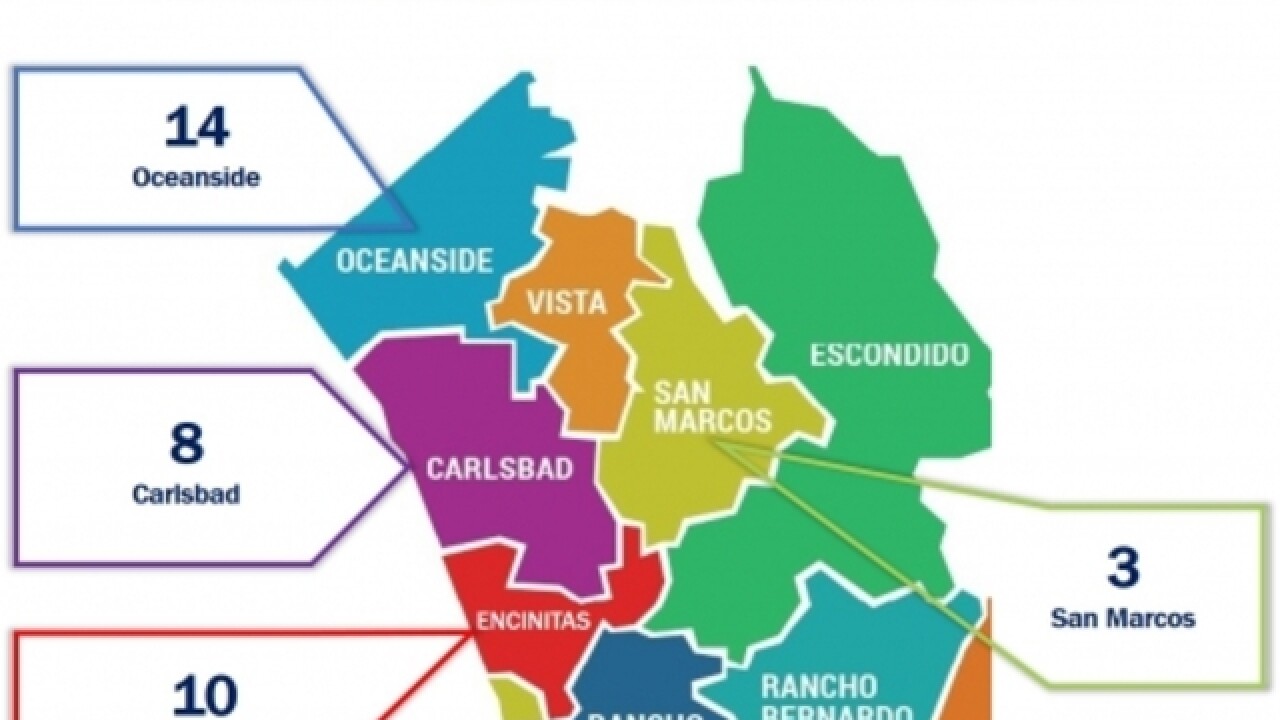 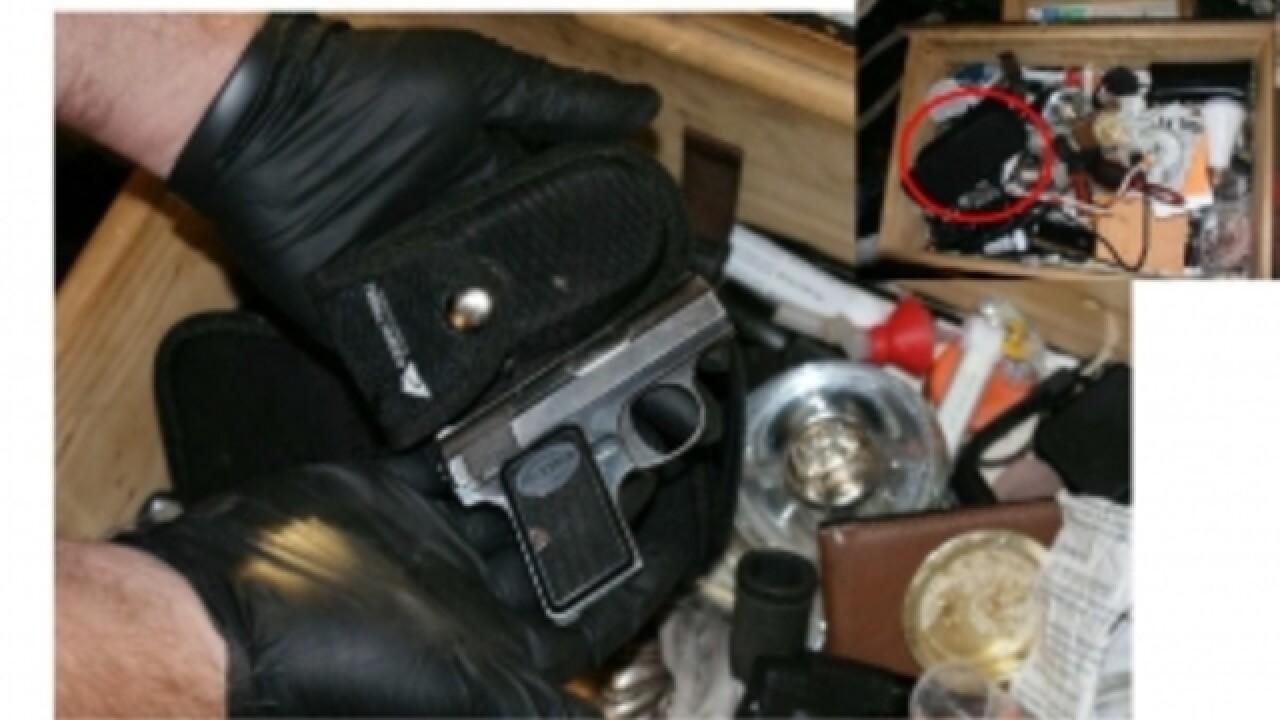 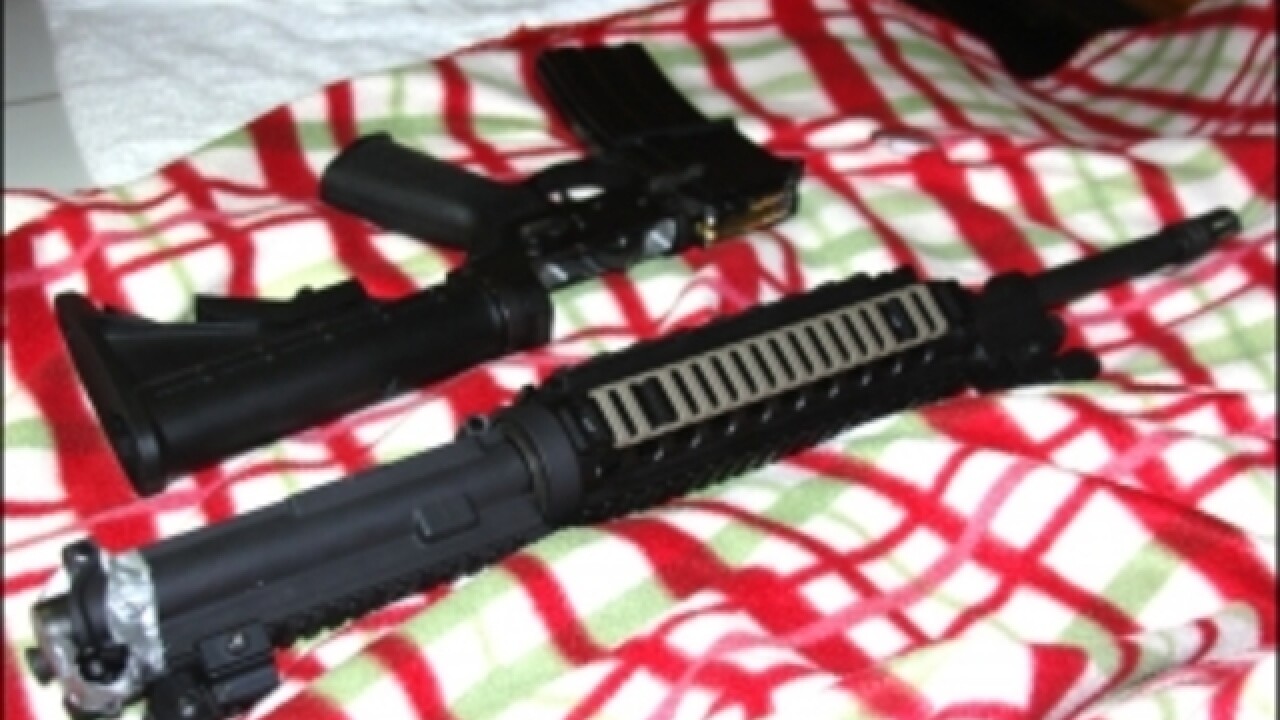 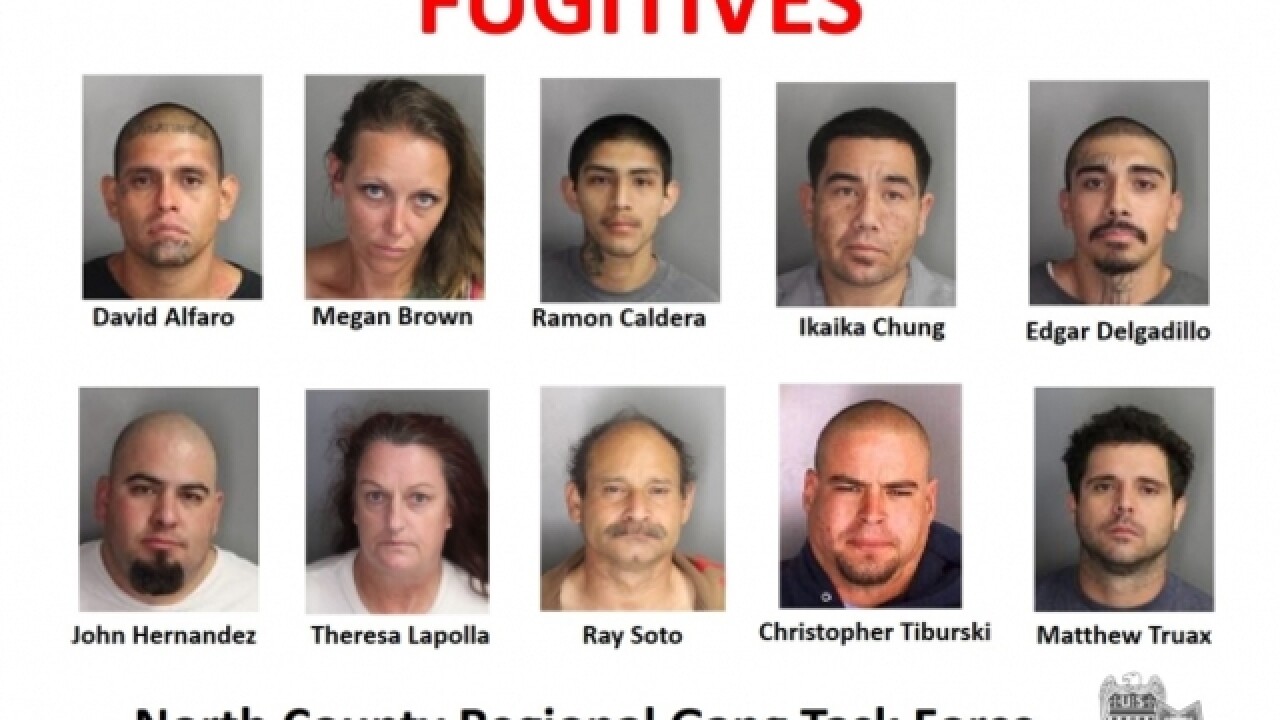 SAN DIEGO (KGTV) - Thirty-seven people were charged with drug and firearms trafficking throughout North San Diego County, according to unsealed indictments — in some case, feet away from schools.

More than 100 members of the North County Regional Gang Task Force, the FBI SWAT team, and other local agencies arrested 18 of the 37 defendants Wednesday.

Heroin, methamphetamine and fentanyl and firearms, including a semi-automatic pistol, revolvers, and a two AR-15 style assault rifles, were also seized during the arrests, according to the U.S. Attorney’s Office Southern District of California.

Wednesday's arrests are part of a federal and local investigation into street gangs operating in Encinitas, San Marcos, Oceanside, Vista, Carlsbad, Escondido, and elsewhere. Many of those arrested reportedly have ties to the Mexican Mafia, officials said.

In total, 27 of the 37 being charged are in custody, according to the U.S. Attorney’s Office Southern District of California. The remaining 10 are being sought.

"We have a special resolve to go after gangs that have the audacity to operate on the boundaries of our schools, where children play and learn," U.S. Attorney Adam L. Braverman said in a release. "The gangs are always on our radar, but when they endanger our most precious and vulnerable population – our children - we will act decisively."

Some of the narcotics trafficked were obtained in Tijuana, Mexico, investigators said, and then brought to North County gang members via "unsanitary methods."

In one instance, one alleged gang member, Theresa Lapolla, was found in possession of more than 100 grams of heroin at her home, located less than 700 feet from three Oceanside schools.