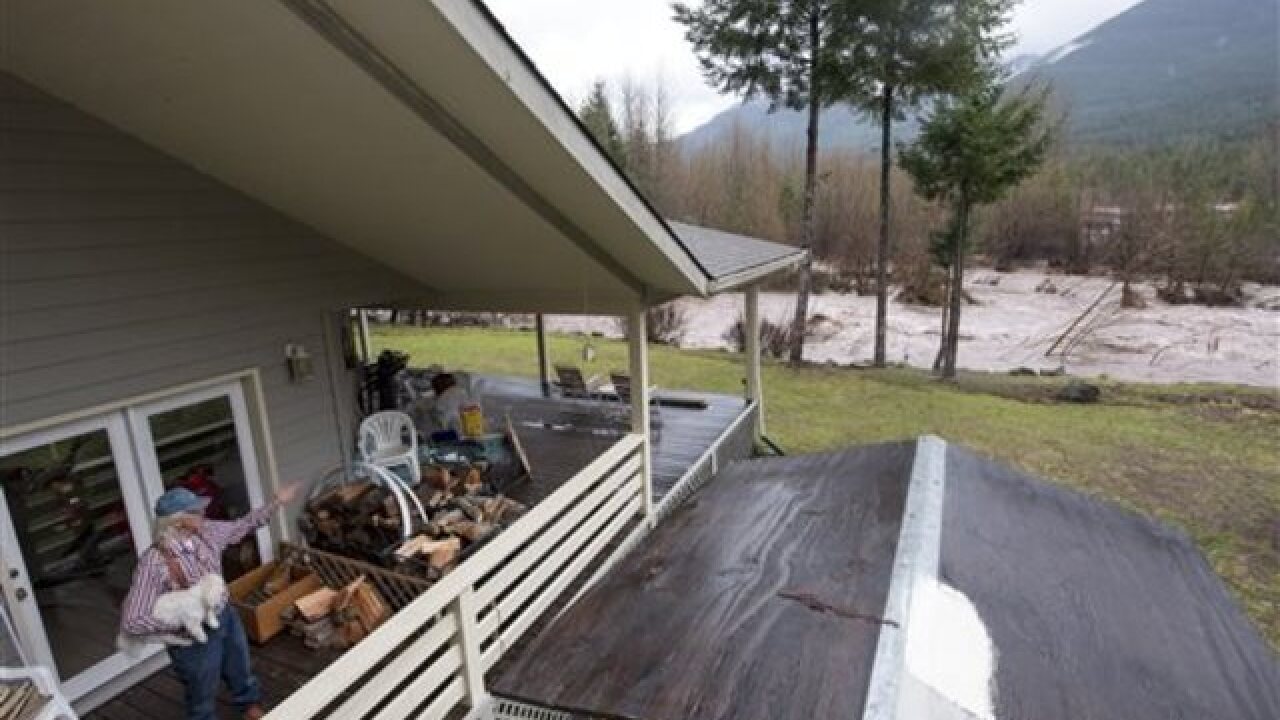 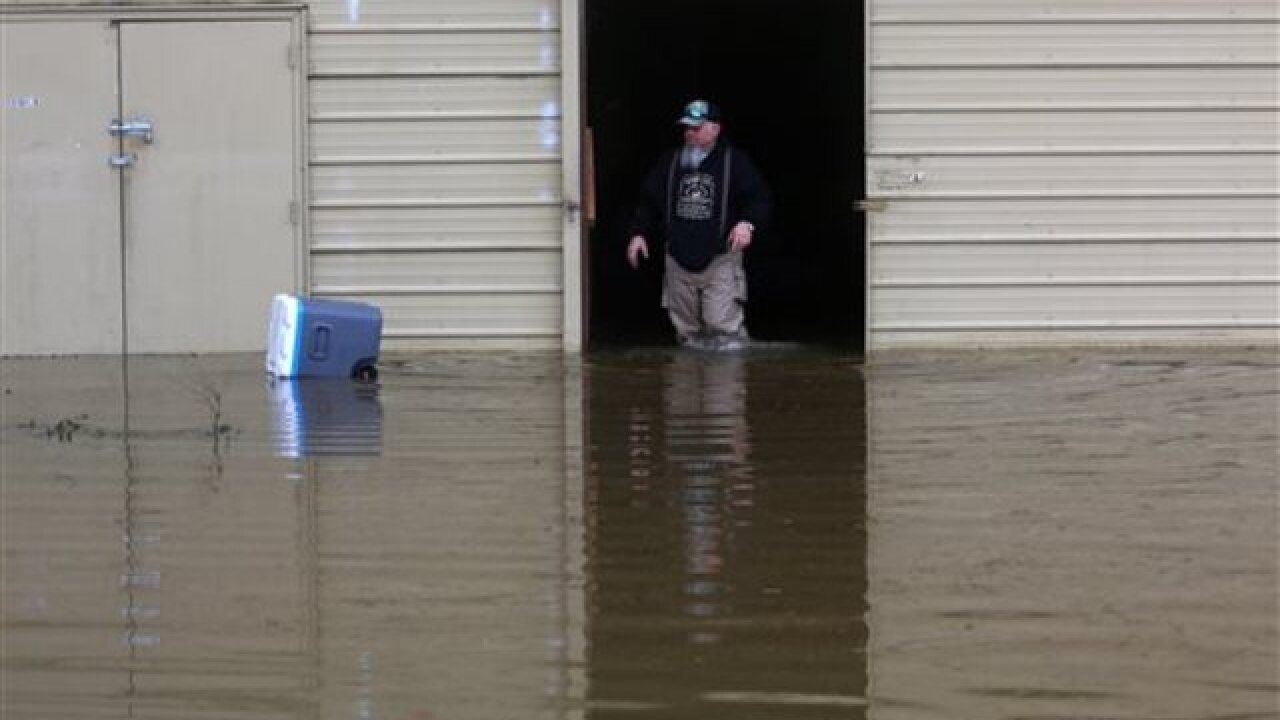 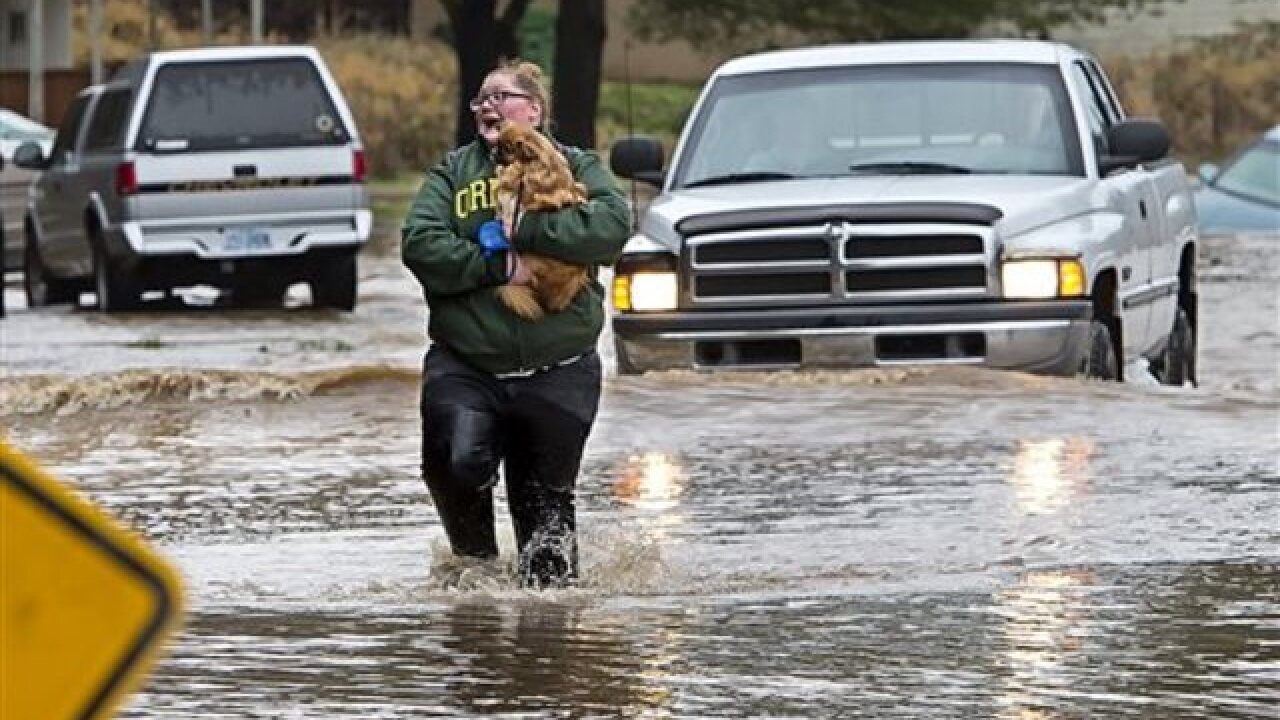 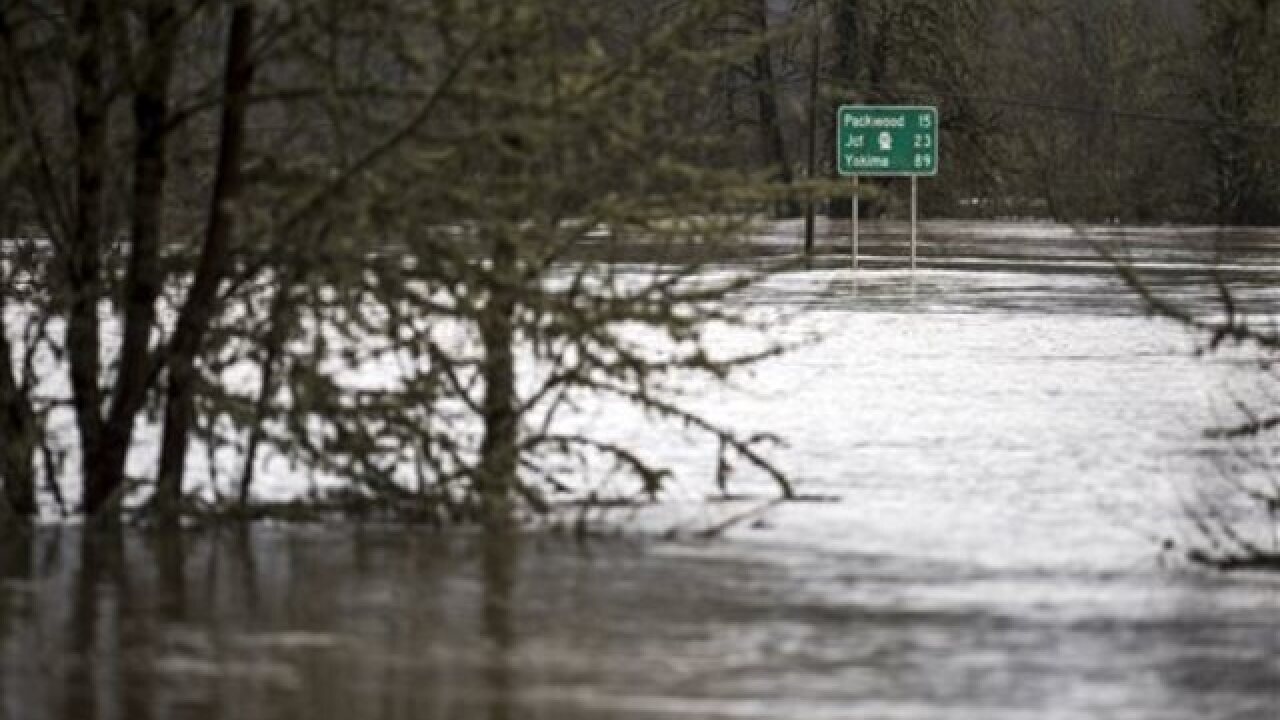 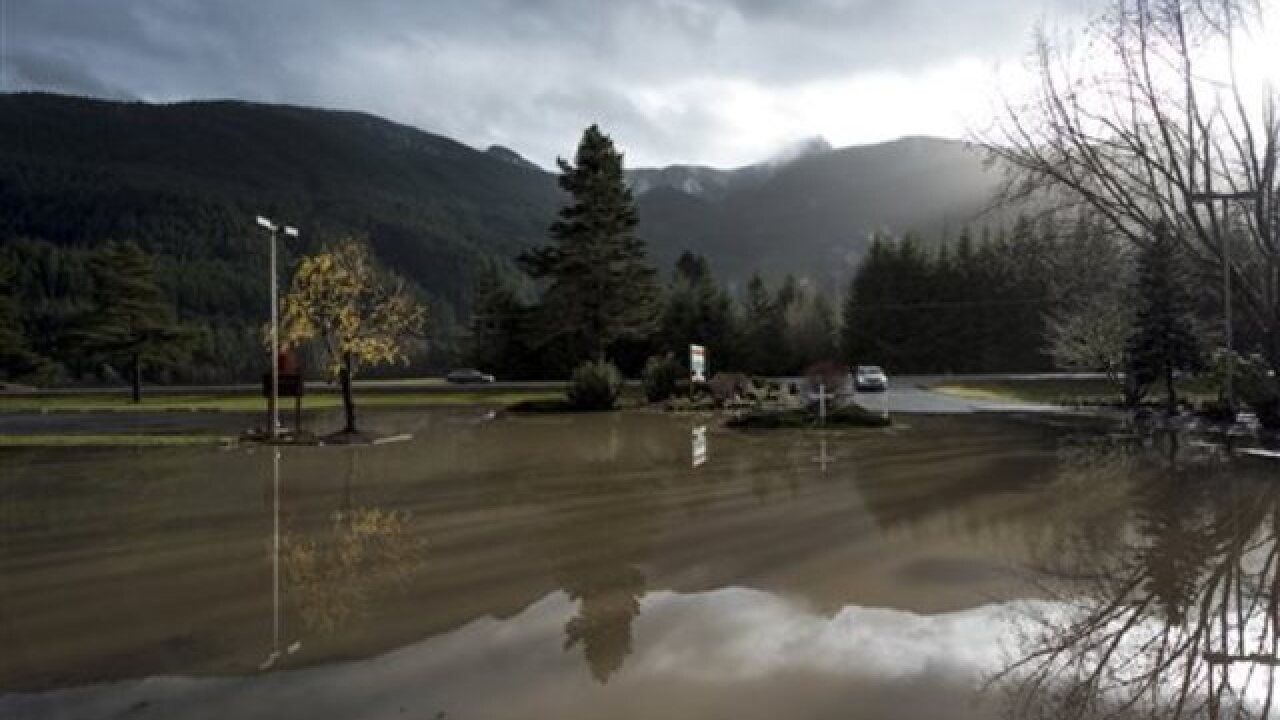 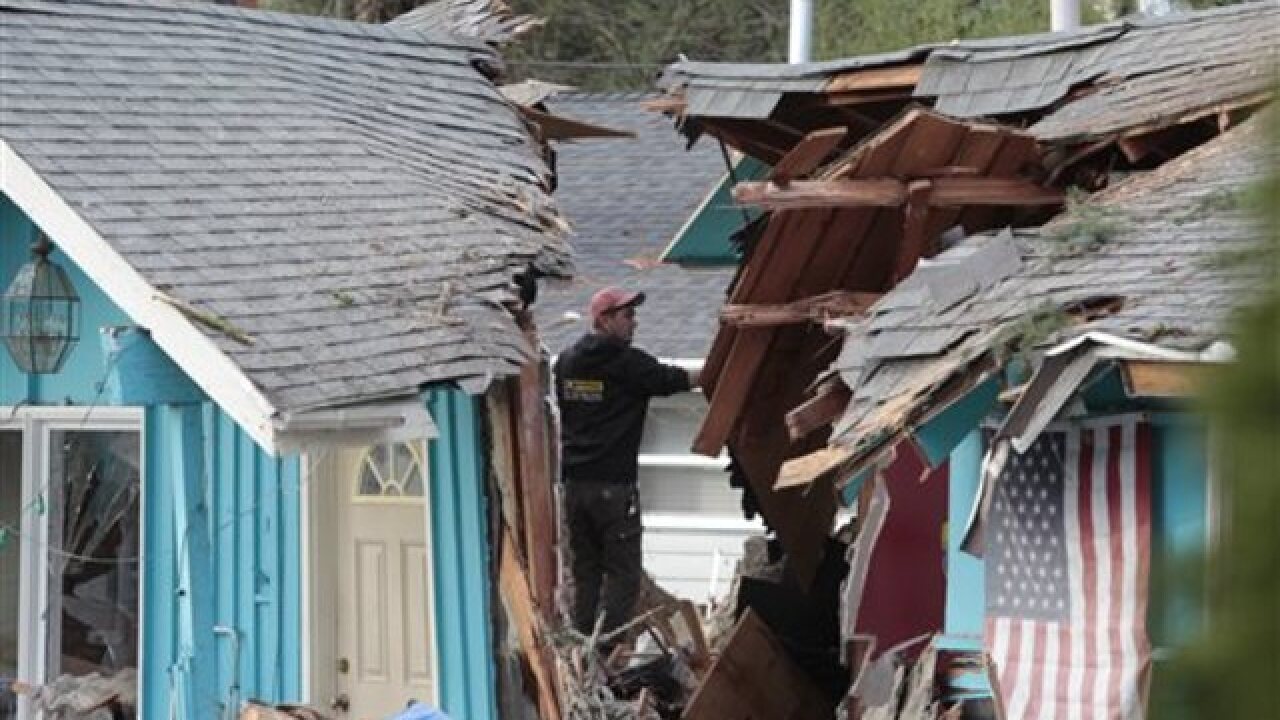 SEATTLE -- Forecasters say the dramatic storms in the Pacific Northwest that have left two people dead, flooded rivers and caused mudslides, including one that stranded drivers on a major north-south freeway, were easing up Thursday, but the threat from mudslides and flooding remained.
Drivers on Interstate 5 just 26 miles north of Portland, Oregon, have been stranded since Wednesday afternoon after northbound lanes were swamped by a massive landslide triggered by days of pounding rain.
Forecasters at the National Weather Service say more landslides could be on the way, as rain soaked hillsides are expected to remain wet through the weekend.
"The threat of landslides doesn't end when the rain does," said Kirby Cook, science and operations officer with the weather service office in Seattle.
The other weather danger hanging over the Pacific Northwest comes from high waves on the coast and inland waters that could cause coastal flooding, Cook said.
More storms are coming, but nothing as strong as earlier this week. Steady rain of the usual winter variety is expected in Oregon and Washington over the next few days. The major storms have shifted south into California.
Residents throughout western Washington and Oregon were assessing damage Wednesday from the heavy rains and strong winds when another storm hit that night, cutting power to more residents and businesses.
People who live along the Snoqualmie River in Washington state are used to waters cresting the banks but the storms that slammed the Pacific Northwest this week were more intense and destructive than the locals have seen in some time.
"This year, we've already had three or four floods already," Eric West said in Fall City, 25 miles east of Seattle. "This one is the worst." Forecasters say more rain is on the way Thursday and through the weekend.
On Wednesday afternoon, a woman was found dead inside a vehicle in knee-to-waist deep water in Clatskanie, Oregon, after firefighters rescued her husband found standing on top of the car.
Oregon State Police identified her as 72-year-old Penny Forrest. It's unclear if her husband, Richard Forrest, will be cited for going around a road closure and driving into flood waters, said Lt. Bill Fugate.
In Portland, a large Douglas fir tree crashed into a home early Wednesday, killing a 60-year-old woman who was in bed.
Dennis Elleson told The Oregonian his wife, Roberta "Bobbi" Elleson, had moved to a different bedroom to sleep a few hours before.
"I ran in the bedroom and she was moaning," Dennis Elleson told the newspaper. "I went to her side and told her, 'Hang on. Hang on.'"
He said he couldn't move the tree and tried to find a place for her to get air, but it was too late.
In western Washington, crews rescued seven people who were swept into the Puyallup River from a riverbank homeless camp Wednesday morning.
Someone called 911 around 6:30 a.m. Wednesday to report that people were in the river up to their waists and chests beneath the State Route 512 overpass.
Nearby, a small RV park was evacuated Wednesday morning as floodwaters stranded several vehicles.
Washington Gov. Jay Inslee declared a state of emergency, directing the Washington Military Department to coordinate a response.
____
AP journalists Gosia Wozniacka and Steven Dubois in Oregon and Ted Warren, Phuong Le, Manuel Valdes and Lisa Baumann in Washington state contributed to this story.
Associated Press 2015