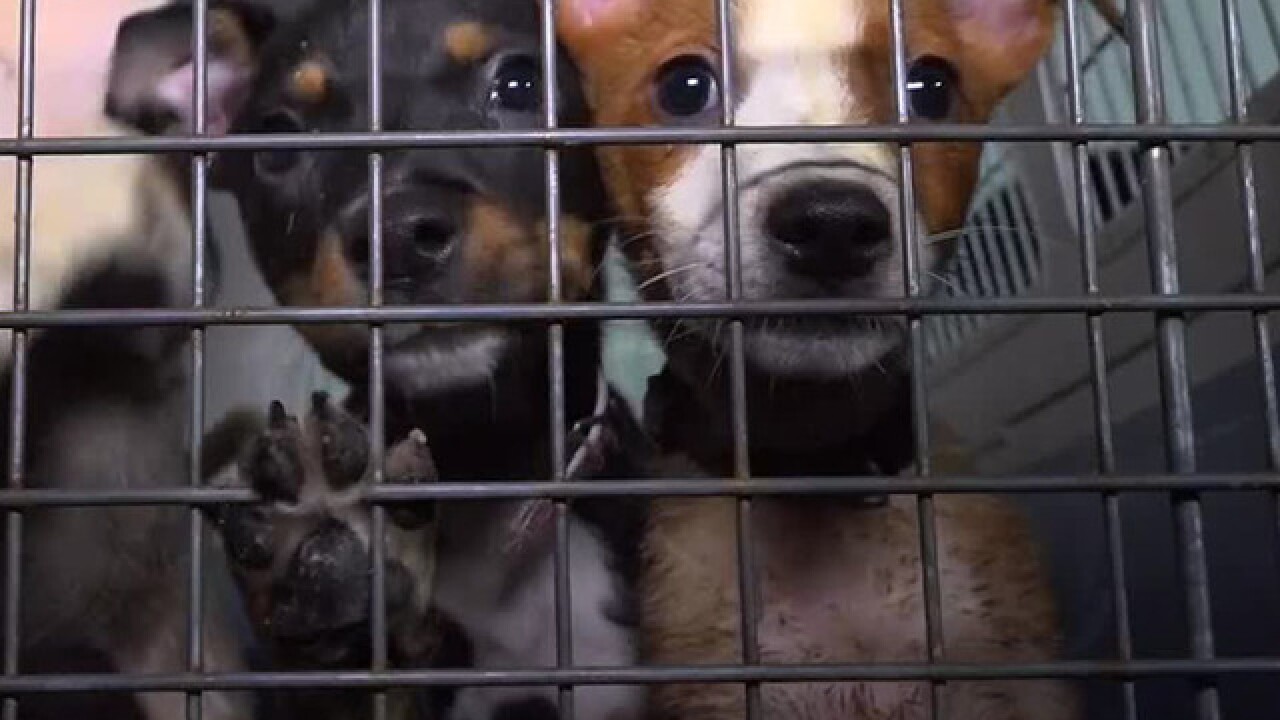 SAN DIEGO (KGTV) - Several dogs rescued from an animal shelter in Arkansas arrived in San Diego, where they will be put up for adoption.

The eight dogs and 11 puppies were flown from Arkansas to San Diego Thursday by the group Wings of Rescue, and they were taken to the Rancho Coastal Humane Society in Encinitas.

RCHS officials said there were instances where people broke into the Arkansas shelter to use the dogs as bait for fighting dogs.

According to officials, many of the dogs at the shelter suffered serious injuries and emotional trauma. The dogs taken to San Diego were removed from the shelter to avoid the possibility of being abused.

Kathy Zerkle with the RCHS said, “They’re all going to get kennels and crates and toys and food. Over the next few days, we’ll assess them medically and behaviorally. Then, we’ll put them up for adoption and they’ll all get great homes.”

10News learned an investigation into the Arkansas shelter is underway.