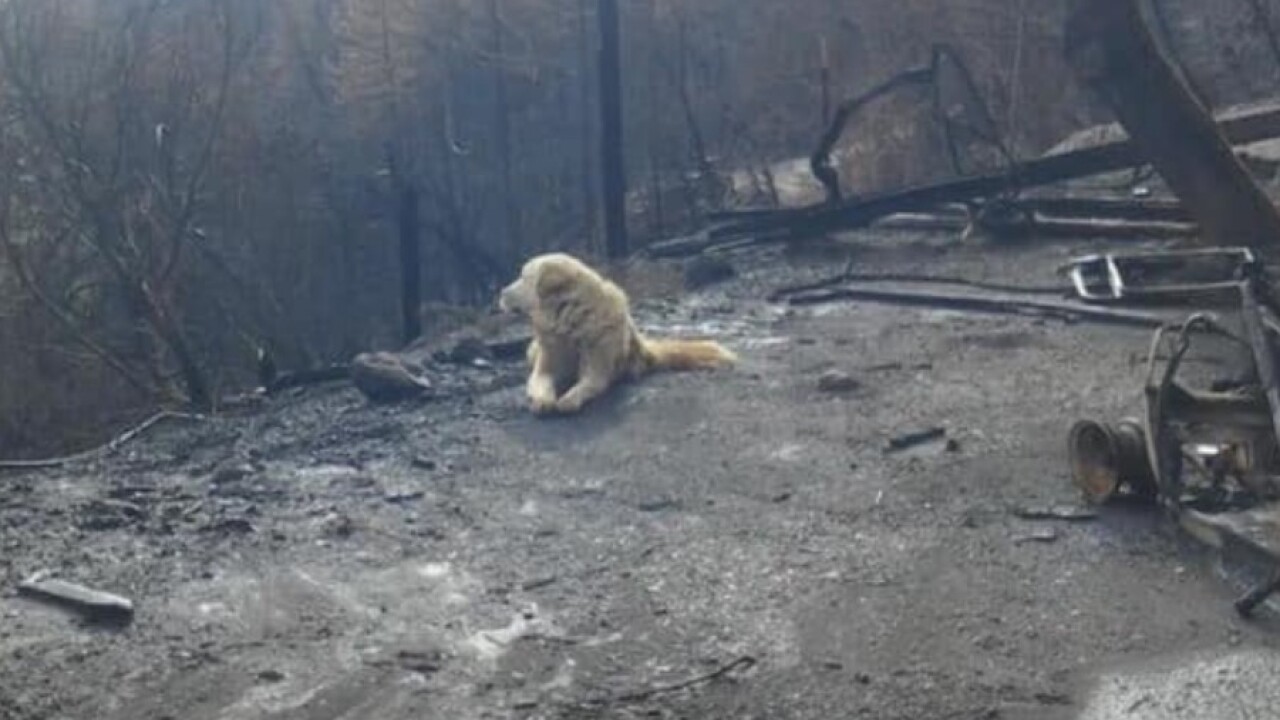 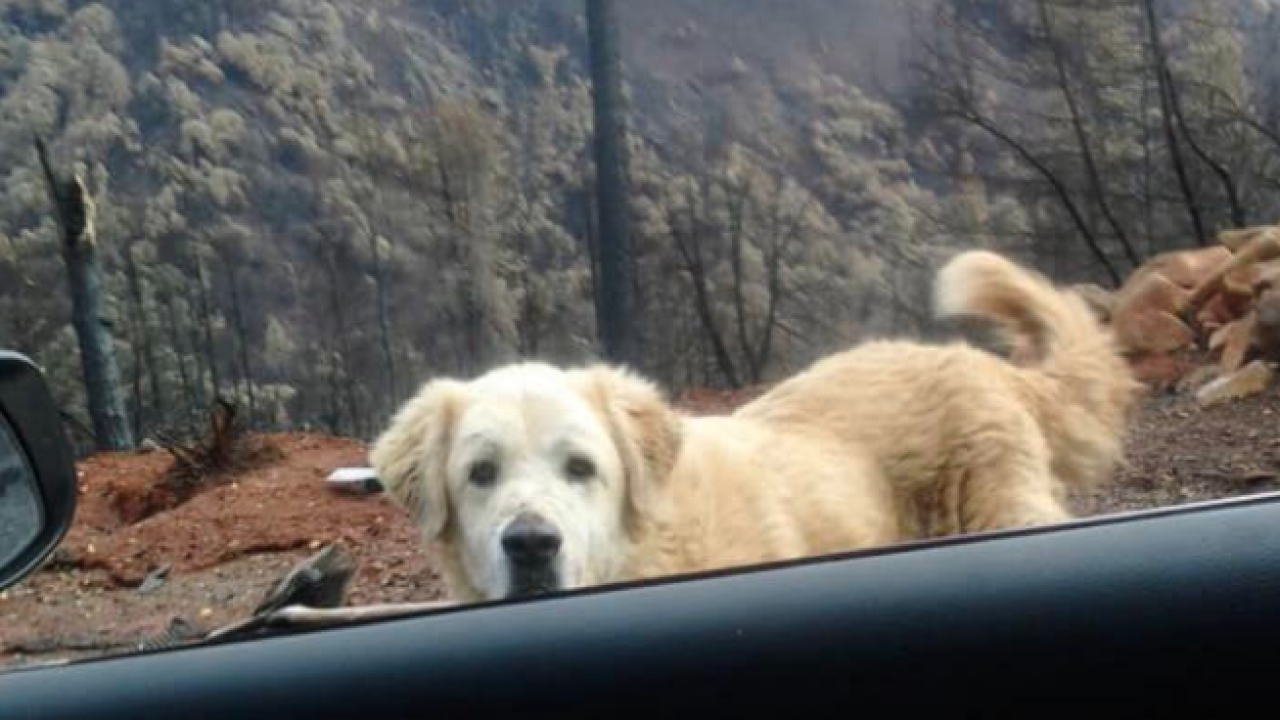 (KGTV) — A family forced to flee Paradise, Calif., because of the Camp Fire finally returned home after nearly a month this week to find their faithful canine had survived and guarding their charred property.

Andrea Gaylord was evacuated on Nov. 8 but only allowed back to her property Wednesday, according to group K9 Paw Print Rescue. Her property had burned in the fire.

During the evacuation, Gaylord was unable to get to her dog, Madison, before the flames had spread through the town and forced her out, according to the rescue group.

Animal rescuer, Shayla Sullivan, responded to Gaylord's request to check on Madison, first spotting the Anatolian shepherd just days after the fire began. Madison, however, kept his distance, according to Sullivan, who was already in the area searching for other lost pets.

Sullivan decided to leave food and water regularly at the property for Madison until Gaylord was able to return, the animal group wrote.

As Gaylord pulled up Wednesday, there sat Madison — being a very good boy.

"He had stayed to protect what was left of his home, and never gave up on his people! I’m so happy I’m crying as I write this! He didn’t give up through the storms or the fire! A long [sp] month it must have been for him!" Sullivan wrote on Facebook.