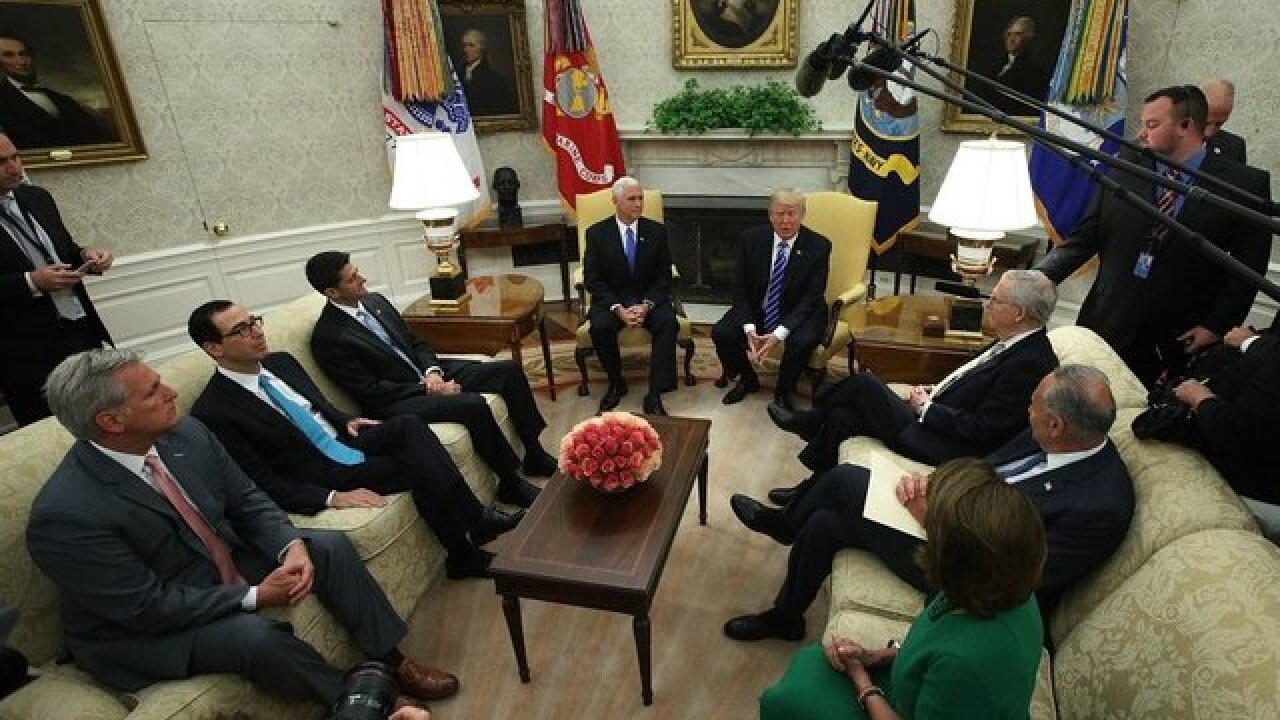 Treasury Secretary Steve Mnuchin's appeal to "vote for it for me" to GOP House leaders in a closed-door meeting was "insulting."

Rep. David Brat told CNN Mnuchin's arguments were "intellectually insulting," and that reassurances for a bigger fiscal plan were met with, "crickets."

-- Former presidential candidate and former governor of Florida Jeb Bush offered some rare praise of President Donald Trump, specifically to how the president has handled back-to-back hurricanes striking the country.

"President Trump has done a good job keeping, showing his concern for the victims of Harvey and I'm sure he'll do the same (for Irma)," Bush said on CNN's "New Day." "The key, though, is to make sure Washington's here for the long haul, for the long-term recovery of our state."

Bush has been a vocal critic of President Trump's leadership style and decisions this year and during the 2016 presidential election.

"I am proud of how the local and state officials have prepared for this," he said, discussing Irma with CNN's Chris Cuomo. "We've always learned from the lessons of the past."

Joe Biden considering a 2020 presidential run, according to daughter

Biden's daughter, Ashley, said in an interview with Women's Wear Daily she believes her father is mulling the decision to run.

"He'll make a decision when that time comes," Ashley Biden said. "A lot can happen in four years and we know this as a family. If he is in good health, knock on wood, and seeing what the landscape is at the time, yeah, I think he is considering it."

Catholic bishops strike back at Bannon's comments on church

-- In a recent interview with 60 Minutes, former White House strategist Steve Bannon said the Catholic church's stance on immigration is fueled by economics.

James Rogers, chief spokesman of the US Conference of Catholic Bishops, said the position was "outrageous" and "insulting."

"Our pro-immigration stance is based on fidelity to God's word and honors the American dream. For anyone to suggest that it is out of sordid motives of statistics or financial gain is outrageous and insulting," Rogers said.