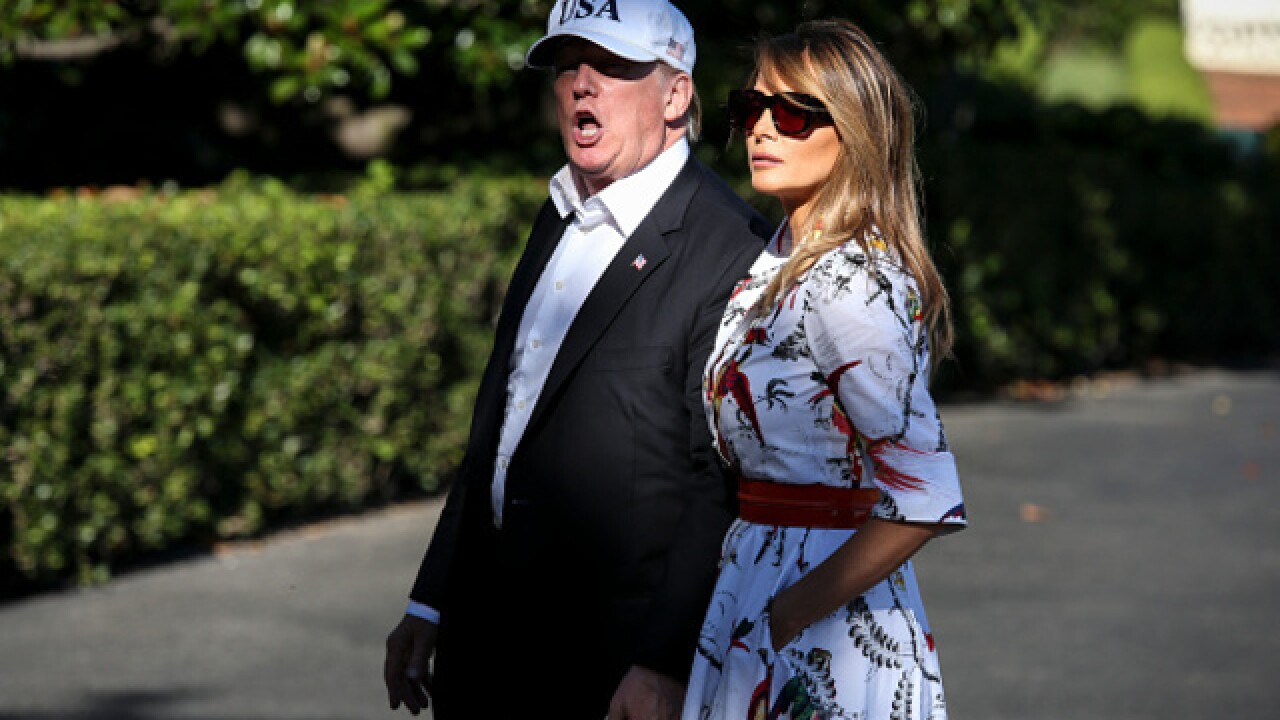 Trump spends the weekend at Scottish golf resort
-- President Donald Trump is spending Saturday at his Turnberry golf resort in southwestern Scotland as protests continue against his visit to the United Kingdom.

A large demonstration got under way Saturday outside the Scottish Parliament in Edinburgh, organized by the Scotland United Against Trump group.

Protesters marched through the city past the US Consulate toward the Meadows, a large public park, where a "Carnival of Resistance" is being staged.

A giant "Trump baby" balloon -- which floated outside of the Houses of Parliament in London on Friday morning -- was again inflated at the Meadows.

-- A senior National Security Council official who argued for increasing US refugee admissions and feuded with senior White House officials is no longer working at the White House, an administration official said.

Jennifer Arangio, who until recently was the NSC's senior director for international organizations and alliances, is the latest in a slew of departures from the White House's primary foreign policymaking body since national security adviser John Bolton took the helm.

It was not immediately clear if Arangio resigned or was forced out, and a National Security Council spokesman declined to comment. Arangio could not be reached for comment.