D.C. Daily: Trump says Trump Tower meeting was to 'get information on an opponent' 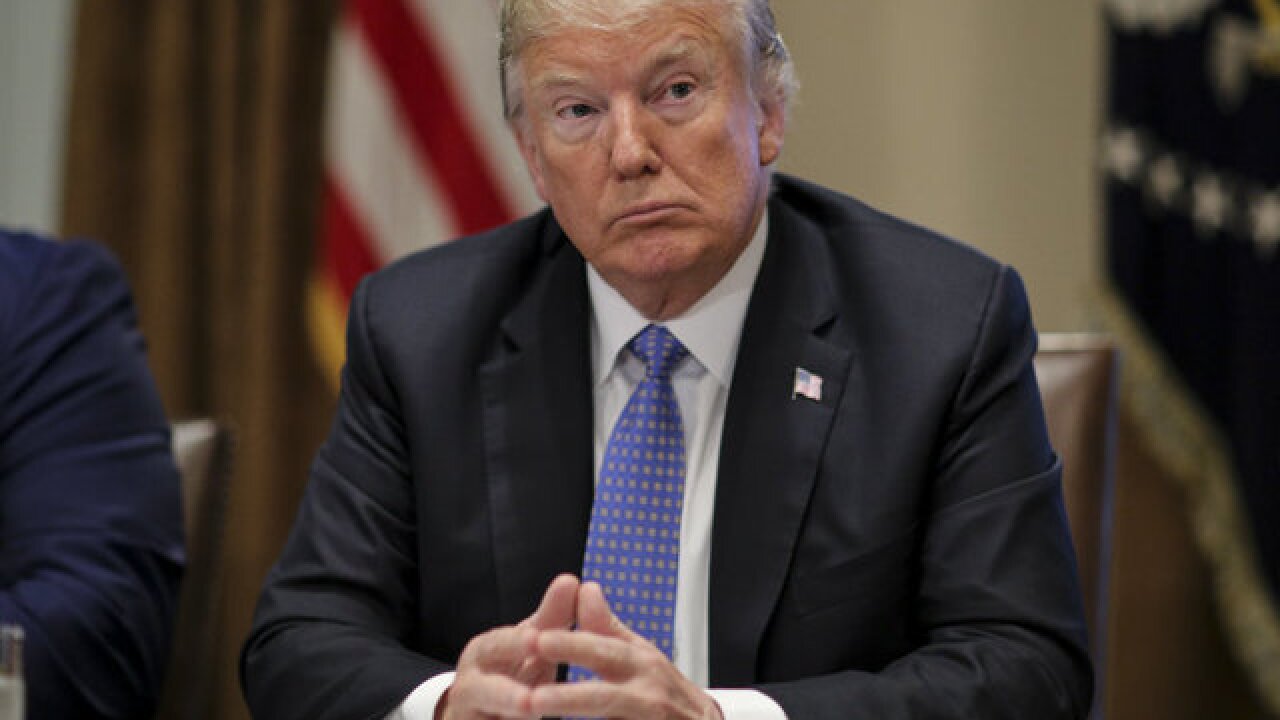 Copyright Getty Images
Oliver Contreras/Pool
President Donald Trump listens during a meeting with inner city pastors in the Cabinet Room of the White House on August 1, 2018 in Washington, DC.

WASHINGTON D.C. (KGTV) -- President Trump in a Sunday-morning tweet admitted that the Trump Tower meeting was to "get information on an opponent."

An initial statement from Trump Jr. said the meeting was primarily concerned with a program about the adoption of Russian Children.

Trump Jr. later acknowledged the meeting was held after an offer of allegedly damaging information on Clinton and the Democratic Party, according to CNN.

Sunday, President Trump again denied that he is concerned about the meeting while also slamming the media.

Read the full tweets below:

Fake News reporting, a complete fabrication, that I am concerned about the meeting my wonderful son, Donald, had in Trump Tower. This was a meeting to get information on an opponent, totally legal and done all the time in politics - and it went nowhere. I did not know about it!

...Why aren’t Mueller and the 17 Angry Democrats looking at the meetings concerning the Fake Dossier and all of the lying that went on in the FBI and DOJ? This is the most one sided Witch Hunt in the history of our country. Fortunately, the facts are all coming out, and fast!

SACRAMENTO, Calif. (AP) — Top national Republicans and grassroots donors alike are pouring money into the campaign to repeal California's gas tax increase with the hopes it will drive turnout in November and help the GOP hold onto U.S. House seats in the heavily Democratic state.

Overall, committees raising money to repeal the tax hike have reported more than $4 million in contributions.

Campaign reports filed this week show thousands of smaller-dollar donors are also contributing to the initiative. Donors who have given under $1,500 have contributed at least $1 million to the effort.

The unemployment rate fell to 3.9% in July

Meanwhile, workers' average hourly paychecks grew at a slower pace from the previous month and are up 2.7% compared to the same time last year. During previous expansions, wages have grown at a faster pace. Economists' maintain that wages will rise as economy drains remaining slack from the labor market and businesses' pay more to retain workers.

"With inflation running at a roughly 2% rate, that means that there's not a lot of financial wiggle room for many Americans," said Mark Hamrick, Bankrate.com's senior economic analyst. Economists will get another update on inflation next week when consumer and producer price indexes' are released.