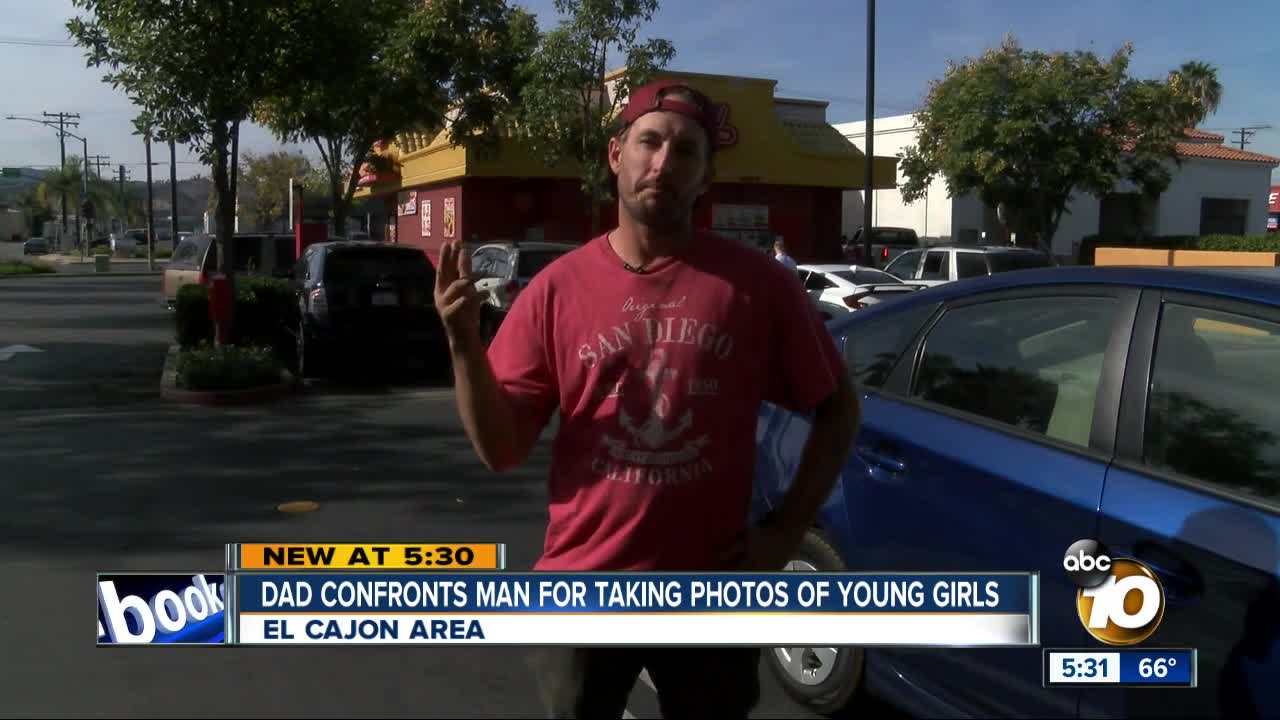 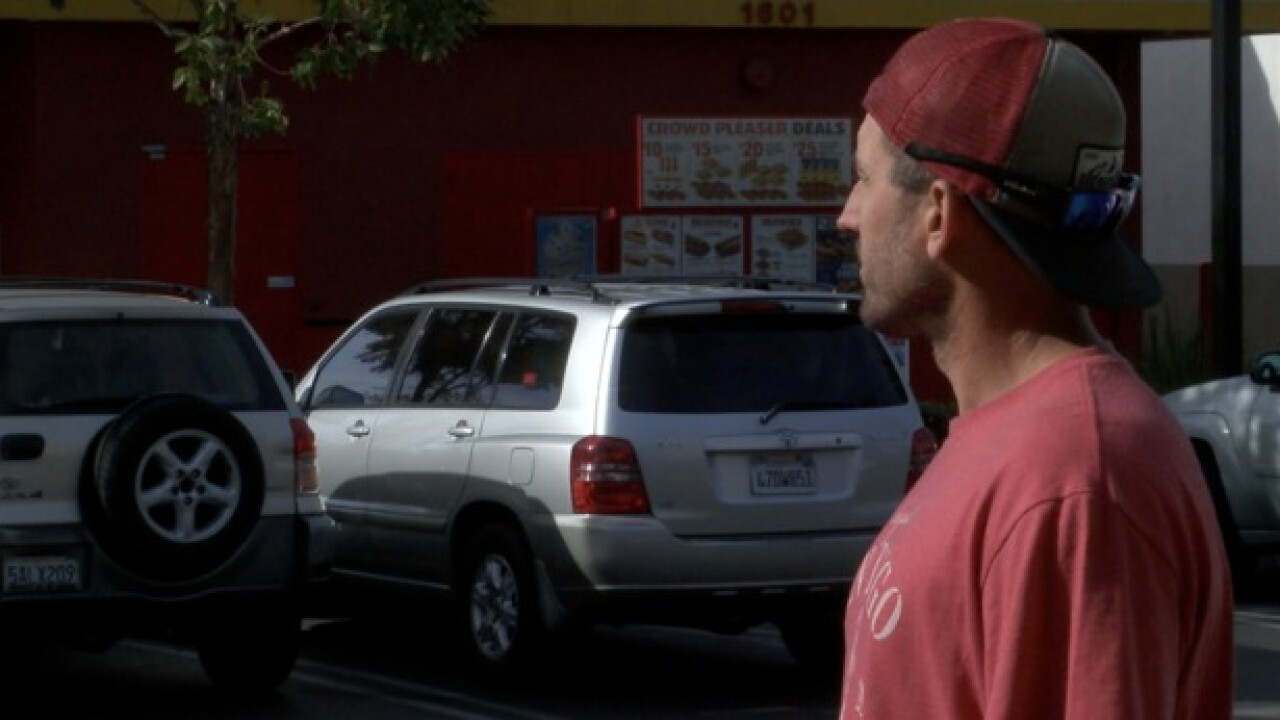 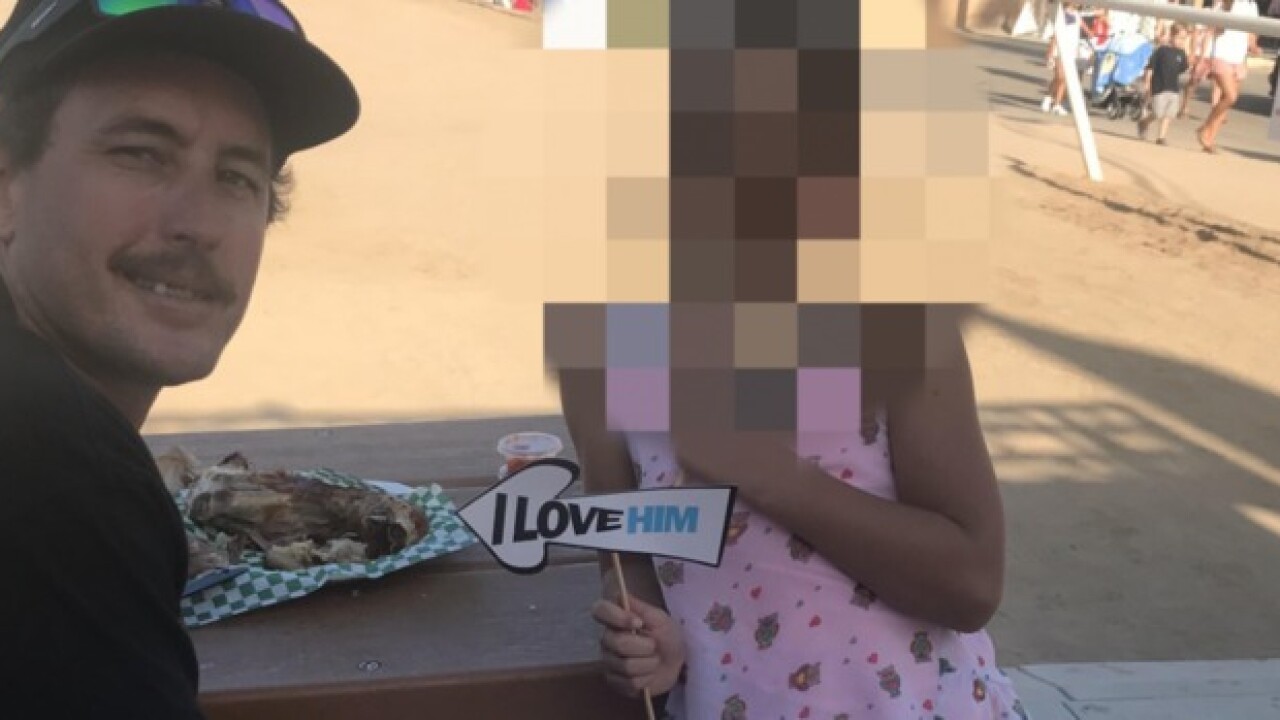 EL CAJON, Calif. (KGTV) - A father's lunch trip with his young daughter ended with a confrontation with a stranger taking photos with his phone.

On Friday just past 1 p.m., Joe Willis and his 8-year-old daughter walked inside the Wienerschnitzel on Magnolia Avenue.  Willis barely noticed the man in his 40s behind them in line while they were ordering at the counter.  They sat down at a table, and when their order was up, his daughter went to get it.

"When she sat down with our tray, that's when I noticed he was pointing his phone toward us," said Willis.

'He' was the man that was in line now sitting at a table near a window.  About that time, a mother and two daughters, including a 3 or 4-year-old girl, sat down at a table next to Willis.

"I keep checking, and I notice he's pointing his camera at them," said Willis.

Soon after, Willis went outside and peered in through the glass.

"I look over his shoulder and see him flipping photos of this 3 or 4-year-old girl," said Willis.

Outraged, Willis confronted the man and started yelling at him, demanding he delete the photos.

Then came the big shock. Willis' heart dropped when he saw photos of his daughter, who was wearing shorts.

"I saw camera angles with phone down low, taking pictures of my daughter's backside. I was livid," said Willis.

The man drove off but not before the mother took photos of the man, his car and license plate.  Willis in the process of filing a report with deputies.

"He's going to hurt a child. That's what my fear is," said Willis.

A sheriff's spokesperson says photos shot in public are generally legal unless deemed inappropriate, such as upskirt photos. They declined to speculate on whether the photos taken in this incident are legal without looking at them.