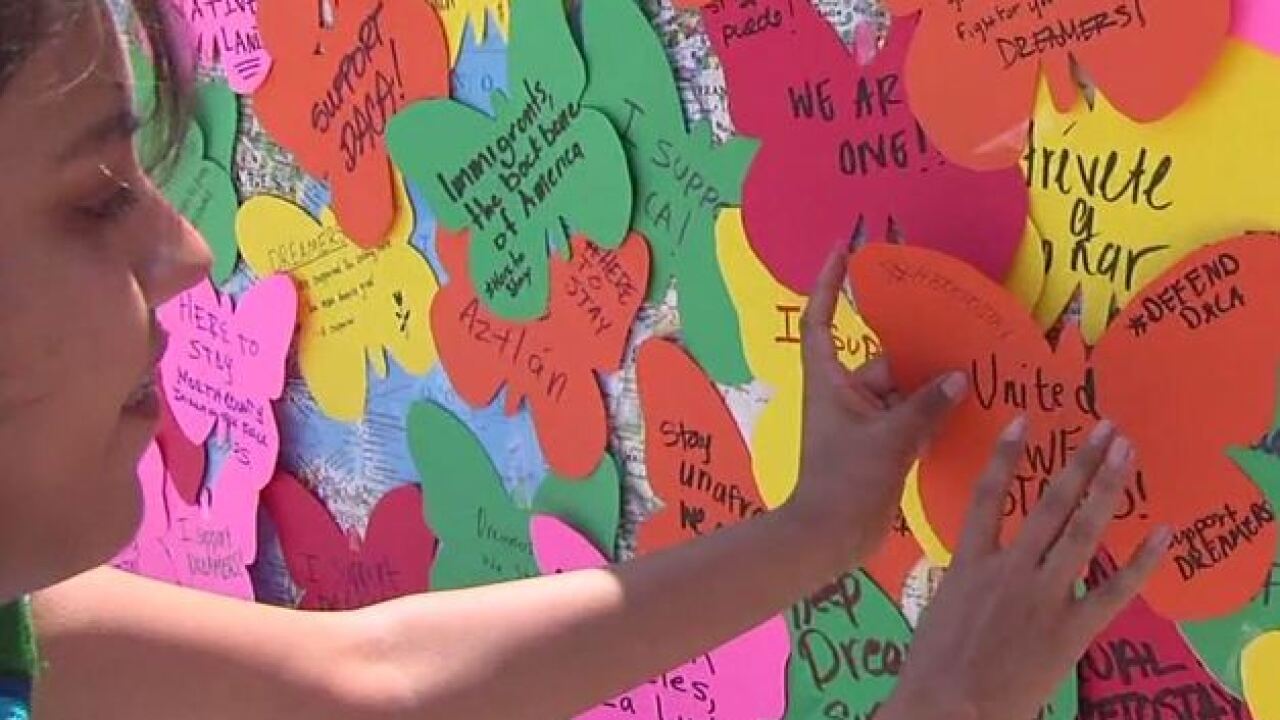 ESCONDIDO, Calif. (KGTV) - Supporters of the Deferred Action for Childhood Arrivals program rallied in Escondido Tuesday, where they say they're more united than ever.

The rally, held off Interstate 15 near the Westfield North County mall, saw a few dozen locals waving signs and chanting "love not hate makes America great," and "education, not deportation."

Nedy Velazquez, a local DACA recipient, was 7-years-old when her parents brought her to the U.S. She's now heading to UCSD to finish her education.

"Yes, this was a horrible thing to do. But I believe there is power in the people," Velazquez said of President Trump's deicison.

Tuesday, the Trump Administration decided to rescind the program, putting 800,000 young people brought to the United States as children at risk of deportation.

There are an estimated 40,000 "DREAMers" in San Diego County.

Congress has six months to find a solution for the end of the program, or the president will "revisit" the issue, according to a tweet from Trump Tuesday night.