Up to 100 structures threatened 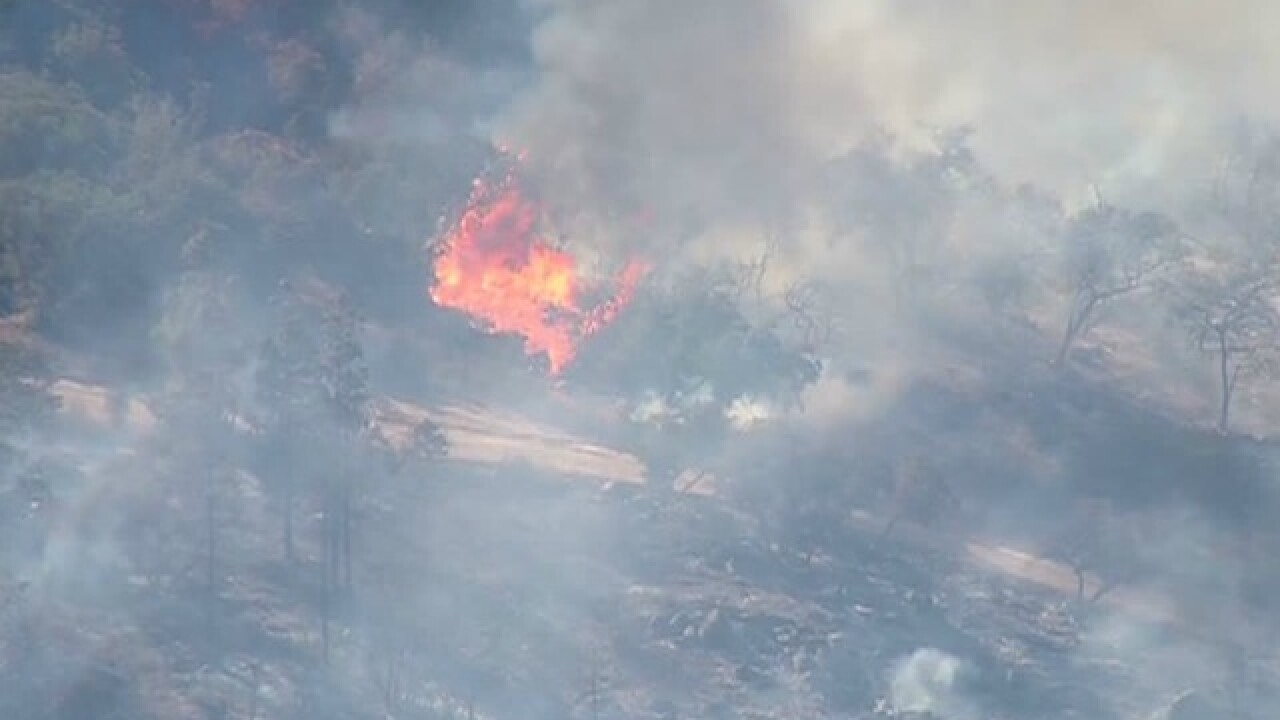 By: City News Service
Posted at 4:09 PM, Jun 03, 2016
SAN DIEGO -- (UPDATE) Cal Fire San Diego reports the Pala fire that started Tuesday afternoon in northern San Diego county is staying steady at 70 acres and is 90 percent contained Sunday.
SAN DIEGO -- The Pala fire that started Tuesday afternoon in the far reaches of northern San Diego County has grown to 70 acres and is 35 percent contained Saturday, according to fire officials.
The forward rate of spread of the fire was stopped Friday afternoon, according to Cal Fire Capt. Kendal Bortisser. All evacuation orders were lifted Saturday morning. Pala Temecula Road was open in both directions to residents only.

Brisk winds and summery warmth combined Friday to re-ignite the smoldering burn area of the wildfire and once again forced people to flee their homes, three days after an initial round of evacuations.

Several small new fires broke out about 3:15 p.m. along the edges of the charred swaths of hilly terrain east of Interstate 15 and about a mile south of the Riverside County line. Cal Fire dispatched ground crews and firefighting aircraft to douse the flames.
Within two hours, about 25 additional acres had been blackened, Bortisser said.
Sheriff's deputies cleared people out of dozens of homes in the nearby Rancho Heights area Friday as a precaution. By early evening, firefighters had halted the spread of the flames. No injuries were reported.
The original blaze began Tuesday afternoon as a house fire in the 38800 block of Pala Temecula Road. The flames quickly spread into adjacent trees and brush and began moving through thick foliage on surrounding rural lands.
Authorities evacuated about 100 residents in the area of Temepa Road as that fire grew. They were allowed to return to their homes early Tuesday evening as crews gained control over the flames.
Copyright 2016 Scripps Media, Inc. City News Service contributed to this report. All rights reserved. This material may not be published, broadcast, rewritten or redistributed.