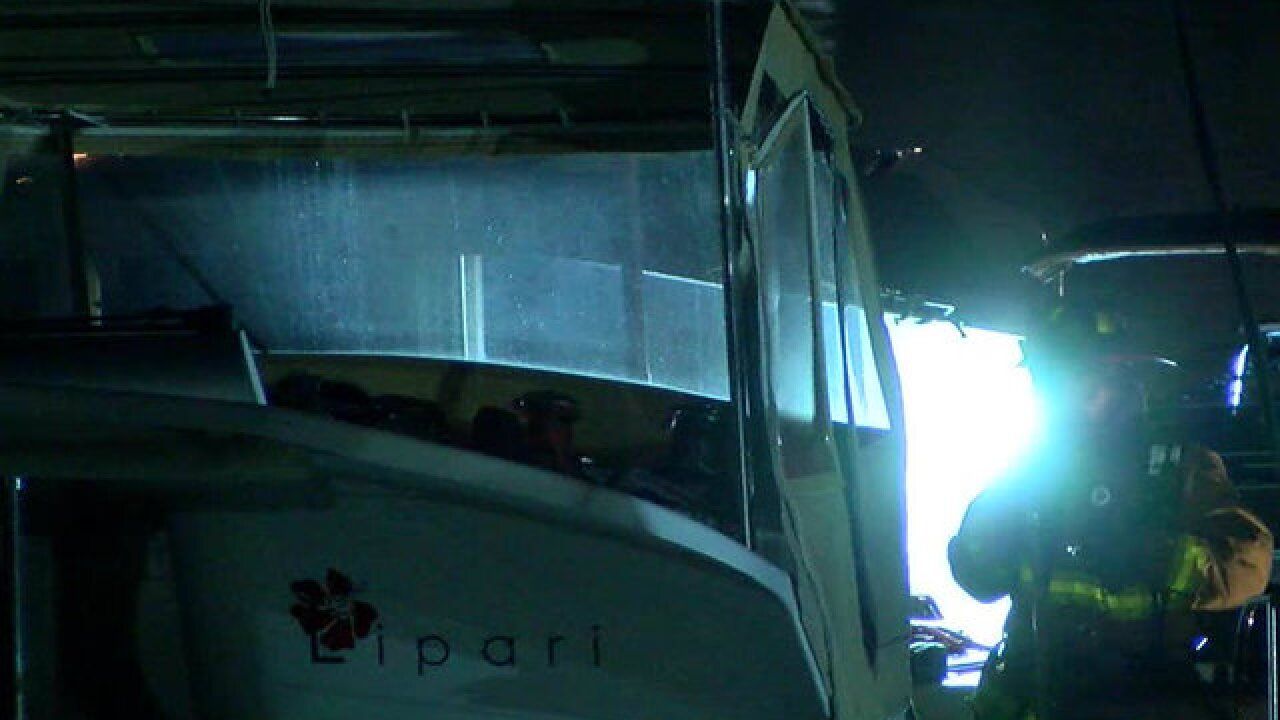 SAN DIEGO (KGTV) - Investigators are looking into the cause of a fire that erupted out on a boat docked at Shelter Island.

The fire on a 40-foot boat was reported at around 9:45 p.m. Sunday in the 2300 block of Shelter Island Drive, near the Bali Hai restaurant.

San Diego Fire-Rescue Department officials said SDFD crews battled the fire from the dock while Harbor Police worked on the blaze from the water.

The fire was put out before it spread to other nearby boats.