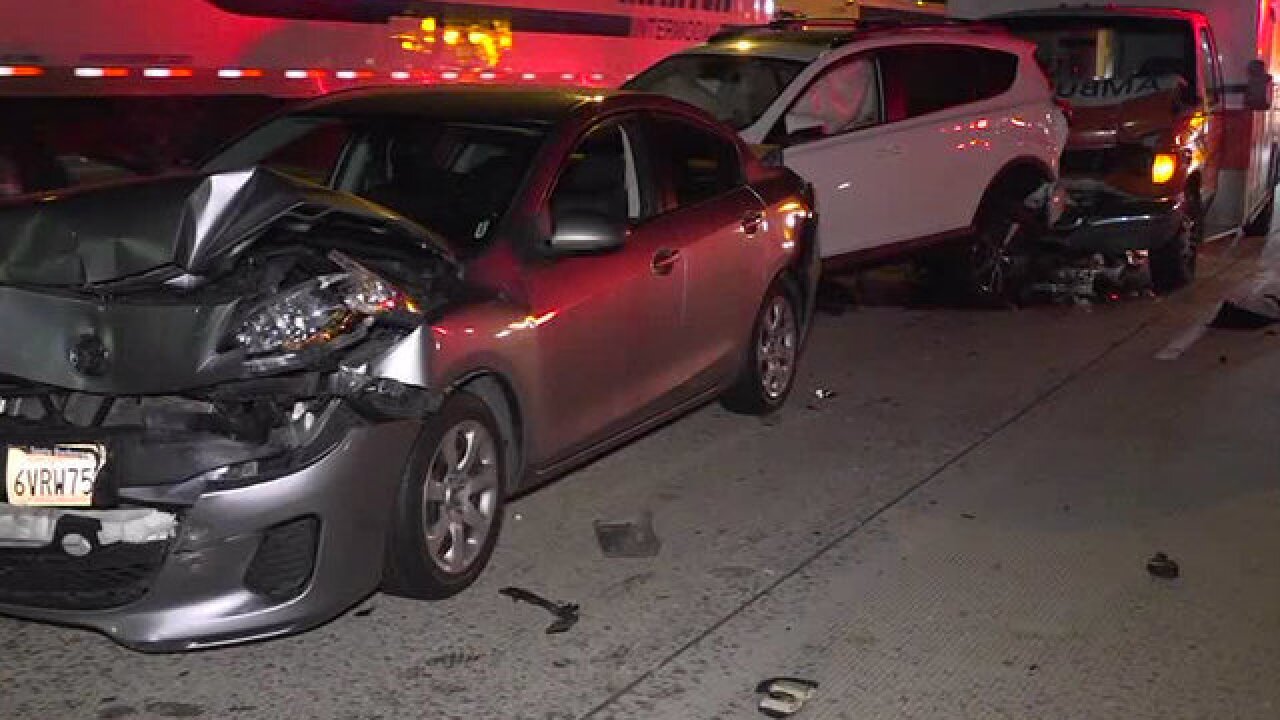 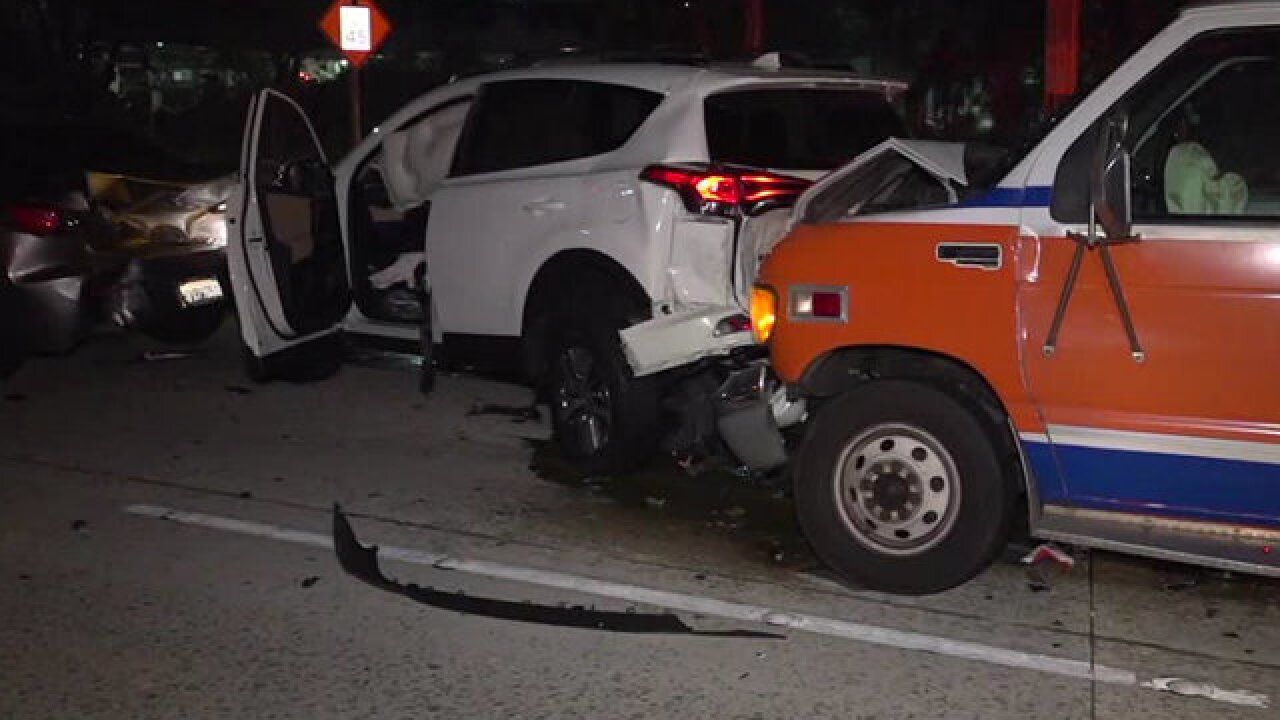 SAN DIEGO (KGTV) - A crash on state Route 163 in Mission Valley involving an ambulance and at least two other vehicles blocked multiple lanes and backed up traffic for miles during the busy Tuesday morning commute.

10News learned a private ambulance was traveling on southbound SR-163 when it crashed into several vehicles that were slowing near Friars Road just after 5 a.m.

Several people suffered minor injuries and were treated at the scene, but one woman was transported to the hospital with an unspecified injury.

The multi-vehicle wreck forced authorities to shut down three lanes on southbound SR-163, causing a traffic jam that extended as far as Interstate 805 in the Kearny Mesa area.