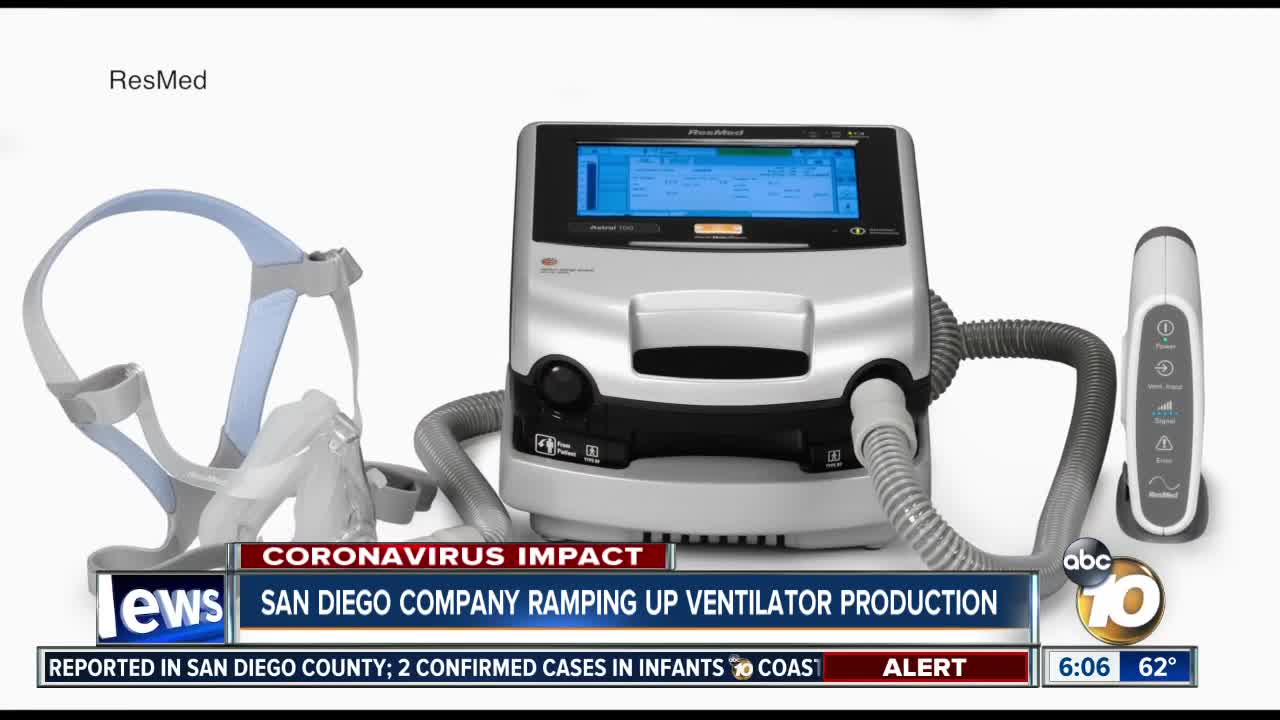 SAN DIEGO (KGTV) - A San Diego-based company is ramping up its production of ventilators to meet rising demand around the world.

ResMed is primarily known for its devices to aid sleep apnea. However it also has a line of ventilators, which have now become their primary focus.

“Our goal is to have 2 to 3 times or more of our global manufacturing capacity in a few weeks, then push beyond that,” said Mick Farrell, CEO of ResMed.

Farrell says they began increasing production in January when the outbreak was spreading in China. They’ve now ramped up ventilator and ventilator mask production at all of their facilities.

Farrell would not say how many they will be able to provide to American hospitals but said they have been in conversation with the federal government and other suppliers to meet the challenge.

“We think between us and our competitors we can keep up on the demand that is needed for ventilators,” said Farrell.

On Wednesday, San Diego County health officials said half of the region’s ventilators were currently being used but more were on the way. However, they did not provide specific numbers on how many were available.

When asked if he thinks there will be enough, Rob Sills with the county’s medical operations center said, “We don’t know what the final number is going to be, we don’t know how many we are going to need. It is our desire to have enough to judiciously put in place systems so that we can distribute ventilators where they are most needed.”