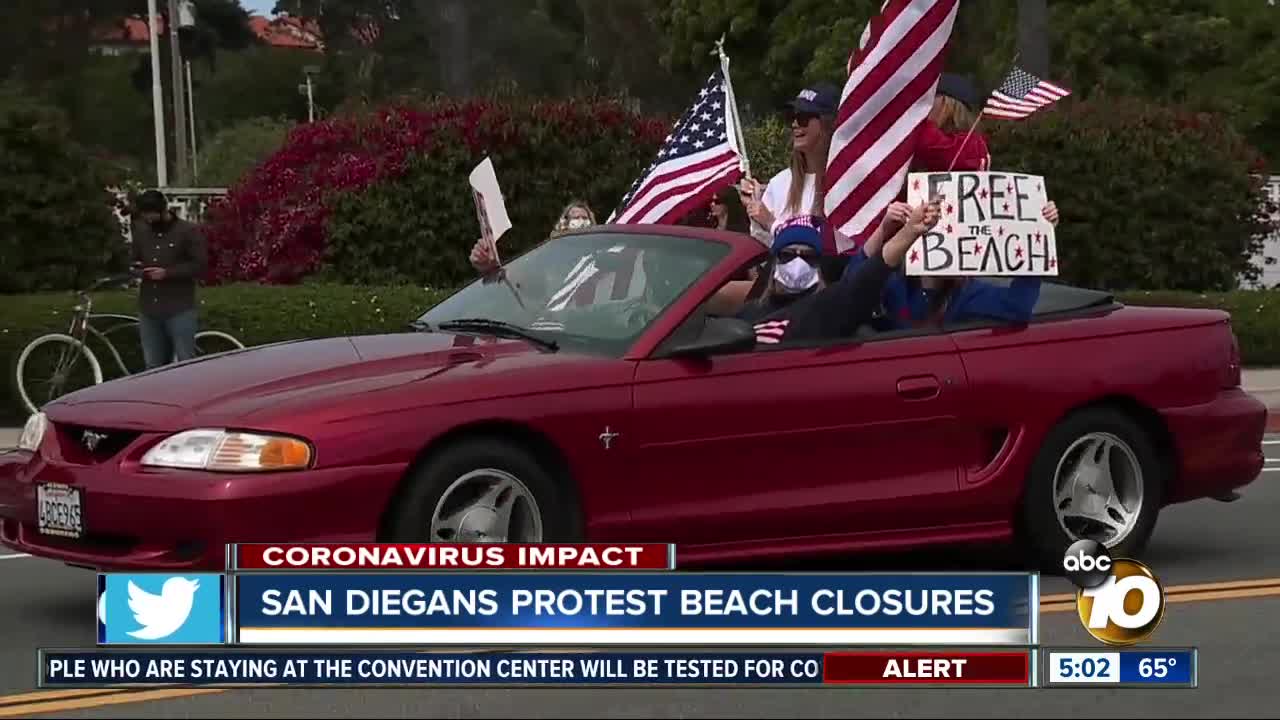 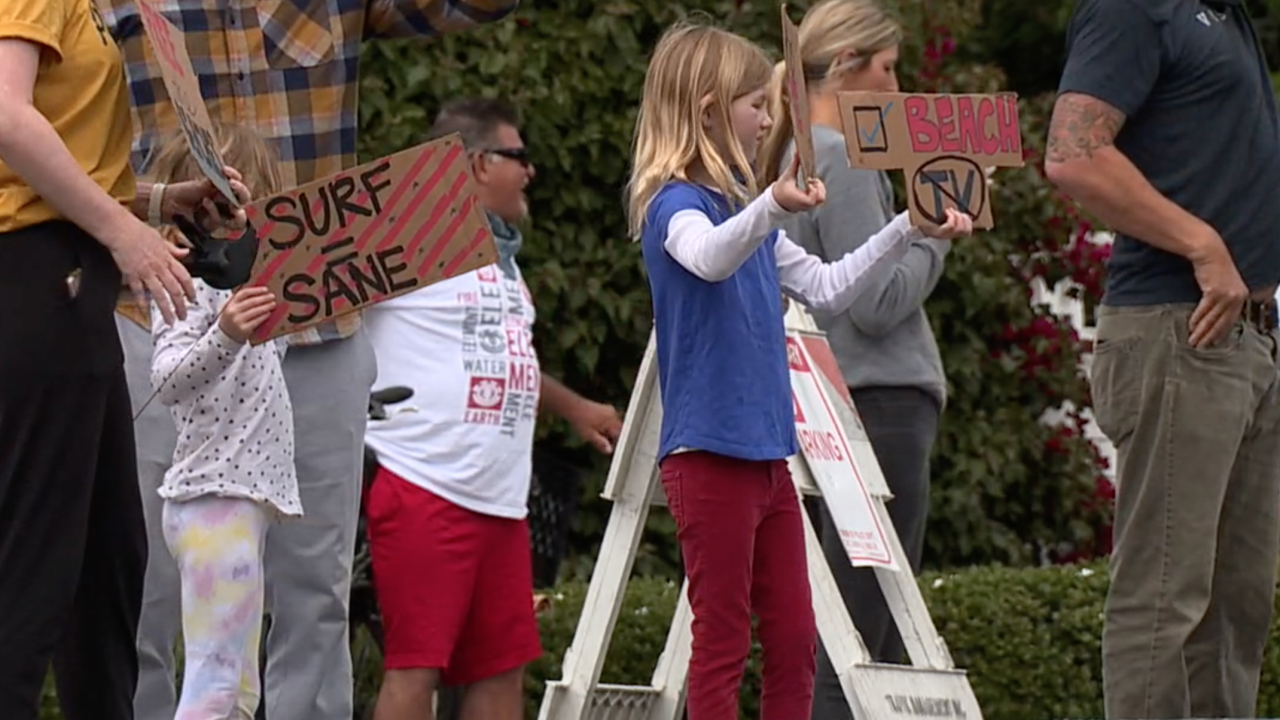 SAN DIEGO COUNTY (KGTV) -- There is a growing level of frustration among San Diego County residents who want their lives back.

"You see people who want to go surfing," said Michelle from Carlsbad. "People want to go fishing. Just want to be able to go outside. That's why we live here."

Michelle was one of the several people protesting the countywide beach and trail closures near Swami's Beach.

San Diego Sheriff's Deputies said they monitored the gathering while balancing health and safety with the protesters' first amendment rights.

Since the spread of coronavirus, San Diego County has mandated several new rules, including the stay-at-home order, as well as outdoor restrictions to encourage social distancing. As of April 7, 2020, it has become a crime, punishable by a misdemeanor or $1,000 fine to surf, fish, boat, and other recreational activities in San Diego County.

"We need to have open trails. We're responsible adults!" one protester said.

Sunday's protest happened as Coronado Mayor Richard Bailey launched a survey and petition to reverse the county order to close off beaches and other recreation.

Coronado was one of the last beaches to remain open until the county ban, believes the sweeping order is not fair.

"For a family of four to go fishing on a boat in the bay, or to get in a car and go watch the sunset, the notion that that is a threat to the public's health is absolutely ridiculous," Bailey said. "Keeping in mind that county and state orders allow people to go walking and running on crowded sidewalks."

The county's public health order is in effect until May 1, 2020. But Bailey said he believes it will be extended for at least another two weeks. He said the county had not released COVID-19-related health goals or standards. Without knowing that, cities should have their own discretion as to what remains open.

That is why on Saturday, Bailey launched an online survey to petition for new guidelines.

"What activities are we able to do if we are properly from another?"

Bailey said he is hoping to bring the results of the survey to the County Board of Supervisors and the County Health Department on Tuesday.

"The public deserves to be treated like adults, and I trust that the public if given these guidelines, will follow them for the most part," Bailey said.

The online survey is open to all San Diego County residents. For those who agree with the beach ban, there is an option to select "none of the above should be open."