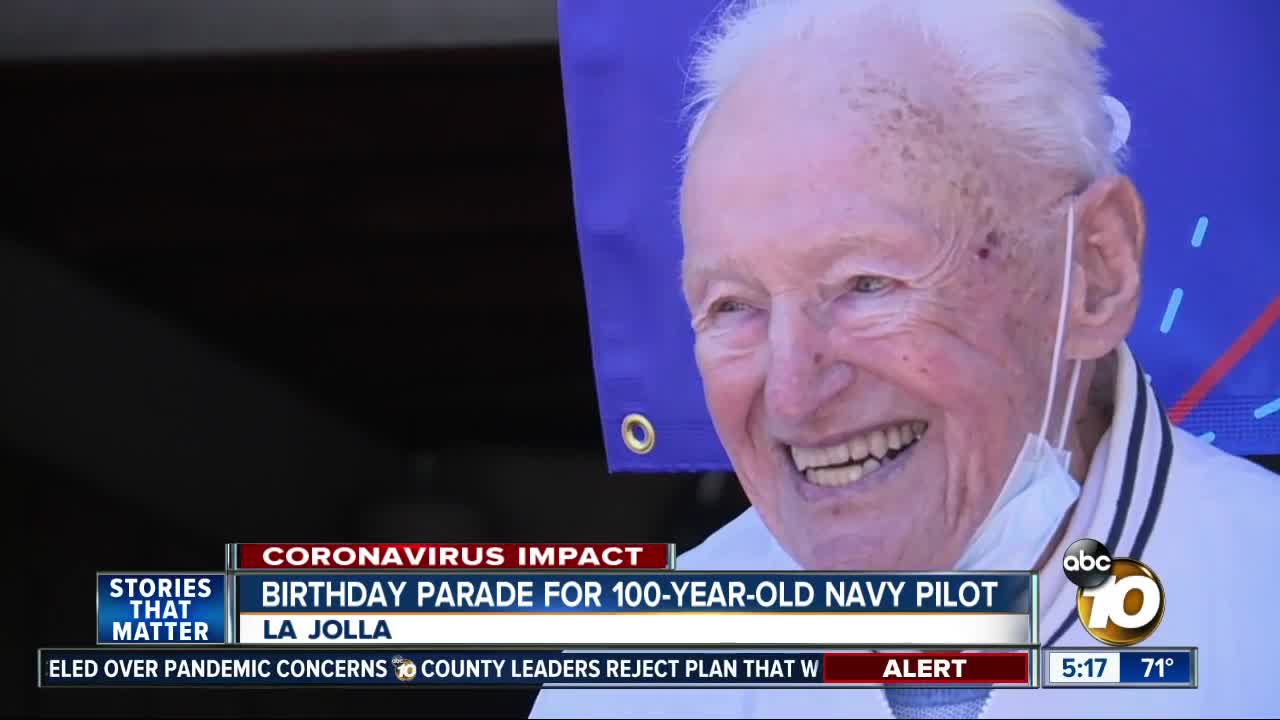 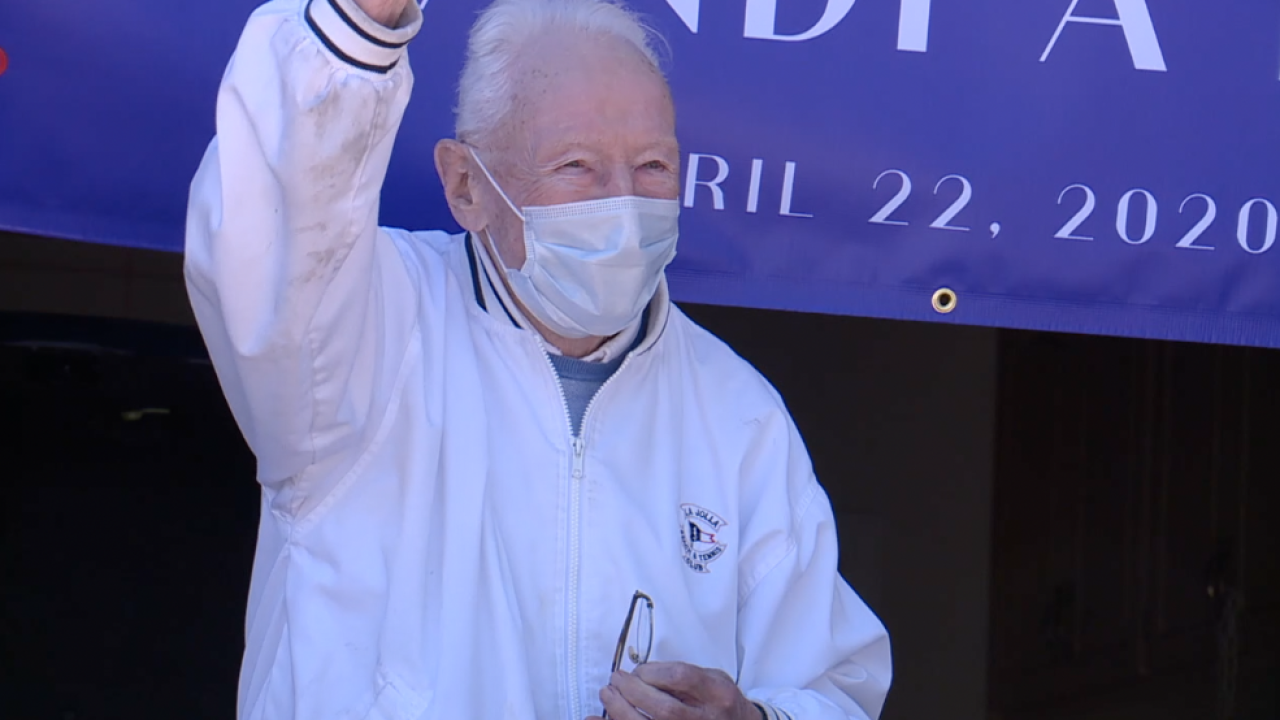 LA JOLLA, Calif. (KGTV) — It's a celebration a century in the making. More than 50 family members and friends spent the day parading around the home of Leo White, a Navy pilot who turned 100 years old Wednesday.

As the sign said, "Leo Rocks." He rocks at a lot of things.

"So many people know him and love him, and when you've been around 100 years, I think that happens," Leo's son, Bill White, laughed.

The man of the hour, more like the man of the century, is Leo White of La Jolla. He was born on April 22, 1920, in St. Paul, Minn. On Wednesday, the Navy pilot-turned-stock broker celebrated his 100th birthday.

The young whippersnapper was supposed to have a party at the La Jolla Country Club. But with the coronavirus, the event was canceled. Instead, the party came to his driveway while practicing social distancing.

The 100-year-old is a lucky man. He has seven kids, 16 grandchildren, and 13 great-grandkids. His family said Leo keeps up with current events and still drives his car.

"He really has command of his vehicle," son, Jeff White said. "He always checks with us, but he's solid."

So what's his secret?

"No smoking… and play a lot of tennis," Leo laughed.

While many his age are frequent flyers to the hospital or nursing homes, Leo can proudly say he has never been to either.

"He has not spent one day in the hospital in 100 years, not one day. Unbelievable!" son Bill said.

He shared one last piece of advice to live a long and happy life.

"Smile and be happy," Leo said.

Wise words to live by, from the brand new centenarian.

Grandpa Leo's family and friends who could not attend the birthday parade continued to shower him with love all day through the video chatting app, Zoom.