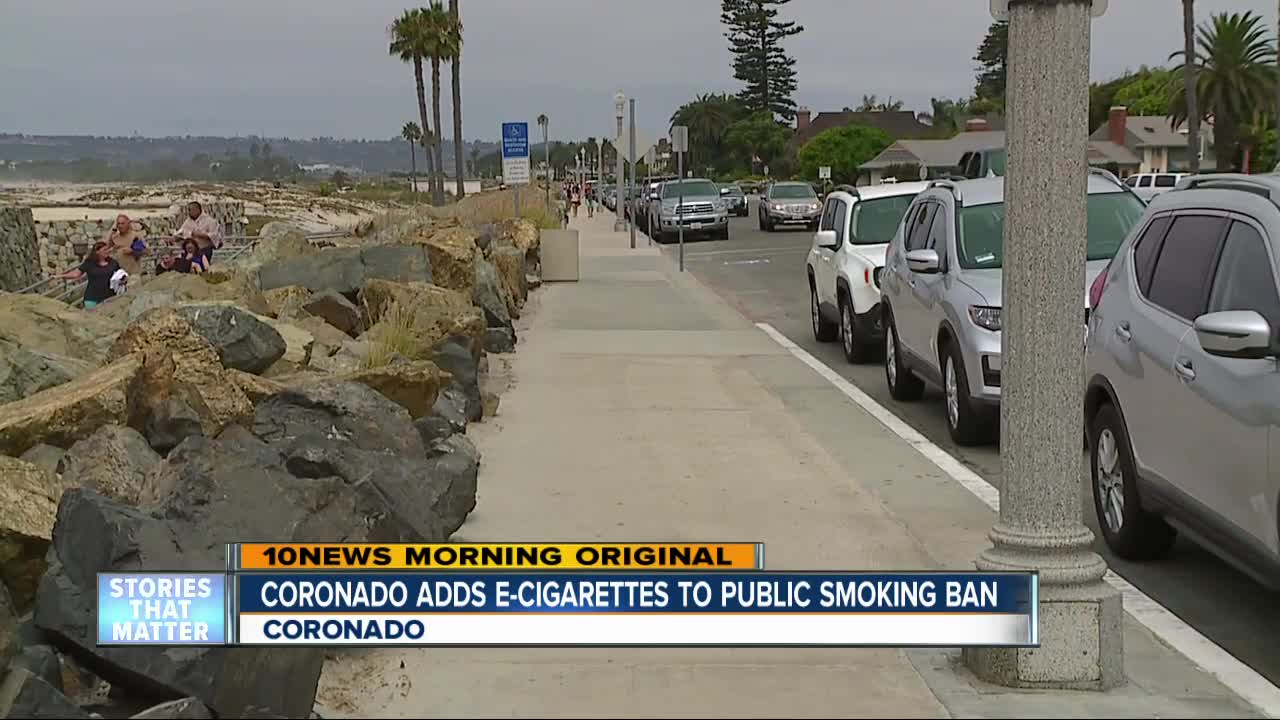 Starting August 16, e-cigarettes will be treated the same as regular cigarettes in Coronado's smoking ban. They won't be allowed in public parks, beaches, sidewalks or several other places 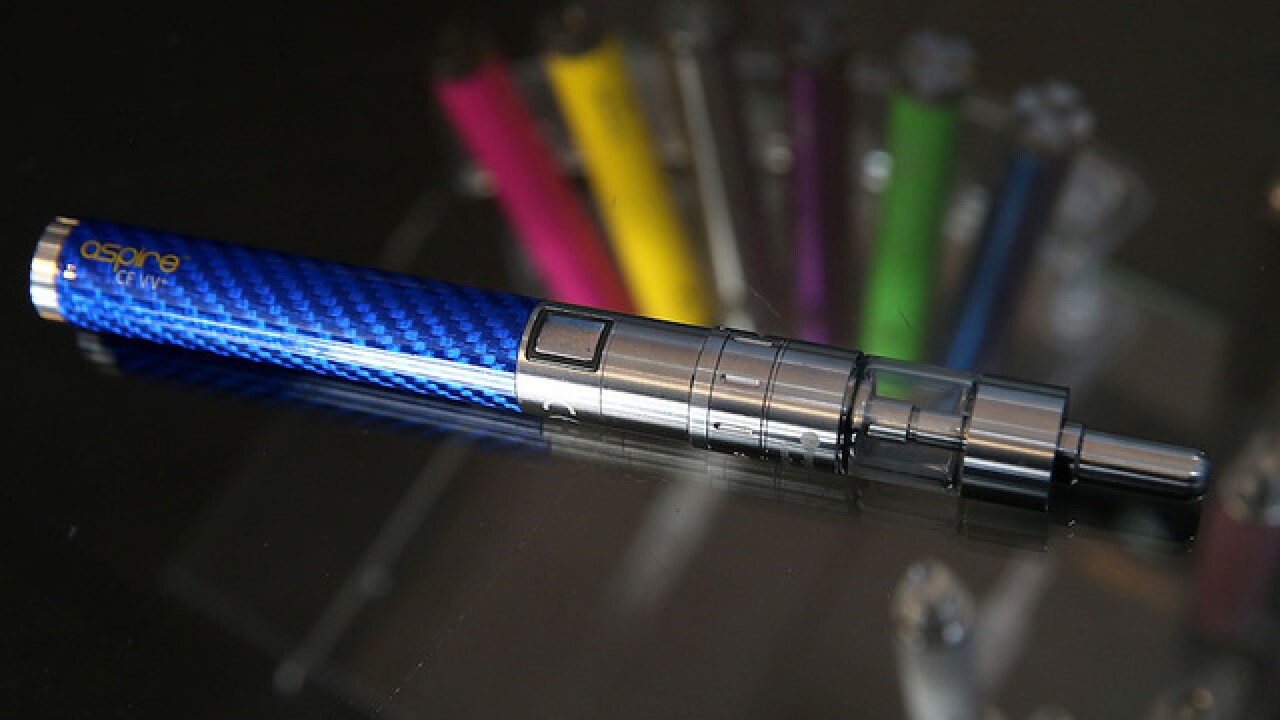 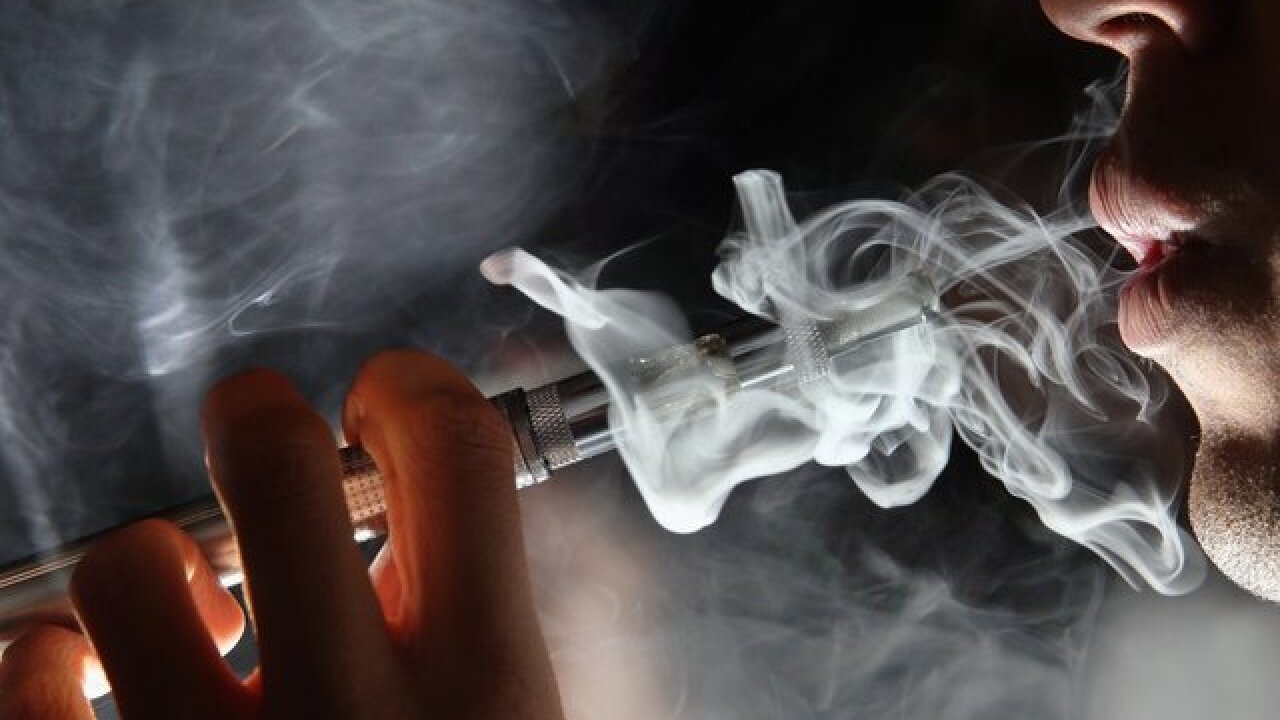 CORONADO (KGTV) — New rules go into effect on Thursday, August 16, restricting where people can and can't use e-cigarettes in Coronado.

The City Council passed an ordinance on July 17 to make the popular devices subject to the same rules as regular cigarettes, banning their use in many public places.

According to the new law, e-cigarettes will no longer be allowed in the following unenclosed areas:

1. All public property including, but not limited to, streets, highways, alleys, rights-of-way, parkways, sidewalks, parking lots and pathways;

An exception has been made for the Municipal Golf Course, where smoking is also allowed.

Anyone caught breaking the new rule could be subject to a $100 fine. The city will put up new signs to let people know of the change.

Language in the City Council proposition showed that city leaders feared vaping devices and the smoke from them could be dangerous to the public health. They also wanted to eliminate confusion by having different rules for different kinds of smoking.

The Consumer Advocates for Smoke-Free Alternatives Association sent a statement to 10News that reads, in part, "Smoking laws that include a ban on vaping send the inaccurate and misleading message that e-cigarettes are just as harmful as smoking. To date, there is no credible scientific evidence to support this claim. Arguably, vaping bans do more harm than good as smokers see switching to smoke-free products as having no advantage over the combustible products they will continue to use."