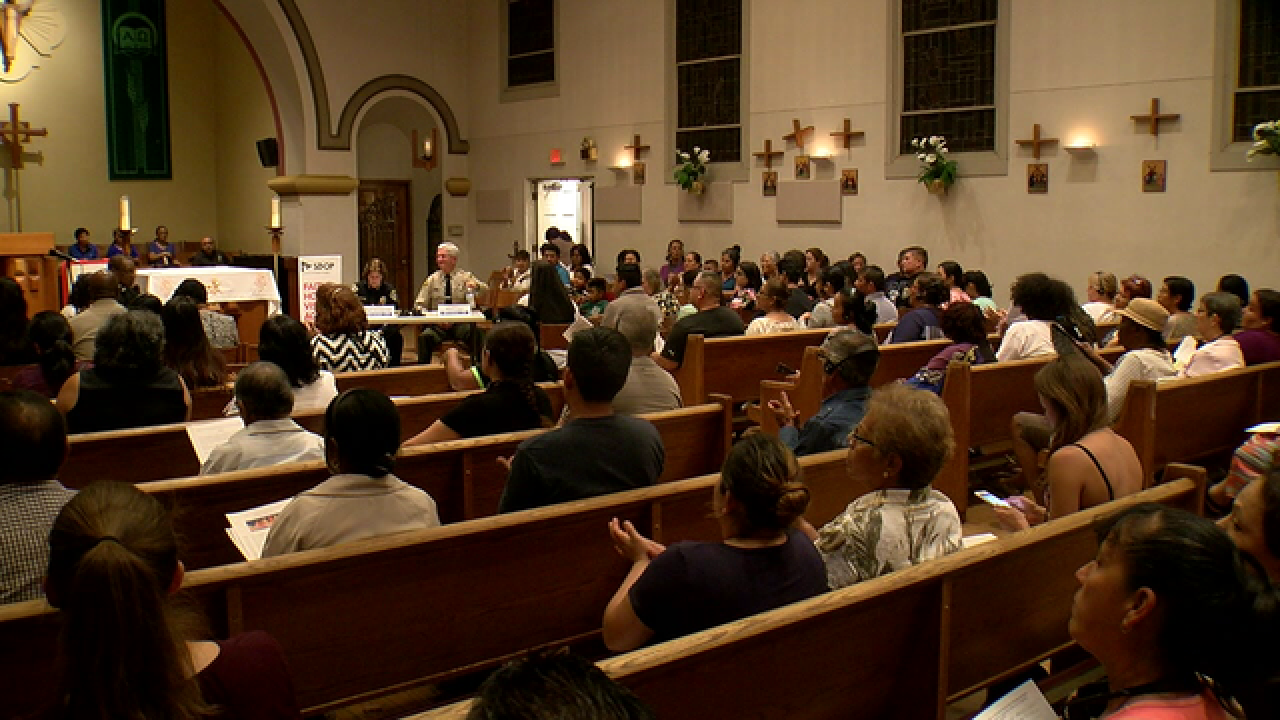 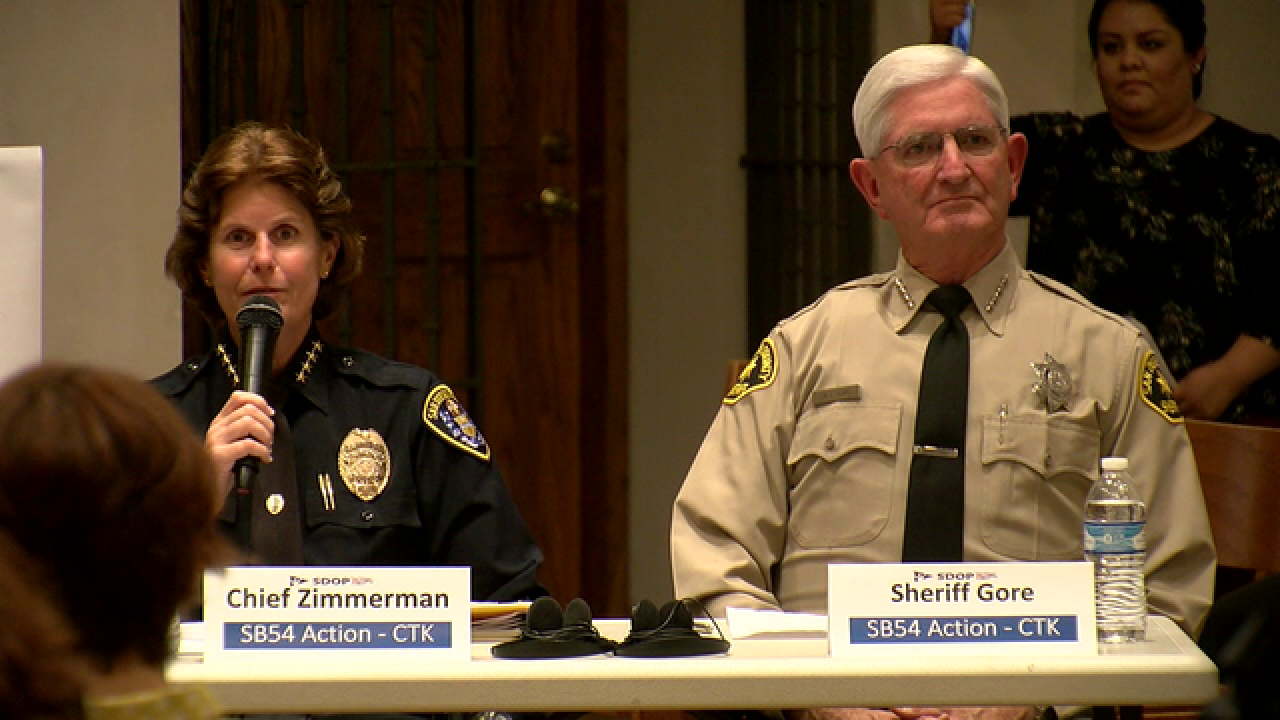 SAN DIEGO (KGTV) -- Fear was present at Christ The King Church Monday night, as members of the community voiced their deportation concerns.

\Now, local immigrants are concerned about how immigration policies will be enforced by law enforcement.

On Monday all who were present at the church were given packets-with as much information as possible about their rights.

"The goal today was to get a commitment from the sheriff and the chief of police," said Katia ortiz with the San Diego organizing project.

A commitment to stand behind the new law-deeming the state of California a sanctuary state.

Dozens of people showed up, hoping to hear just that from the county sheriff and the chief of police.

"Our policies are going to remain the same," said San Diego Police Chief Shelley Zimmerman. "If you're a victim or witness in a crime, we need you to come forward."

Law enforcement leaders made it clear that the community has nothing to fear. They do not want people to be scared to come forward with information about crimes.

"We're not in charge of deporting anybody, and our deputies and police officers aren't immigration officers," said San Diego County Sheriff Bill Gore. "But if you're arrested in San Diego County and come to one of our jails, that's a public record."

Katia Ortiz works with the San Diego Organizing Project, a group that helps deal with inequalities in San Diego communities.

She says the fact local leaders showed up-is a success. The group wants the community to trust local law enforcement. But their fight isn't over yet.

"It's just the beginning, we still want more answers, and we definitely have more questions now than ever," Ortiz said.