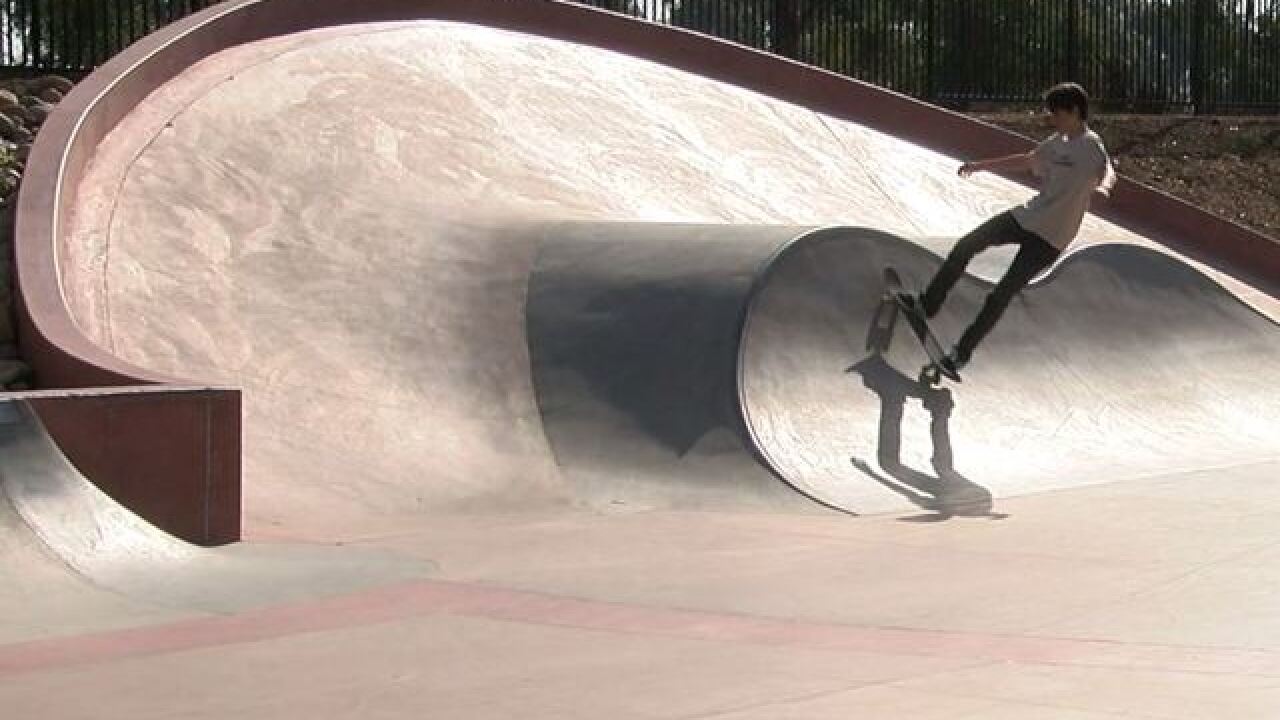 The park features bowls, pipes, steps and rails for use by skaters of all levels. The surrounding park also received upgrades, including a solar canopy, picnic area, walking path updates and accessibility improvements for the disabled, according to Mayor Kevin Faulconer's office.

"We're working hard to deliver new and improved parks throughout the city because they bring our communities closer together," Faulconer said. "This first-rate skate park has been years in the making and will make City Heights a draw for skateboarders across the city. It's also the latest example of how our neighborhoods are finally getting the investments they deserve."

The opening is part of Faulconer's effort to build or improve 50 parks in the city in five years. There are more than a dozen park projects currently in various stages of design or construction, according to Faulconer's office.

The city in 2014 received a $4.46 million grant from the state to design and construct the skate park at 3603 38th St. and another park that opened in Linda Vista Tuesday.

The City Heights project also received money from the Tony Hawk Foundation, according to the mayor's office.

The park is the second skate park to open in San Diego this week.