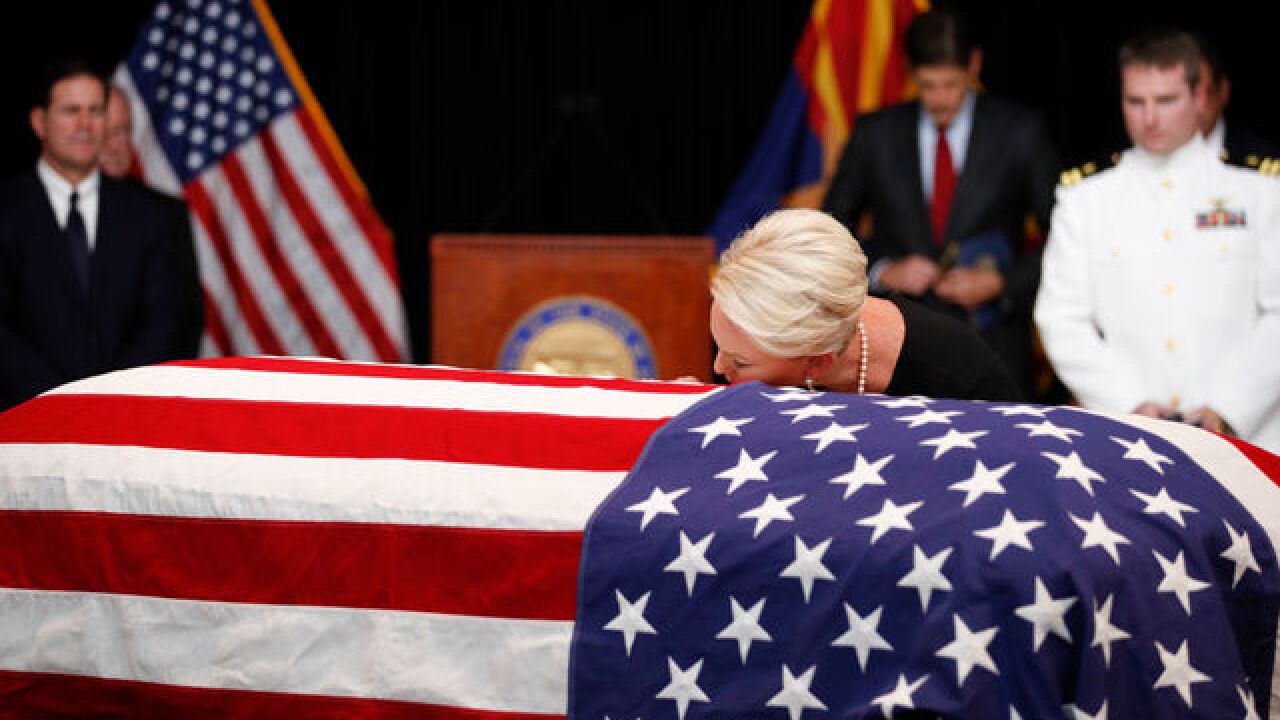 Copyright Getty Images
Pool
<p>PHOENIX, AZ - AUGUST 29: Cindy McCain, wife of Sen. John McCain touches the casket during a memorial service at the Arizona Capitol on August 29, 2018, in Phoenix, Arizona. John McCain will lie in state at the Arizona State Capitol before being transported to Washington D.C. where he will be buried at the U.S. Naval Academy Cemetery in Annapolis. Sen. McCain, a decorated war hero, died August 25 at the age of 81 after a long battle with Glioblastoma, a form of brain cancer. (Photo by Jae C. Hong - Pool/Getty Images)</p> 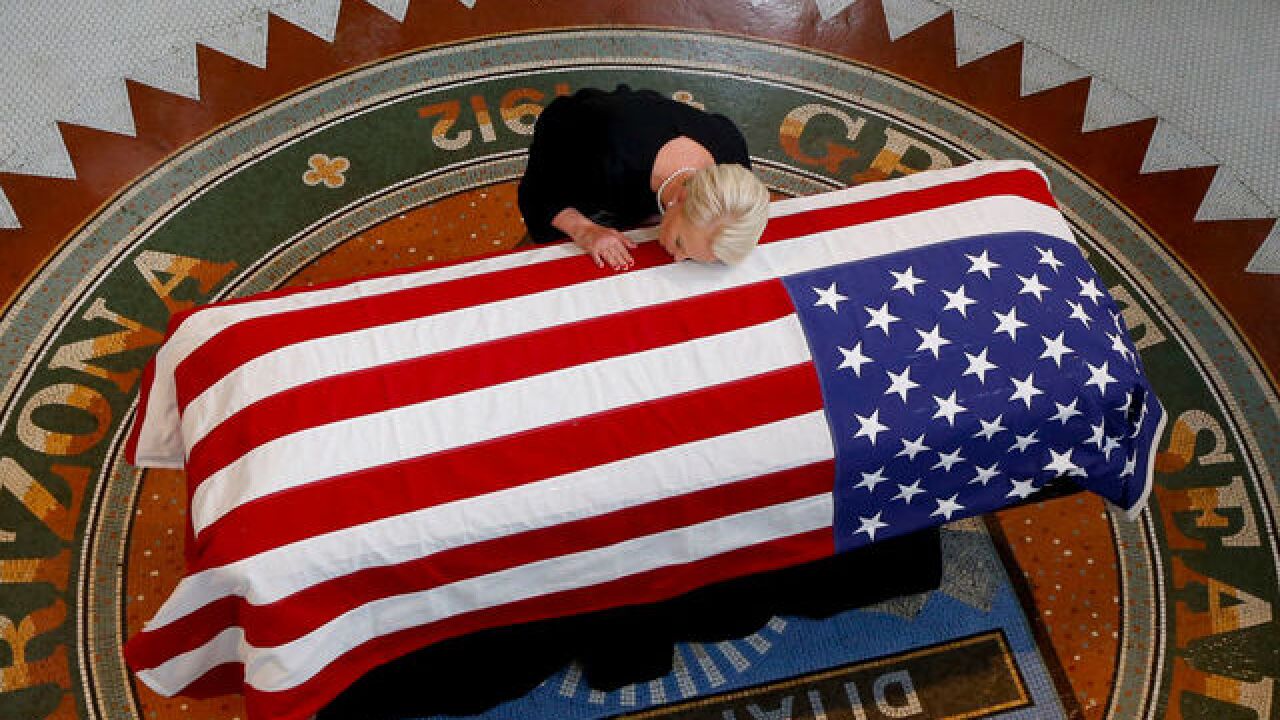 A black hearse pulled up to Arizona's Capitol Wednesday morning, where uniformed service members flanked the route McCain's casket traveled into the Arizona State Capitol Museum rotunda. There, McCain will lie in state after the private service.

Inside the museum, McCain's family mourned the loss of the Arizona senator. His wife, Cindy, walked up to the flag-draped casket, patted it, and kissed it. McCain's children followed, including his sons and daughter Meghan, who wept over him.

Other Arizona leaders also paid their respects during the ceremony. Arizona Gov. Doug Ducey and his wife, and Sen. Jeff Flake and former Sen. Jon Kyl were in attendance.

Following the private service, a public viewing will be held. A procession through Pheonix is scheduled for Thursday along Interstate 17. The public is also invited to line the route.

Afterward, a memorial service will be held at North Phoenix Baptist Church, where readings, musical performances, and a tribute from former Vice President Joe Biden are scheduled.

McCain will then be flown from Phoenix to the U.S. Capitol for another viewing Friday. His final memorial service will be held at Washington National Cathedral.