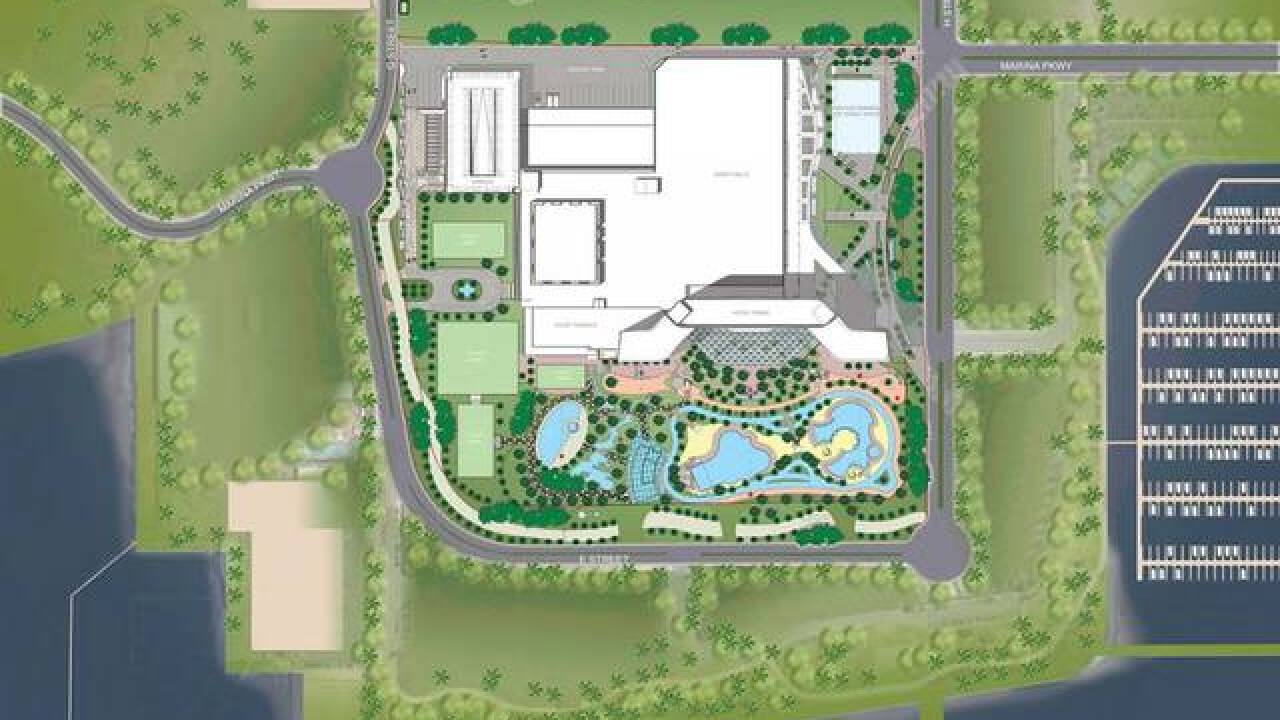 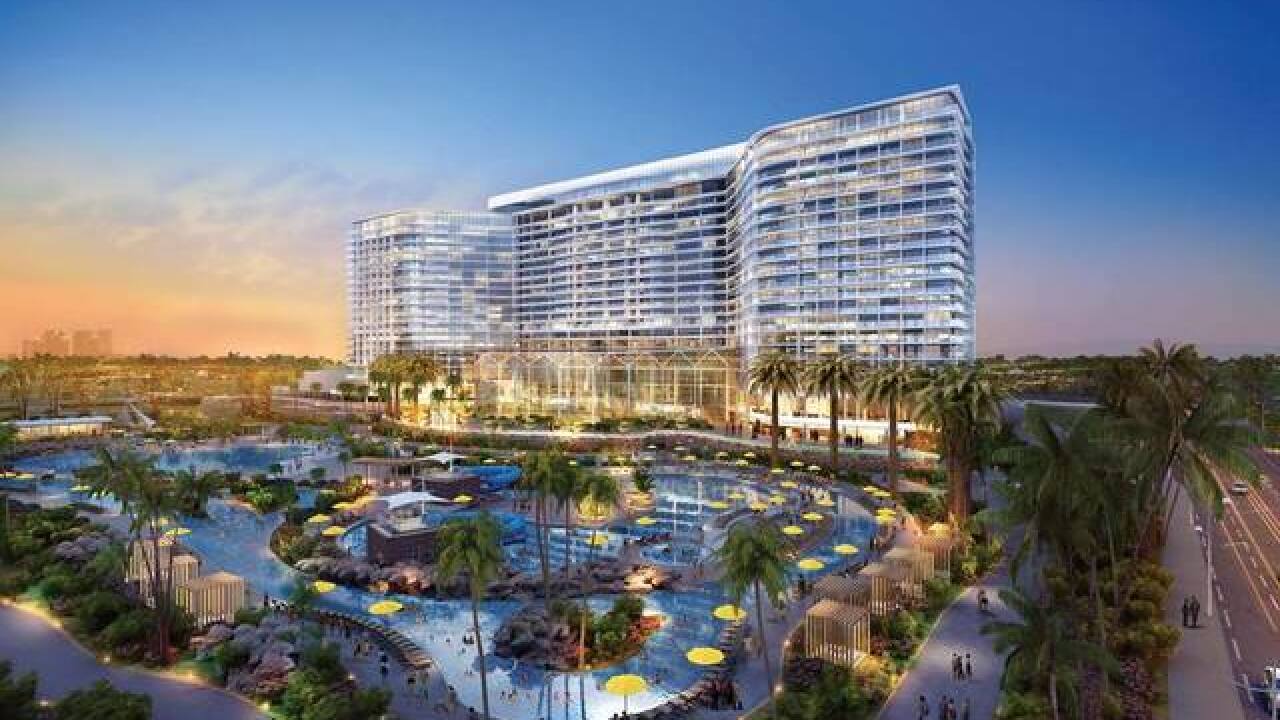 CHULA VISTA, Calif. (KGTV) - Officials with the City of Chula Vista and Port of San Diego signed a letter of intent Tuesday with RIDA Development Corporation to build a billion-dollar resort hotel and convention center.

Port of San Diego Commissioner Ann Moore confirmed that an agreement was reached with the Texas-based company to build the hotel on the city's bayfront, with construction possibly beginning in 2019.

Moore also told 10News RIDA would finance most of the hotel, with the city and Port contributing about 1/4 of the costs by using money generated by the hotel.

"This is the best part: It's like a billion dollars of revenue during the term of time of construction and about 3,100 good-paying construction jobs," Moore said.

The project is expected to include more than 1,000 hotel rooms, over 275,000 square feet of convention space and swimming pools and a lazy river.

While RIDA is building the project, Gaylord Hotels will operate the resort once it opens.

Gaylord was negotiating with the Port of San Diego and city roughly a decade ago to build the resort when the project crumbled.

In 2007, Gaylord and local labor unions could not reach an agreement on a similar project in the same location despite pleas from then-Mayor Cheryl Cox.

Gaylord eventually pulled out, but Chula Vista and the Port tried again in 2010, and the Chula Vista Bayfront Master Plan was later approved. As part of the Master Plan, the South Bay Power Plant was imploded.

Moore said, "The economy just wasn't right, but now the economy is perfect for this type of development."

Moore added the agreement means other moneymakers -- like Pacifica Hotels' plans for a hotel, homes and shopping -- should start falling in line.

"It's a game-changer," Moore said.

Port officials said the hotel is expected to generate about $390 million annually for the local economy once it opens.