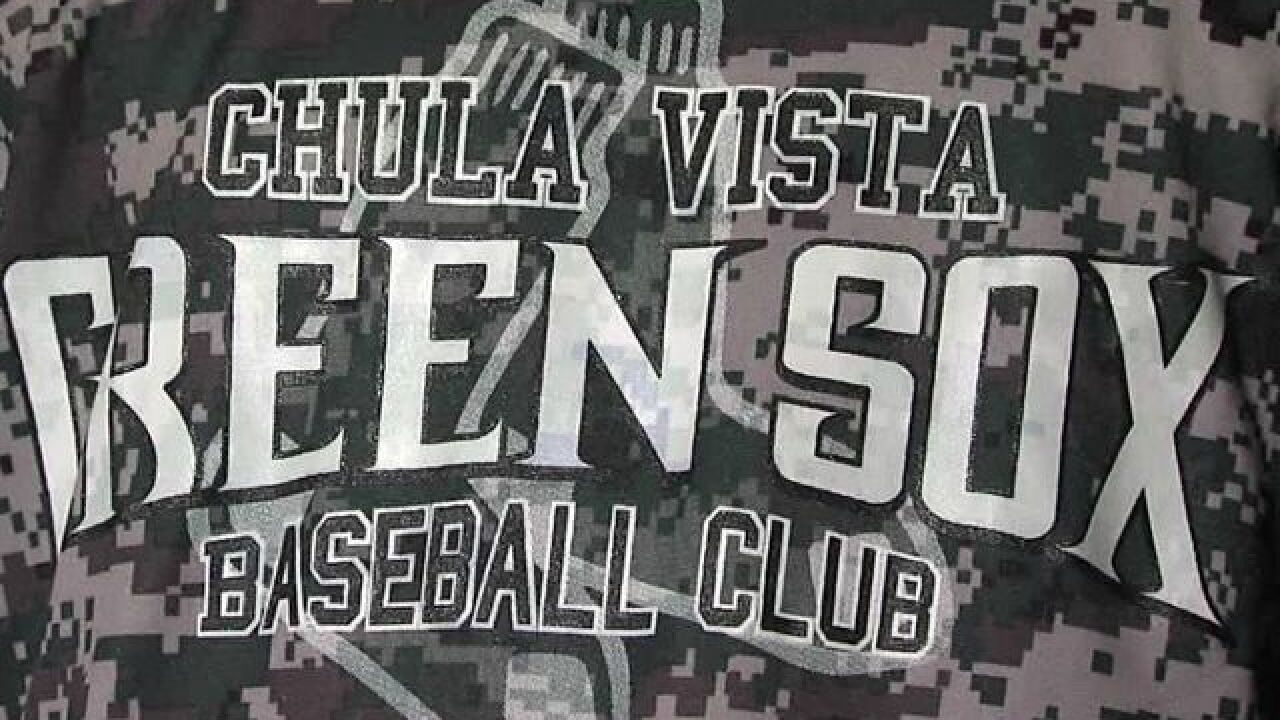 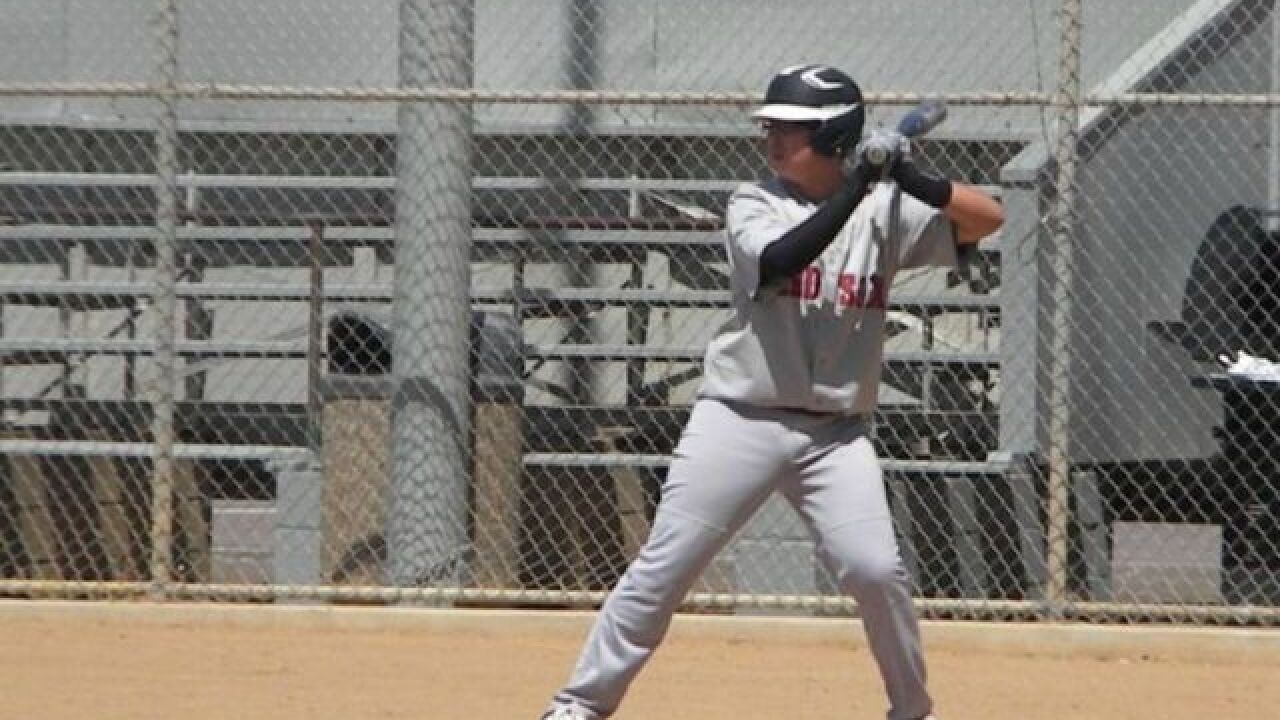 CHULA VISTA -- A Chula Vista teen who had his right leg amputated after contracting flesh-eating bacteria remains hospitalized and faces another surgery.

A family spokesperson confirmed Tuesday that doctors removed the right leg of 14-year-old Giancarlo Gil in order to stop the spread of the bacteria.

Gil was playing baseball with the Chula Vista Green Sox on Sept. 19, when he complained of leg pain. The team was playing at a field near Silver Strand Elementary School in Coronado.

"We had two games, and the first game he was fine," friend Christopher Johnson said. "And the second game he was playing first [base], and he thought he strained his calf and he asked coach if he could sit out for the rest of the game. I sat next to him and asked him, 'Are you OK?' and he said, 'Yeah, it's just kind of an odd pain.' I said, 'Does it feel like you pulled it?' and he said, 'No, I don't really know.'"

According to Dr. John Bradley, director of the Division of Infectious Diseases at Rady Children's Hospital, the boy's family took him to a doctor but were told his injury was considered mild at the time.

However, Bradley said the boy's pain increased, and included inflammation and swelling of the area. He was taken to the emergency room and then transported to Rady Children's Hospital's intensive care unit.

The infection rapidly spread, and Bradley said the boy's body could no longer fight it effectively.

Bradley said Gil has undergone five surgical procedures since he was admitted last week. On Monday, Gil's right leg was amputated from the mid-thigh. A sixth surgery was scheduled for Wednesday.

According to Bradley, the teen is medically sedated and is unaware of his condition.

Bradley said the boy's family has been "incredibly supportive but devastated" during the ordeal. The family has asked the public to not ignore any injury sustained by a child and to continue to donate blood. Gil has had several blood transfusions since he was admitted.

There is no official word as to how Gil may have come into contact with the bacteria.

In light of Gil's case, Manny Rubio with the Sweetwater Union High School District said the district is making sure all of its schools are clean when students return from a two-week break next week.

According to Rubio, while it's not known how exactly Gil contracted the infection, the district is working to keep students safe moving forward. Rubio also said a letter is being sent to parents to notify them of the situation.

A GoFundMe page set up for the teen has raised nearly $12,000 as of Wednesday afternoon.

For more information on how you can help, visit https://www.gofundme.com/r652cfec.


A county spokesman issued the following data regarding the flesh-eating bacteria:

Necrotizing fasciitis is a locally reportable condition in San Diego County no matter what the cause.

All were hospitalized, there were 12 deaths

According to the CDC's website, pain similar to a pulled muscle is a common symptom. The bacteria is rarely spread from person to person. The most common way of contracting the disease is when the bacteria enters the body through an open wound.

It's extremely rare in young, healthy people. Caught early it can be treated with antibiotics, according to the CDC.

A GoFundMe page has been set up to raise money for the boy's health care costs.

FROM THE ARCHIVES: More stories on flesh-eating bacteria cases

Information about Flesh-Eating Bacteria (from the CDC)

Flesh-eating bacteria, or necrotizing fasciitis, is a serious bacterial skin infection that spreads quickly and kills the body's soft tissue. It can be caused by more than one type of bacteria.

These include group A Streptococcus (group A strep), Klebsiella, Clostridium, Escherichia coli, Staphylococcus aureus, and Aeromonas hydrophila, among others. Group A strep is considered the most common cause of necrotizing fasciitis.

Usually, infections from group A strep bacteria are generally mild and are easily treated. But in cases of necrotizing fasciitis, bacteria spread rapidly once they enter the body. They infect flat layers of a membrane known as the fascia, connective bands of tissue that surround muscles, nerves, fat, and blood vessels.

The infection also damages the tissues next to the fascia. Sometimes toxins made by these bacteria destroy the tissue they infect, causing it to die. When this happens, the infection is very serious and can result in loss of limbs or death.

Necrotizing fasciitis is rarely spread from person to person

Most people who get necrotizing fasciitis have other health problems that may lower their body's ability to fight infection. Some of these conditions include diabetes, kidney disease, cancer, or other chronic health conditions that weaken the body's immune system. If you're healthy, have a strong immune system, and practice good hygiene and proper wound care, your chances of getting necrotizing fasciitis are extremely low.

The symptoms often start within hours after an injury and may seem like another illness or injury. Some people infected with necrotizing fasciitis may complain of pain or soreness, similar to that of a "pulled muscle."

The skin may be warm with red or purplish areas of swelling that spread rapidly. There may be ulcers, blisters or black spots on the skin.

Patients often describe their pain as severe and way out of proportion to how the painful area looks when examined by a doctor. Fever, chills, fatigue (tiredness) or vomiting may follow the initial wound or soreness. These confusing symptoms may delay a person from seeking medical attention.

If you think you may have these symptoms after a wound, see a doctor right away.