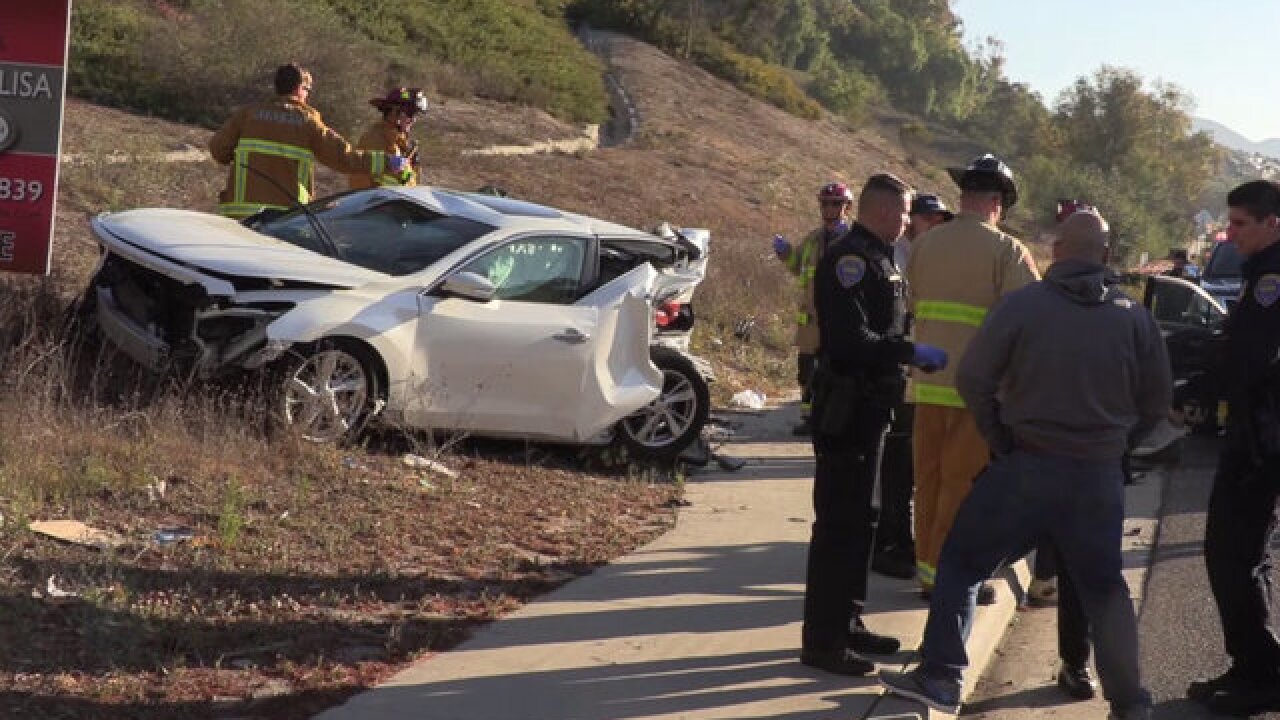 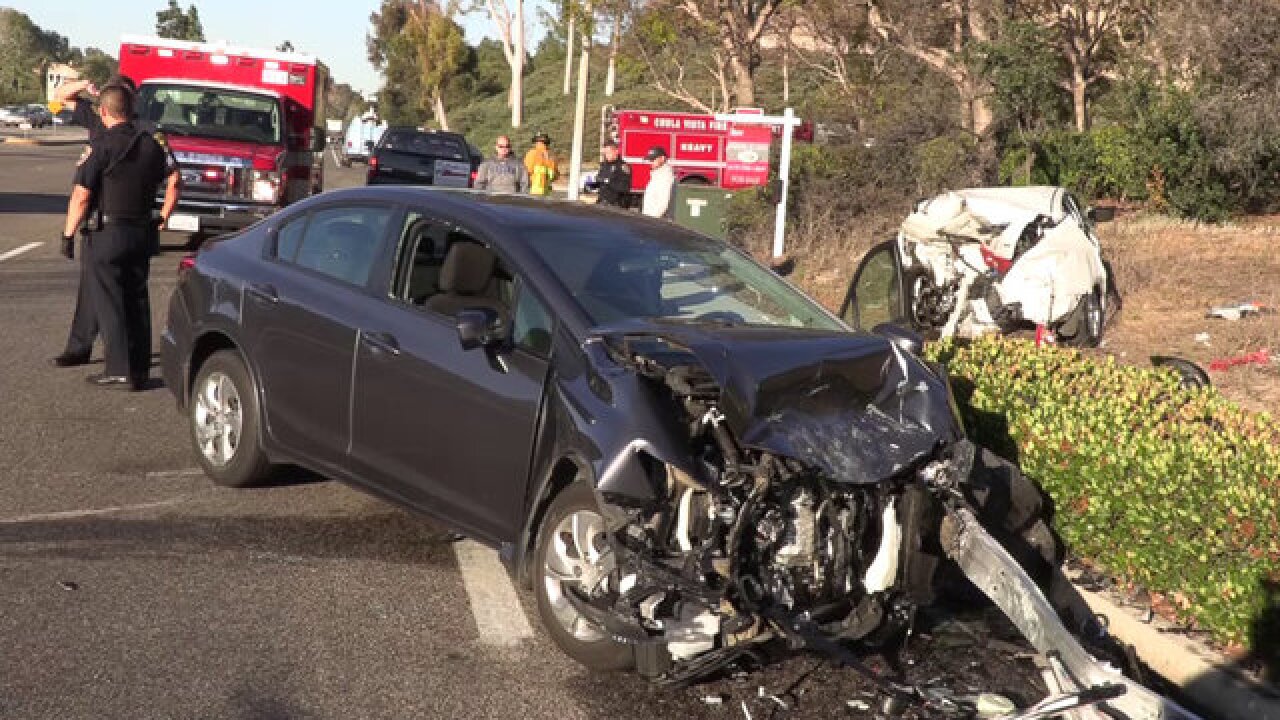 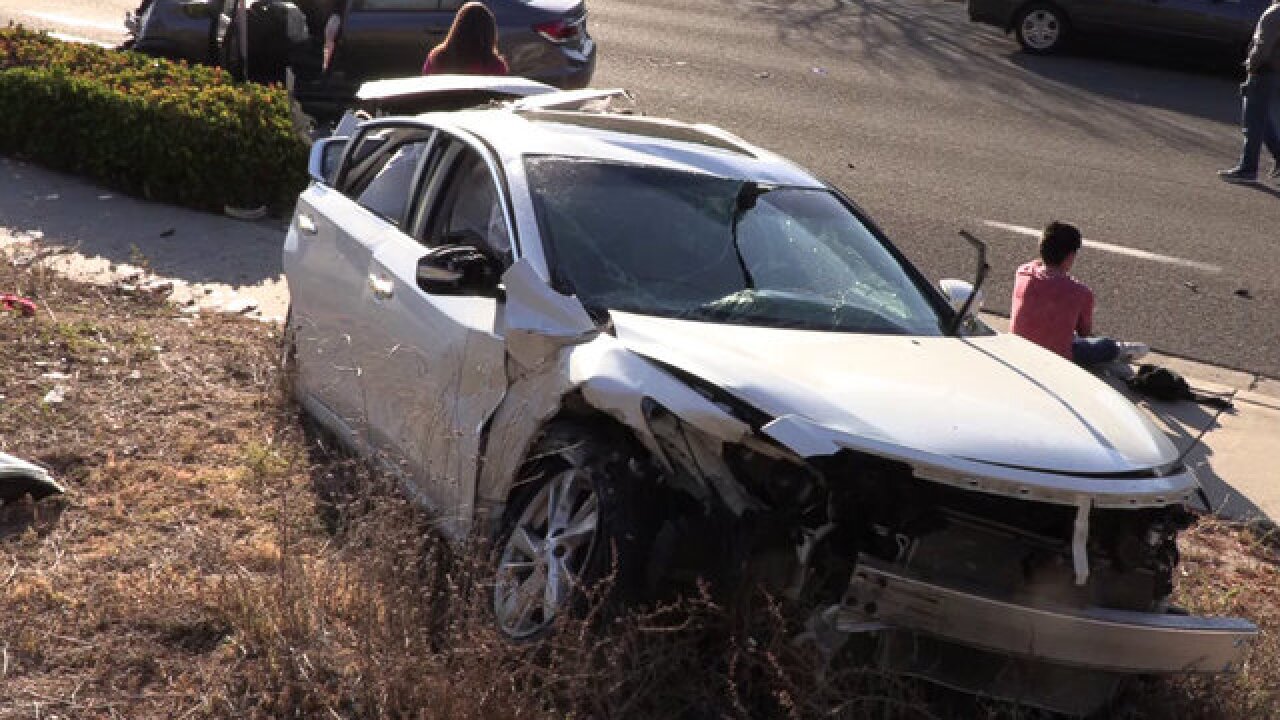 CHULA VISTA, Calif. (KGTV) - A car making an illegal U-turn on a busy Chula Vista street collided head-on with another car, causing several injuries and backing up traffic during the Friday morning commute.

According to Szymczak, the Nissan was traveling westbound when -- for unknown reasons -- it made an illegal U-turn onto the eastbound side of Telegraph Canyon Road, near Apache Drive. The Nissan then collided with an oncoming Camaro.

The impact sent the Camaro into the bushes off the eastbound lanes, while the Nissan was pushed back into the westbound side and collided with another car.

Szymczak said the Nissan’s driver and two small children inside were taken to the hospital. The children were taken to Rady Children’s Hospital for evaluation, while the man believed to be their father was transported to Scripps Mercy Hospital.

Another driver was taken to Scripps Mercy Hospital with what was believed to be minor injuries.

“I would say, just by looking at the vehicles, it appears everyone is pretty lucky to get out with just minor injuries,” said Szymczak.

The Camaro’s driver, a 15-year-old boy, was not injured, but he was cited by police for driving by himself without a license.

Szymczak said the incident is under investigation.