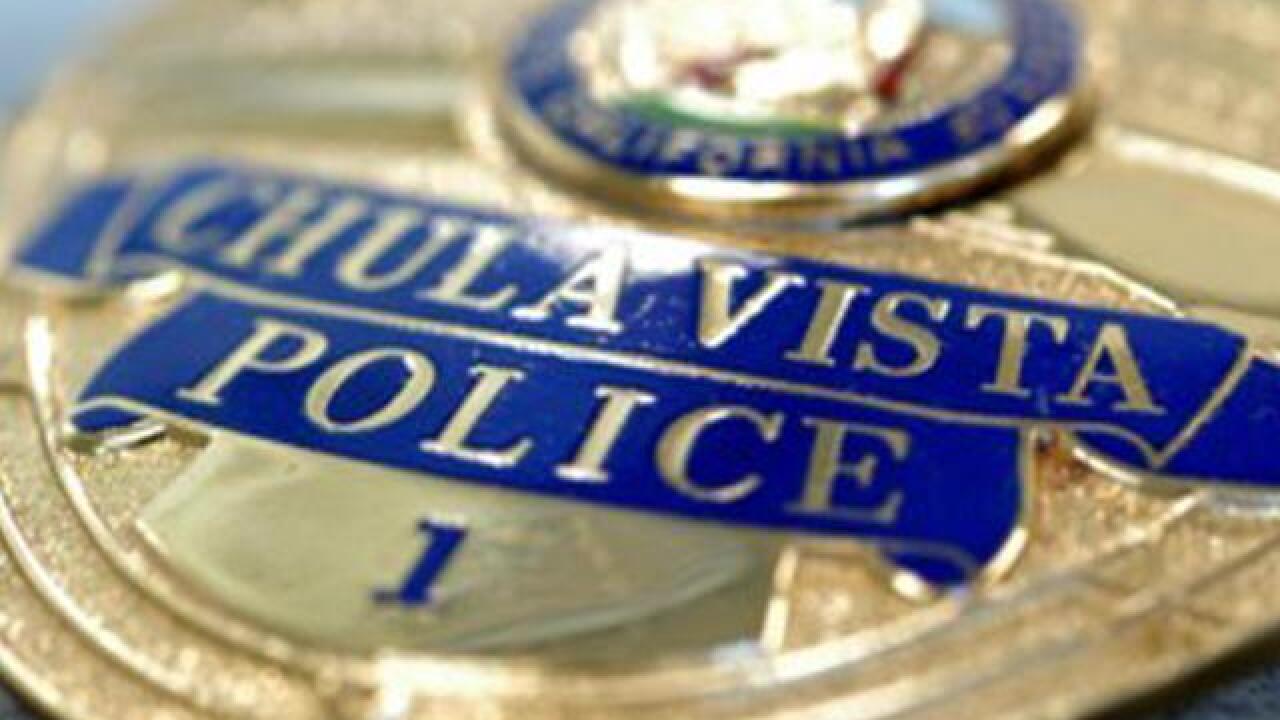 Chula Vista Police officer Leopoldo Armando Chousal, 27, was arrested at a residence in the 6400 block of Potomac Street by San Diego Police. The incident occurred while Chousal was off-duty, police said.

SDPD said Chousal was booked on one count of making "criminal threats" to harm his girlfriend. CVPD personnel were also at the scene when SDPD made the arrest.

Chousal has been placed on administrative leave with a suspension of peace officer powers.

"CVPD takes these allegations seriously and was disappointed to learn of this incident. We are cooperating with SDPD’s criminal investigation and we are conducting an internal investigation concurrently," CVPD Lt. Eric Thunberg said in a release.

No further information was released by police. The investigation is ongoing.