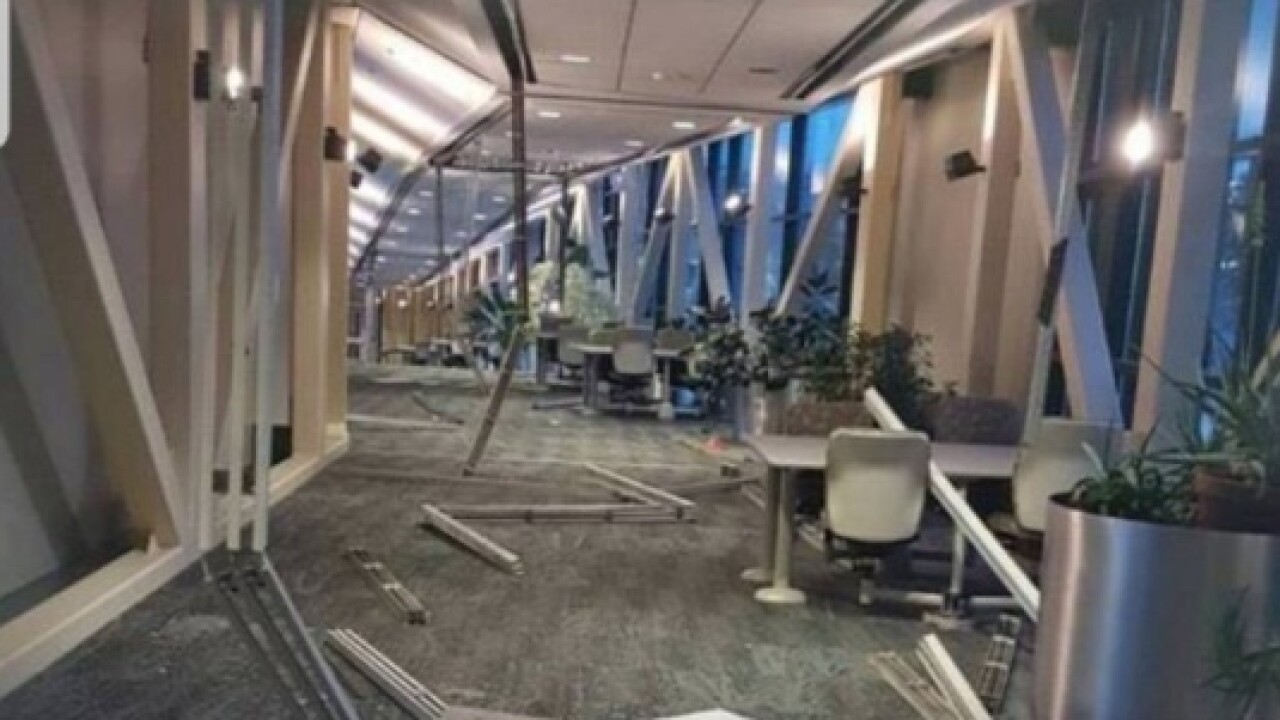 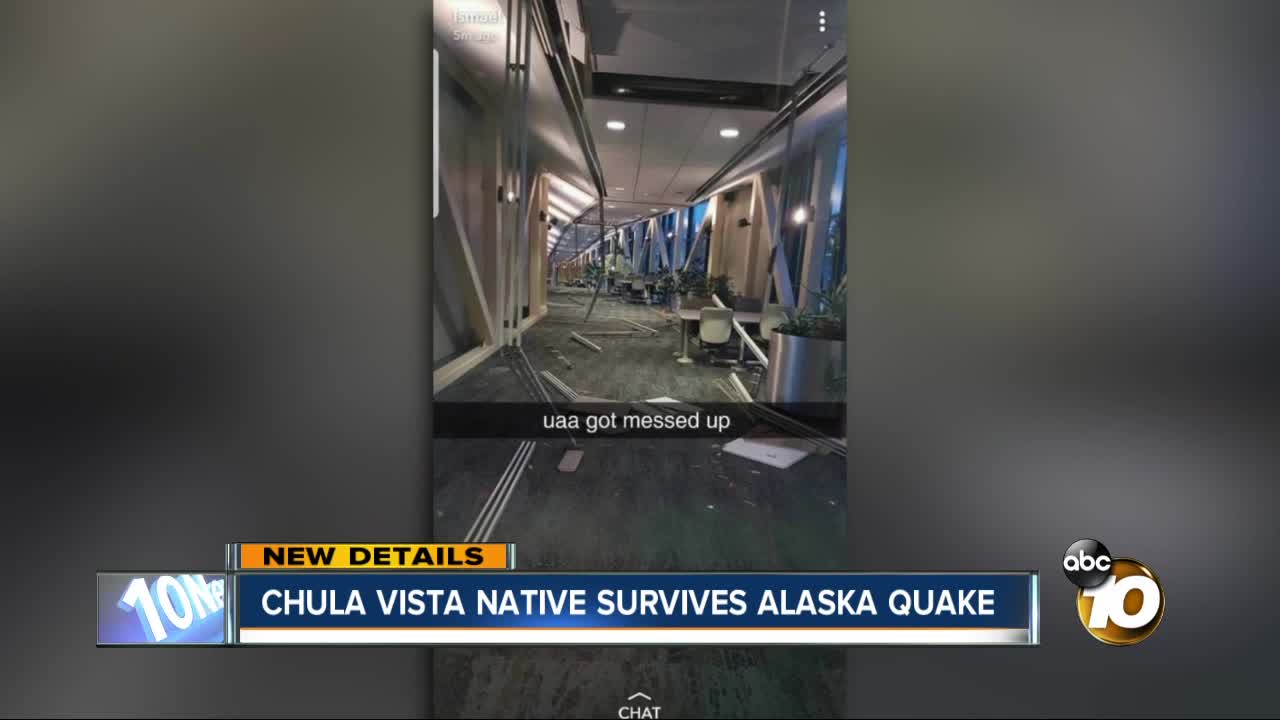 "I went straight under my desk and I was just praying," Moreno recalled. "I was afraid I was going to die."

Moreno said training for earthquakes while living in San Diego as a child helped prepare him for what to do. Once the quake stopped and things seemed clear, Moreno and his roommate at the University of Alaska ran outside to try and call family members, but cell service was down in the area.

He eventually reached his mother.

"I contacted my mom and I was pretty shaken up. I was a little emotional," Moreno said.

A Snapchat photo from Moreno showed captured the damaged hallway of a building at the university. The earthquake, and following 5.0-magnitude aftershock, left roadways crumbled, buildings damaged, and caused power outages around the Anchorage area.

Since Friday's quake, Alaska has been hit with more than 190 small earthquakes, according to the US Geological Survey. Moreno says the mood around the university is quiet, as if everyone is waiting for the next big shake up.

"I actually have a backpack ready with extra clothes, extra shoes, extra blankets," Moreno said. "I'm actually going to sleep with all my clothes and shoes on tonight cause if anything happens, I'm ready to just jump out."