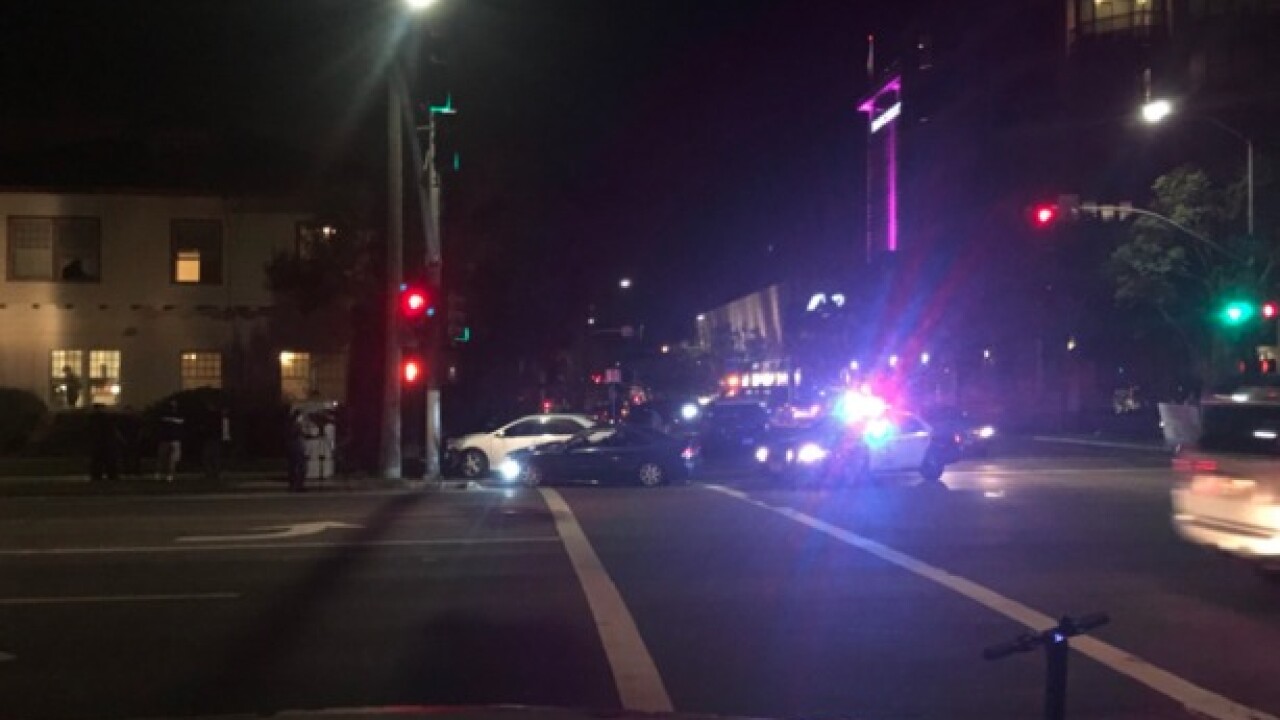 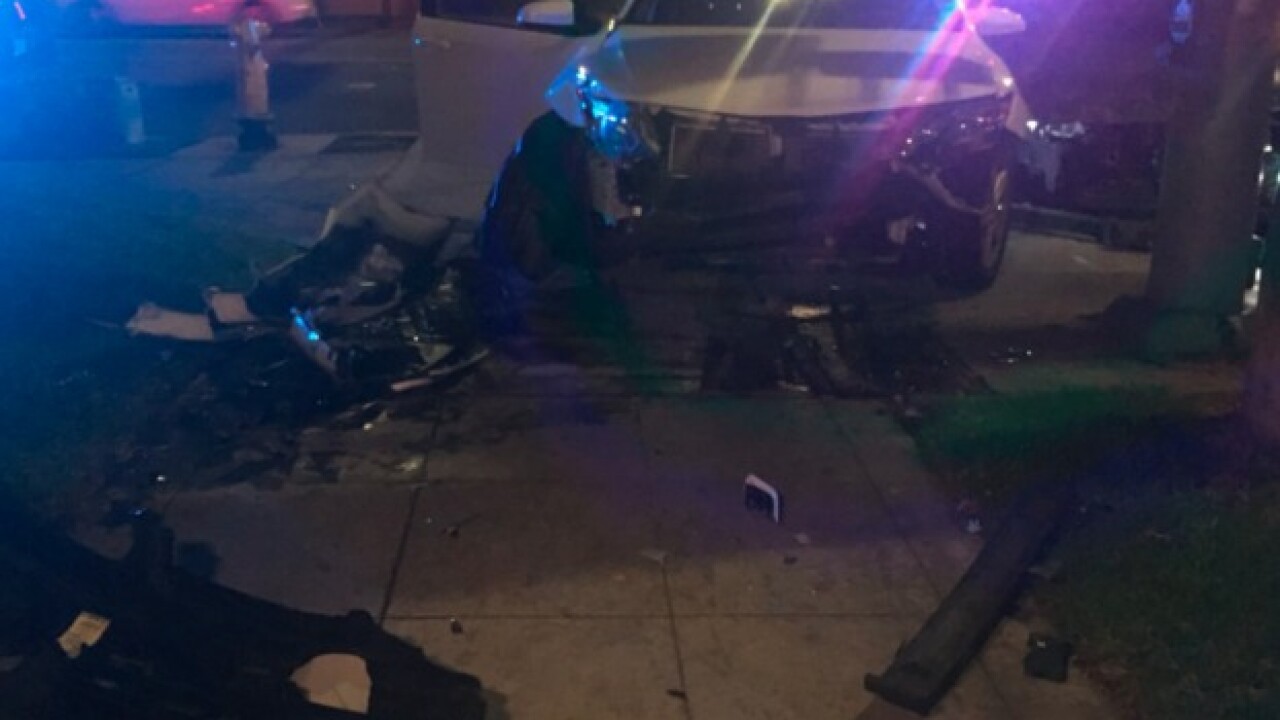 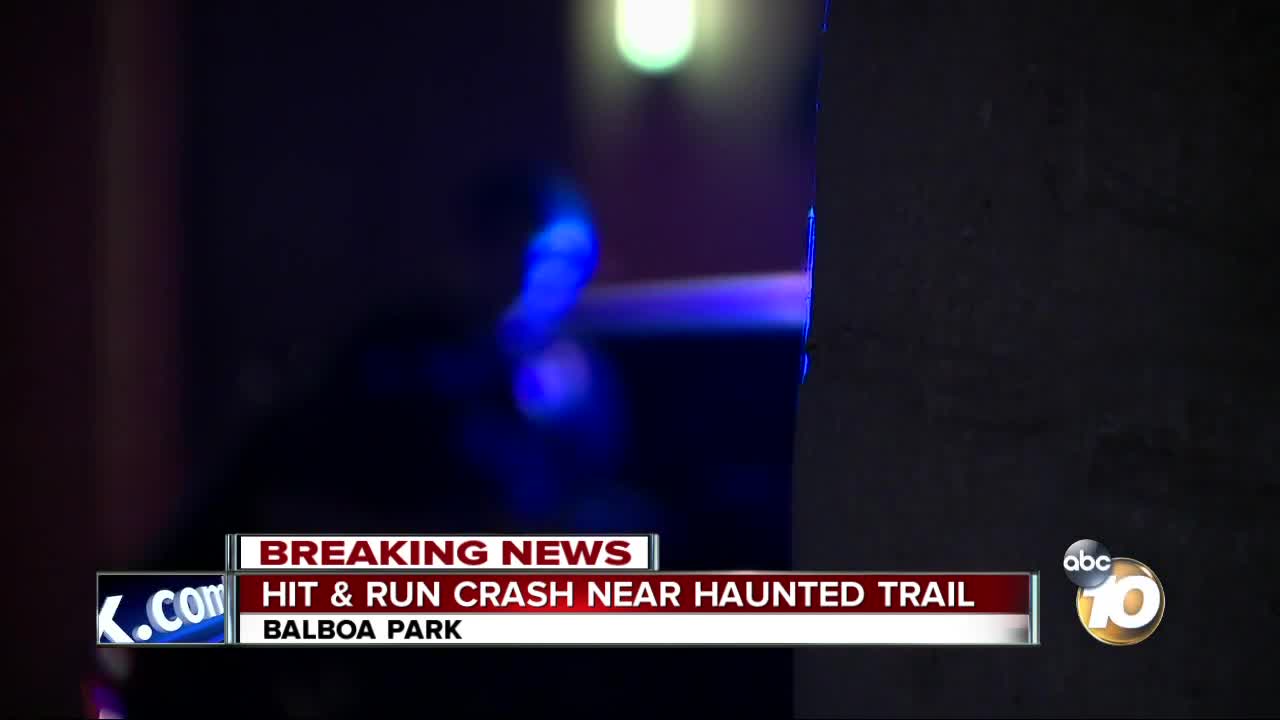 SAN DIEGO (KGTV) - Two cars collided near the Haunted Trail in Balboa Park Tuesday night, striking two people along the way and sending police on the hunt for a hit-and-run driver.

The crash involving a white Toyota and a blue Honda happened around 7:30 p.m. near the intersection of Sixth Avenue and Laurel Street, according to San Diego police. The Toyota was traveling south on Sixth Avenue when it was struck by the Honda making a left turn from Laurel Street.

Pedestrians walking near the Haunted Trail said they had to leap out of the way to avoid being struck.

“I just saw the headlights going towards me, and if I didn't dodge that car, I would have been pinned on that tree. When I fell on the floor, I saw that car slam on that tree,” one pedestrian said.

According to police, the Honda fled from the scene following the crash. A description of the driver was not available, and it is unclear if police were able to obtain a license plate number from witnesses.

The two pedestrians hit by the car, a man and a woman, were taken to the hospital with minor injuries.

The Toyota’s driver was also hospitalized with minor injuries.

Hit and Run crash near Balboa Park. Pedestrians standing in a street corner had to dodge the cars that ended up on the sidewalk. One pedestrian taken to the hospital. Minor injury. @10News pic.twitter.com/yBveVngIPt