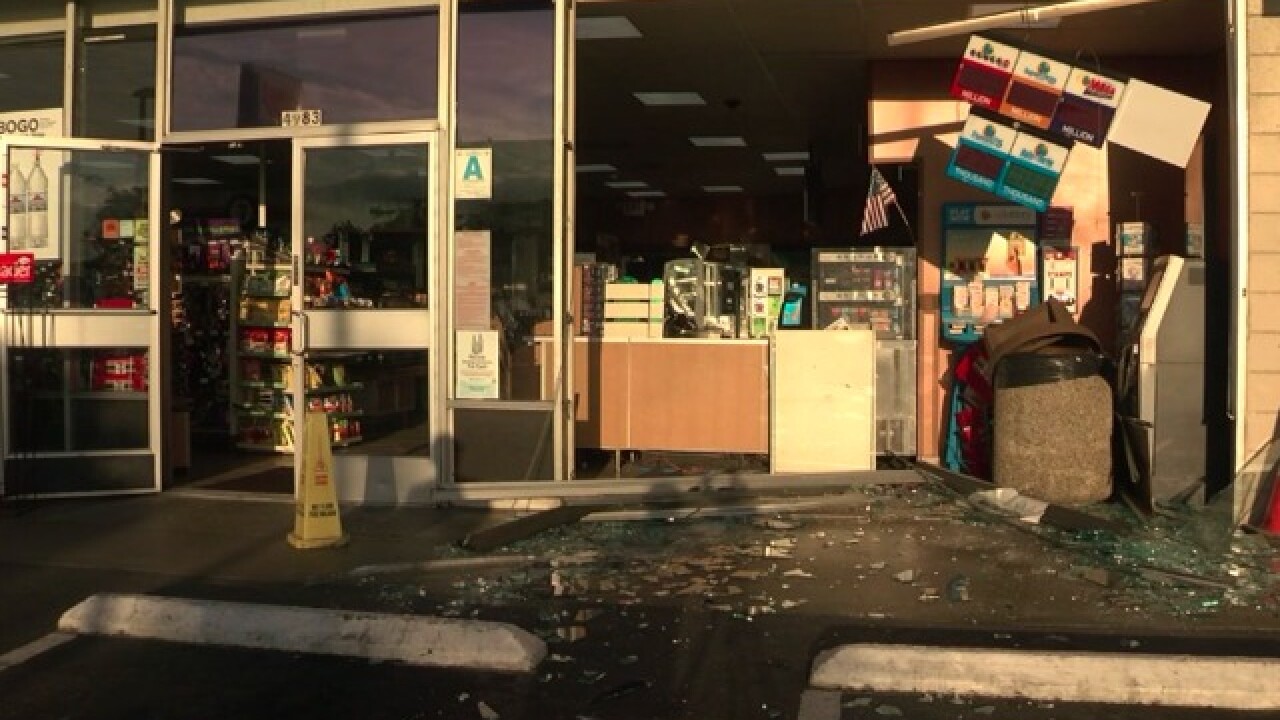 SAN DIEGO (KGTV) -- A car crashed Monday afternoon into the front of a Pacific Beach 7-Eleven, destroying a portion of the store.

According to the San Diego Fire-Rescue Department, the incident happened near Cass Street and Loring Street.

Crews said the elderly man who was driving hit the gas instead of the brakes, and the car slammed through a window of the convenience store up to its windshield.

The driver, customers, and the clerk working at the counter were not hurt.

The car also missed the propane tanks stored in a metal cage outside the store. There was no significant structural damage.