Car crashes into second floor of building in Santa Ana 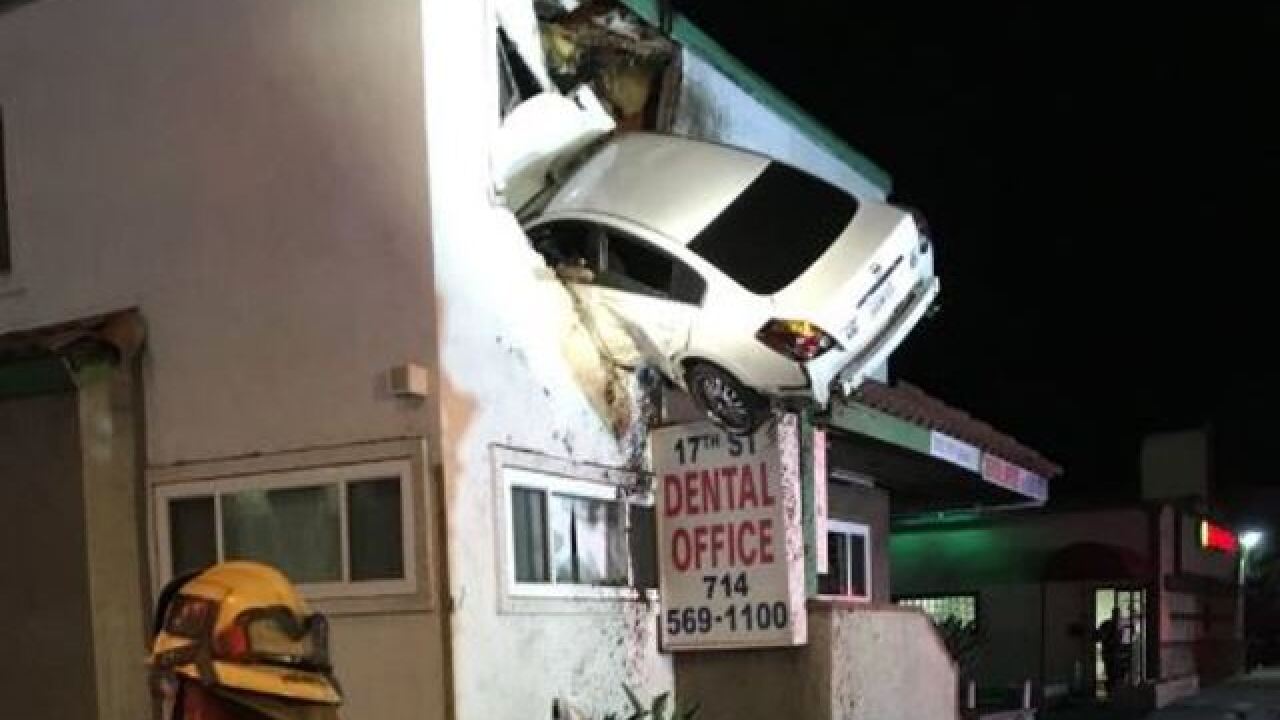 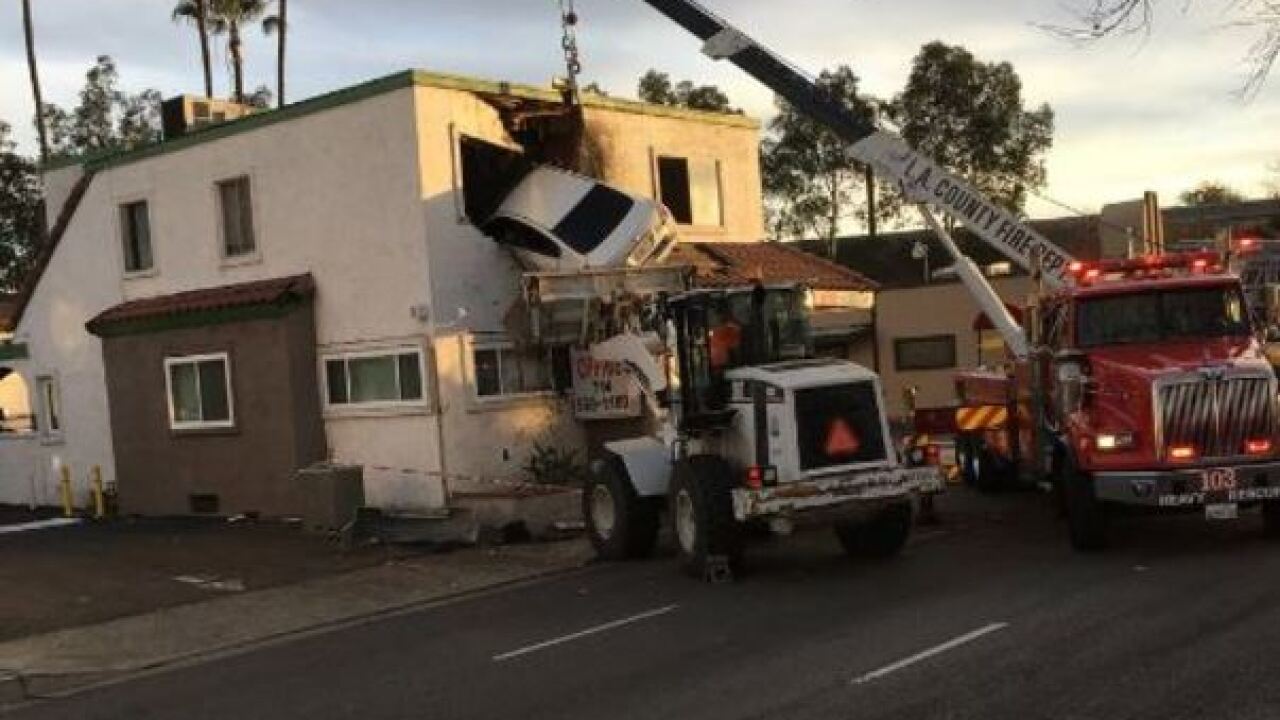 SANTA ANA, Calif. (KGTV) -- A driver who police say admitted to using narcotics crashed his car into the second floor of a dental office in Santa Ana Sunday.

The white vehicle could be seen partially sticking out of the second floor of the building located on the 300 block of East 17th Street.

A specialized truck had to be brought in from Los Angeles to remove the car.

Investigators said the vehicle was speeding when it struck a raised center median and became airborne.

The car’s driver was taken to the hospital for observation.

OCFA on scene in SANTA ANA of a vehicle into a building. One person still trapped inside the vehicle. pic.twitter.com/sWmtovu0Kd

OCFA in Santa Ana with a vehicle that crashed into the second floor of a small Office building. The vehicle hit the center divider and went airborne and landed into the building. One person self extricated, the other person is still trapped in the vehicle. USAR from OCFA On scene pic.twitter.com/Lm5b4oyCIm

OCFA in Santa Ana of a vehicle that crashed into the building. The fire was quickly extinguished, both victims are out of the vehicle safely with minor injuries. Members from OCFA & LA COUNTY Urban Search & Rescue teams are removing the vehicle from the building. pic.twitter.com/x29WvTkNGk