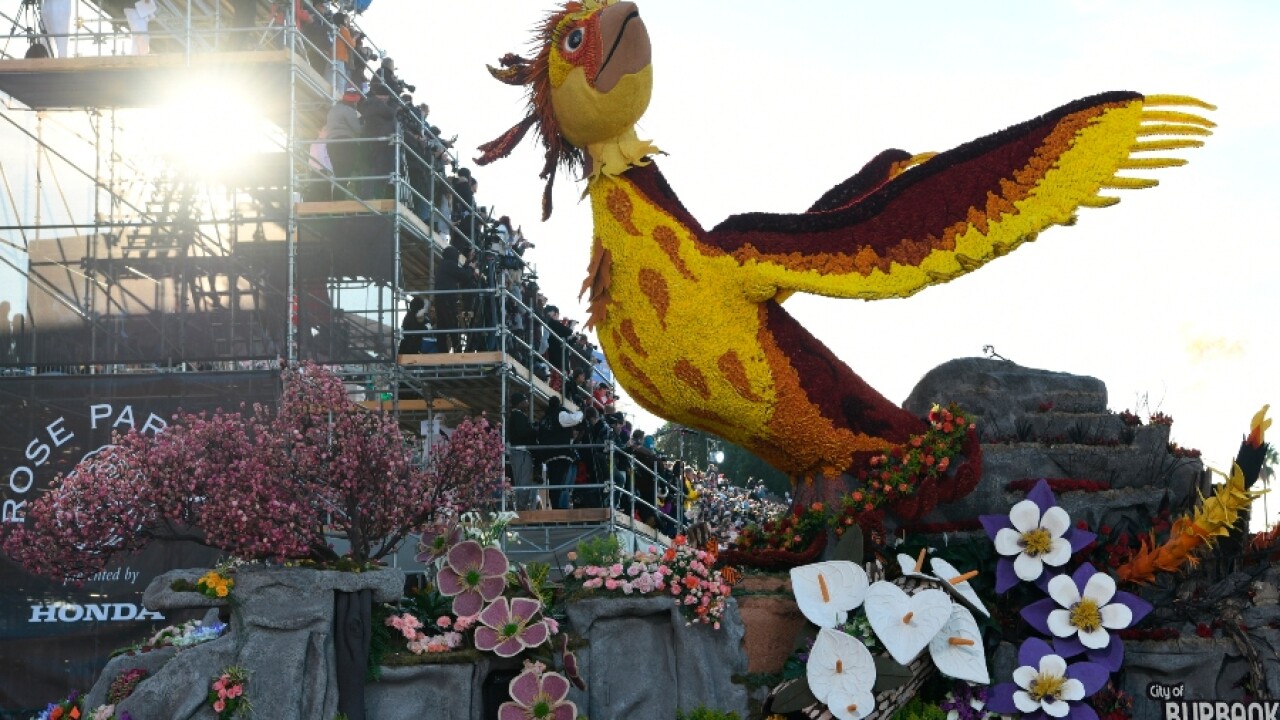 PASADENA, Calif. (CNS) - The Pasadena Tournament of Roses announced that in lieu of the annual parade canceled due to the coronavirus pandemic, it will host a two-hour televised entertainment special on New Year's Day to benefit Feeding America.

"We are beyond excited about the upcoming New Year's Day television special and the unique opportunity it gives us to not only entertain our worldwide audience in new and dynamic ways, but also honor the Rose Parade's 130-year tradition," said David Eads, executive director and CEO of the Tournament of Roses.

"Each year, tens of millions across America and around the world invite us into their homes to celebrate the New Year, and this year will be no different," he said. "We may not be able to make our typical 5.5-mile march, but we are hosting a spectacular celebration nonetheless."

The Tournament of Roses will partner with Feeding America, the nation's largest organization dedicated to fighting domestic hunger through a nationwide network of food banks.

"Food insecurity has been a focus of our organization's efforts during the pandemic, so it was only fitting that we extend our commitment to our re-imagined New Year celebration," said Bob Miller, president of the Pasadena Tournament of Roses Association. "We are proud to work with Feeding America, an organization that is working to change lives in communities across the country."

Food banks are feeding an average of 60% more people due to the pandemic's economic effects, said Claire Babineaux-Fontenot, CEO of Feeding America.

"We are deeply grateful to the Tournament of Roses for helping to raise awareness and support for people facing hunger," she said. "Their generosity will help provide much needed meals for our most vulnerable neighbors."

The show will air on ABC, the Hallmark Channel, KTLA, NBC, RFD-TV and Univision on Jan. 1 at 8 a.m. Details on the performance lineup, entertainment segments and celebrity appearances are yet to be announced.

Talent will be filmed from various cities throughout the country, including Pasadena, and any new footage will meet COVID-19 safety protocols outlined by the State of California and the Pasadena Health Department, according to the Tournament of Roses.

"The Rose Parade is a longstanding and central part of our New Year celebrations -- not only here in Pasadena, but also around the world -- and we are delighted that tradition will continue this year in a new, reimagined way," said Pasadena Mayor Terry Tornek. "We are excited to see how it comes to life on TV this year."