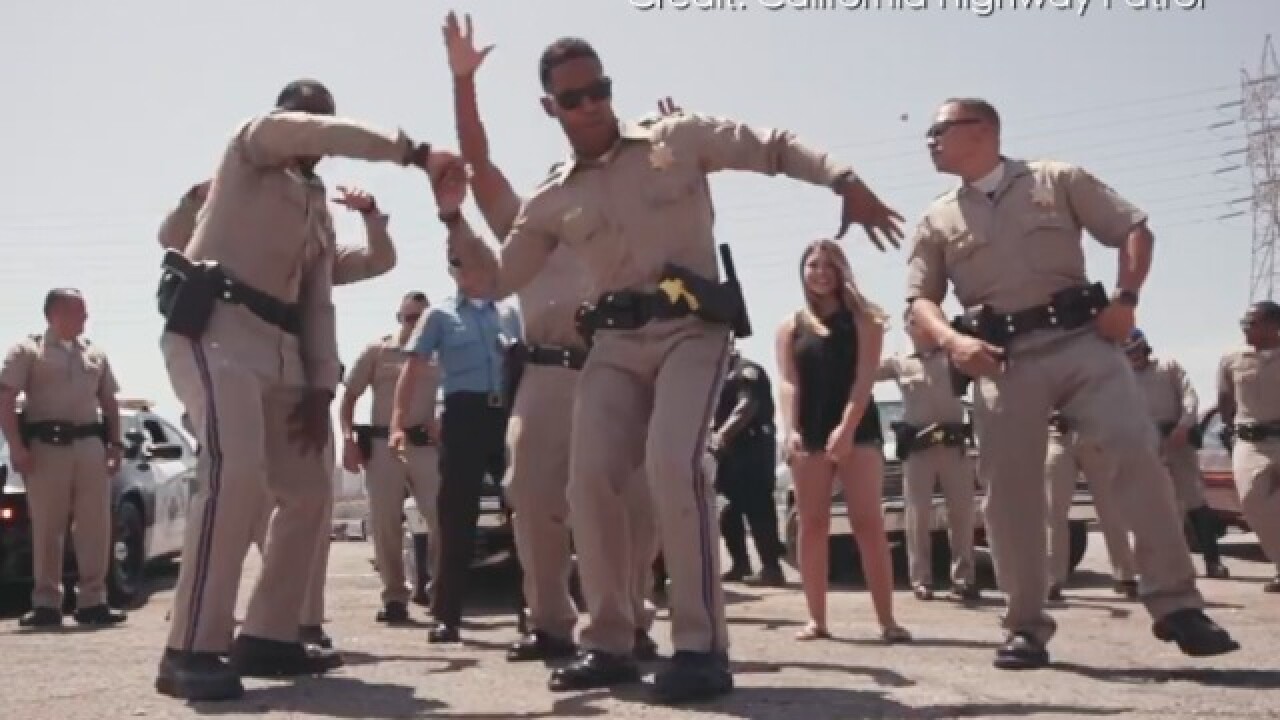 (KGTV) — It wasn't long ago police department began throwing down the challenge to other agencies to pick a song a sing.

The "lip sync challenge" has bounced between departments from coast to coast since about June. Now, California Highway Patrol officers are getting in on the challenge.

And it's appropriately Californian.

CHP officers put together a six-minute music video of their lip singing skills, even recruiting "CHiPs" star Erik Estrada back to the force to help out.

The video begins with a group of officers trying to decide which song to pick, before CHP mascot Chipper calls in Estrada to set the stage.

"Listen up, I know you're the best, you're elite, and you're tops in cops but I'm from Hollywood, and this is how we do it. You fix your hair, then we roll," Estrada says, before a classic toupee adjustment.

Officers begin with Tupac's "California Love," before tackling other Golden State hits including "California Sun" by the Ramones on San Diego's USS Midway; "California Gurls" by Katy Perry; "California Dreamin'" by the Mamas & the Papas; "California Girls" by The Beach Boys; and The Eagles' "Hotel California."

Check out the music video here: