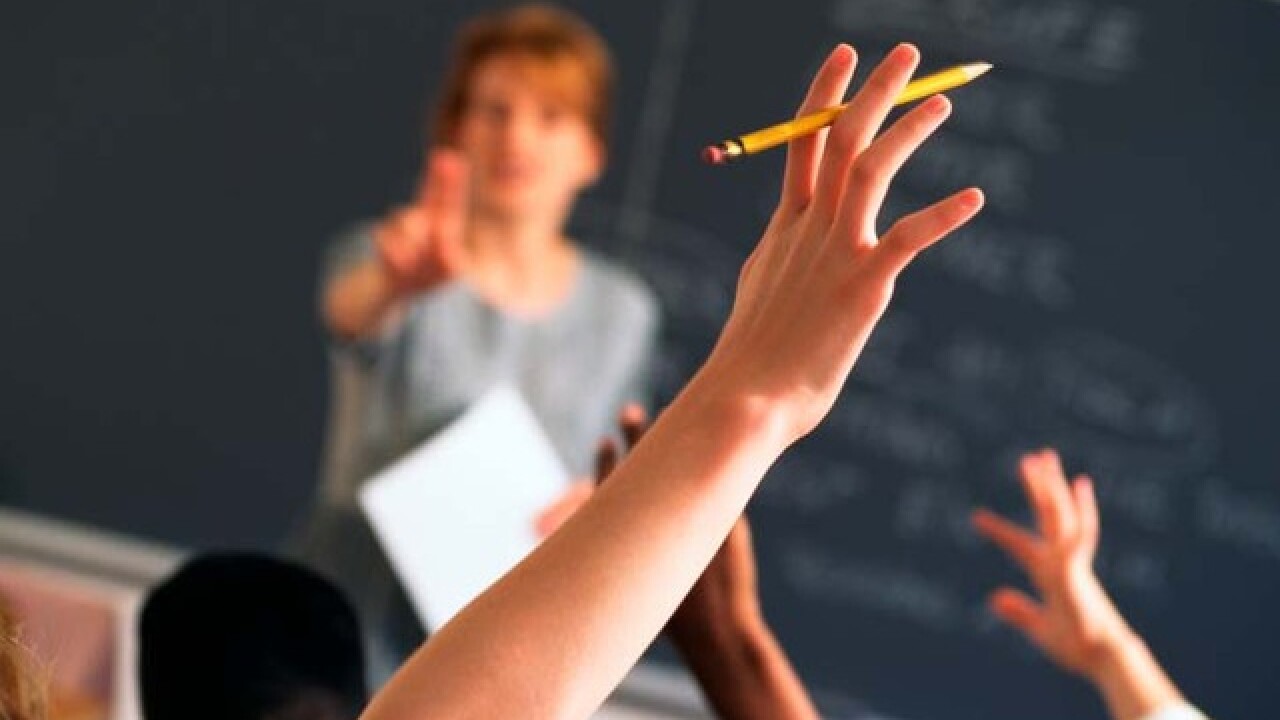 A few hundred people gathered on the state Capitol grounds in Sacramento on Wednesday morning, carrying signs that read "stop sexualizing my kids" and "respect parental rights." The crowd soon filled the lobby of the California Department of Education, with parents busily handing out snacks to occupy their children for what could be a long day. Those who could not get inside circled the building holding signs.

Patricia Reyes traveled more than 400 miles from her home in Anaheim Hills to bring her six children, who attend or have attended public schools, to Wednesday's board meeting. They included her 4-year-old daughter, Angelie, who carried a sign that read: "Protect my innocence and childhood."

"It's just scary what they are going to be teaching. It's pornography," the 45-year-old mother said. "If this continues, I'm not sending them to school."

Michele McNutt, 49, focused on the framework's attention to healthy relationships and consent, something she said is never too soon to teach her two daughters in public school, ages 11 and 9.

"Withholding medically accurate, scientific information from them actually causes more harm and does not actually protect innocence," she said while wearing a purple T-shirt that read "protect trans students." ''If you don't give kids accurate information about their own body ... how are they able to make good choices?"

California's education standards tell school districts what students should know about a particular subject at the end of every grade level. The state's curriculum framework gives teachers ideas on how to do that. The state updated its health education standards in 2008. But because of a budget crisis, state officials never gave schools a framework for how to teach them.

The more-than-700-page document compiled over three years does not require schools to teach anything, but it is designed to expose teachers to current research about health education and give guidance about how to teach it. It's also influenced by a 2015 state law that made California one of the first states to address LGBT issues as part of sex education.

The framework tells teachers that students in kindergarten can identify as transgender and offers tips for how to talk about that, adding "the goal is not to cause confusion about the gender of the child but to develop an awareness that other expressions exist."

"I think that people hear the word 'transgender' or 'gender identity' in guidance for kindergarten through grade three and they think the worst," said Stephanie Gregson, director of the Curriculum Frameworks and Instructional Resources Division at the California Department of Education. "It's really about civil rights issues."

On Wednesday, State Board of Education member Feliza I. Ortiz-Licon asked the board to remove that book, and a few others, from the guidance. She said the books had "created panic" and distracted from the framework's goals, including teaching students about consent and sex trafficking.

"It's important to know the board is not trying to ban books. We're not staying that the books are bad," she said. "But the removal will help avoid the misunderstanding that California is mandating the use of these books."