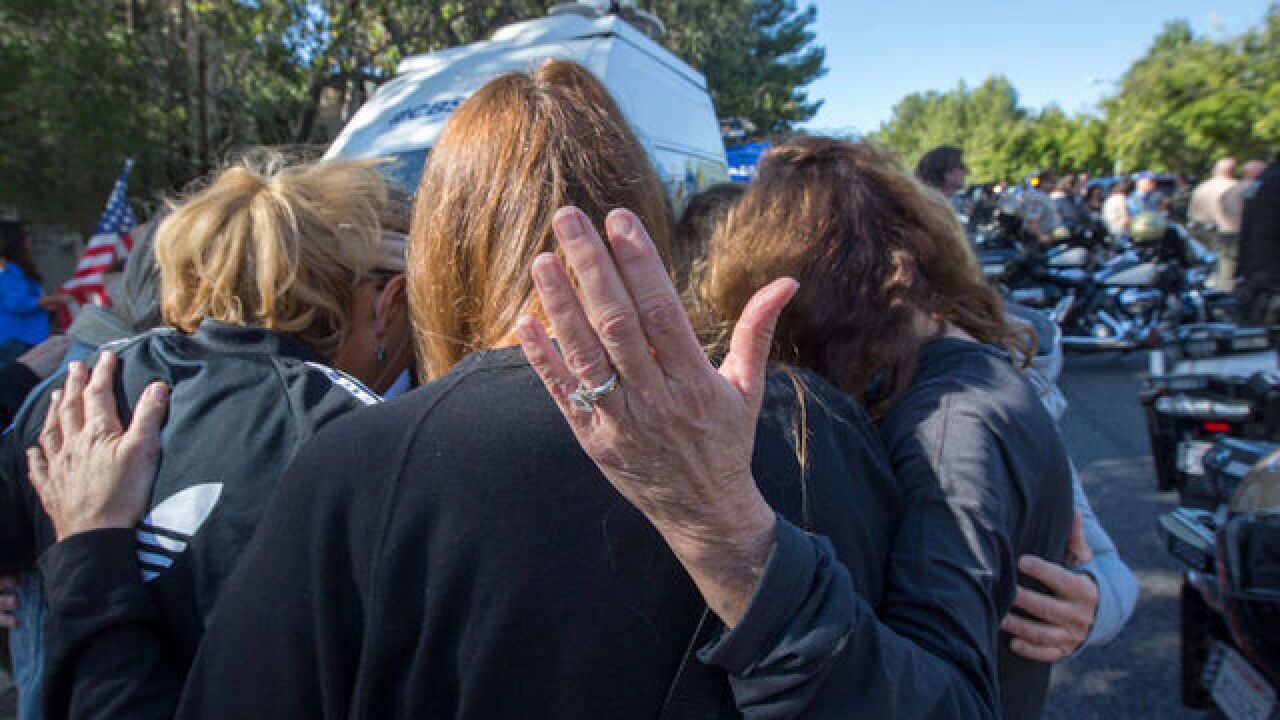 Copyright Getty Images
David McNew
<p>THOUSAND OAKS, CA - NOVEMBER 08: People hug and pray before the procession carrying the body of Ventura County Sheriff Sgt. Ron Helus, who was killed in a mass shooting at the Borderline Bar and Grill, leaves Los Robles Hospital on November 8, 2018 in Thousand Oaks, California. 12 people have died including the sergeant plus the gunman. (Photo by David McNew/Getty Images)</p>

THOUSAND OAKS, Calif. (AP) -- A survivor of the mass shooting at a Southern California bar was also at the Las Vegas music festival that ended in a massacre last year.

Dani Merrill says she's upset that such bloodshed has now come to her hometown.

Merrill joined hundreds of people at a vigil Thursday night to mourn those killed at the Borderline bar in Thousand Oaks.

Merrill says she escaped when the shooting began by running out onto the bar's loading dock.

Thousand Oaks acting Mayor Rob McCoy told the crowd the city is hurting but will heal.