Paintings will be sent to Florida to honor victims 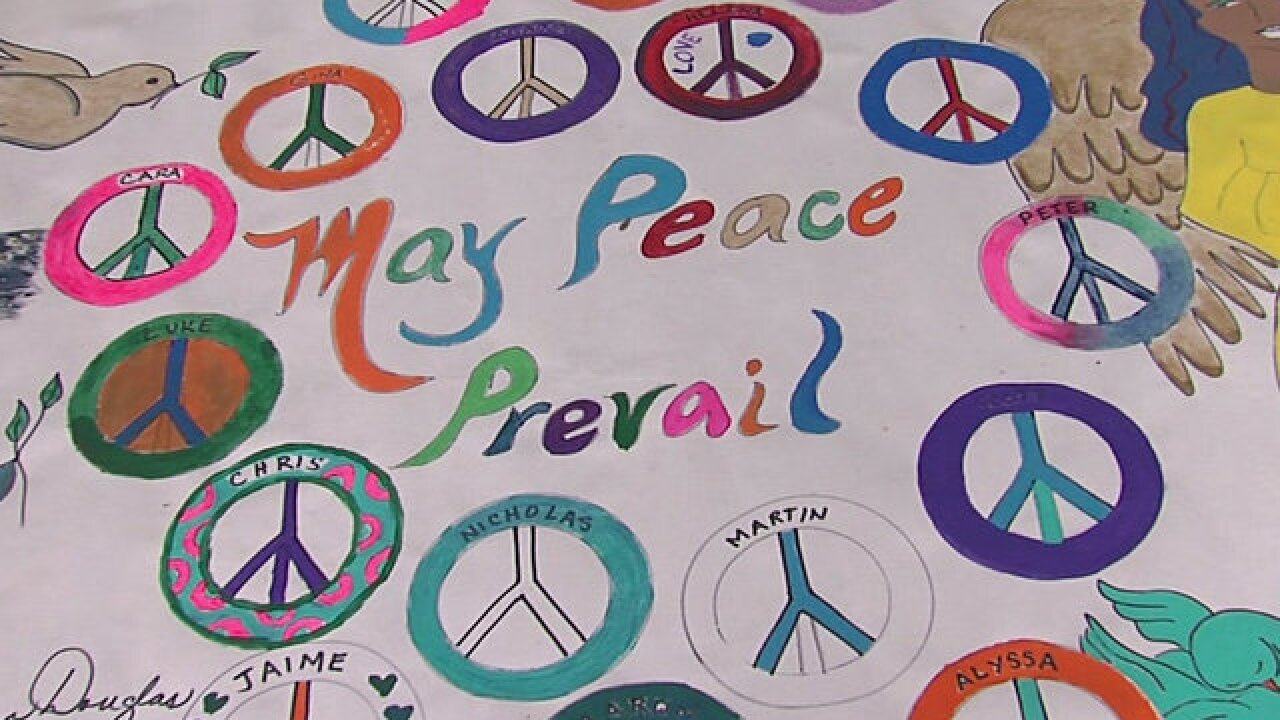 SAN MARCOS, Calif. (KGTV) - Students at Cal State-San Marcos will spend time Tuesday and Thursday this week painting as a way to process their emotions in the wake of the school shooting in Parkland, Florida.

They're making a pair of murals, in conjunction with the Art Miles Project.

One mural features 17 peace signs, each with the name of one of the victims of the shooting. The other features a dove with 17 rays of color coming out of it, also honoring the victims.

Organizers say it's their way to let the victims know they have support from all over. It also helps the people who are painting sort through their own emotions and grief.

"I see the healing power that it has," says Joanne Tawfilis, the Director of the Art Miles Project, which organizes the murals.

She's been doing murals like this for 20 years. Every time there is a major shooting or natural disaster, she organizes a way for people to paint.

"It makes me feel good," she says. "But it also makes me feel sad that we’re in a state in the world that this violence continues."

Over the last 20 years, the Art Miles Project has been involved in painting 5,000 murals in over 100 countries. All of the materials are donated.

In addition to the two murals that students will paint at Cal State-San Marcos, Tawfilis says the public is invited to the Muramid Museum and Art Center this weekend to paint more.