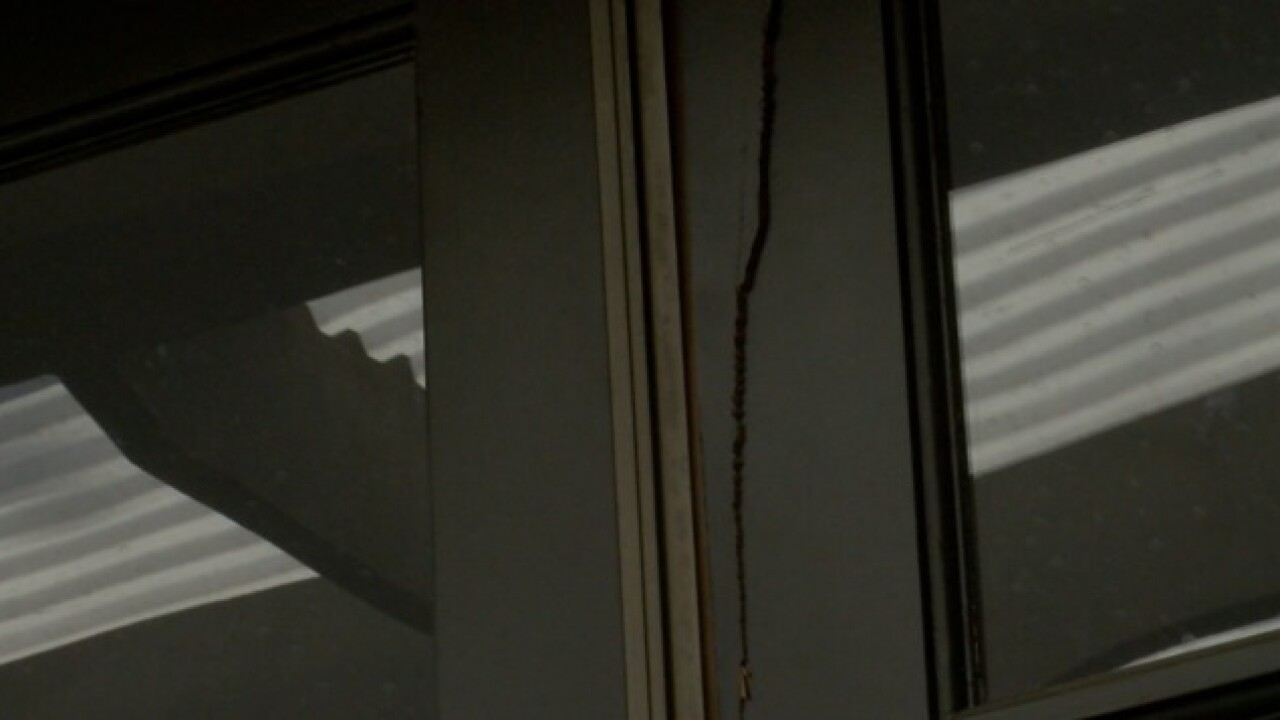 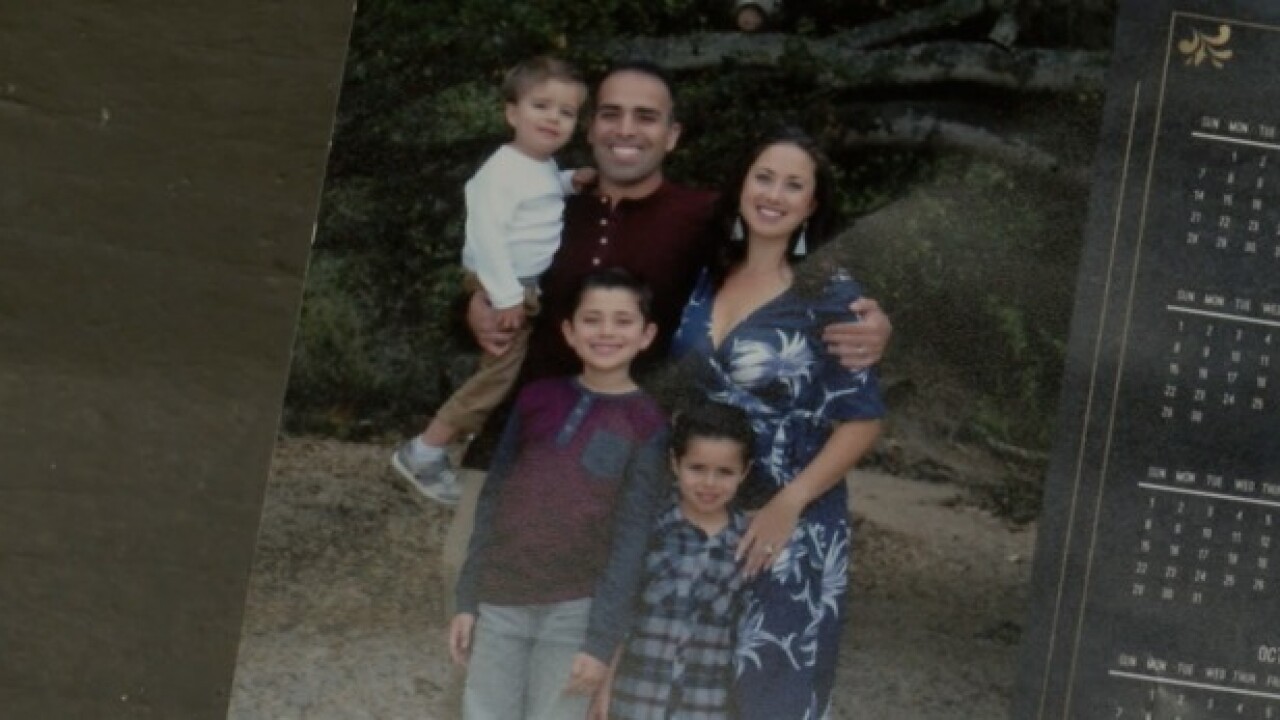 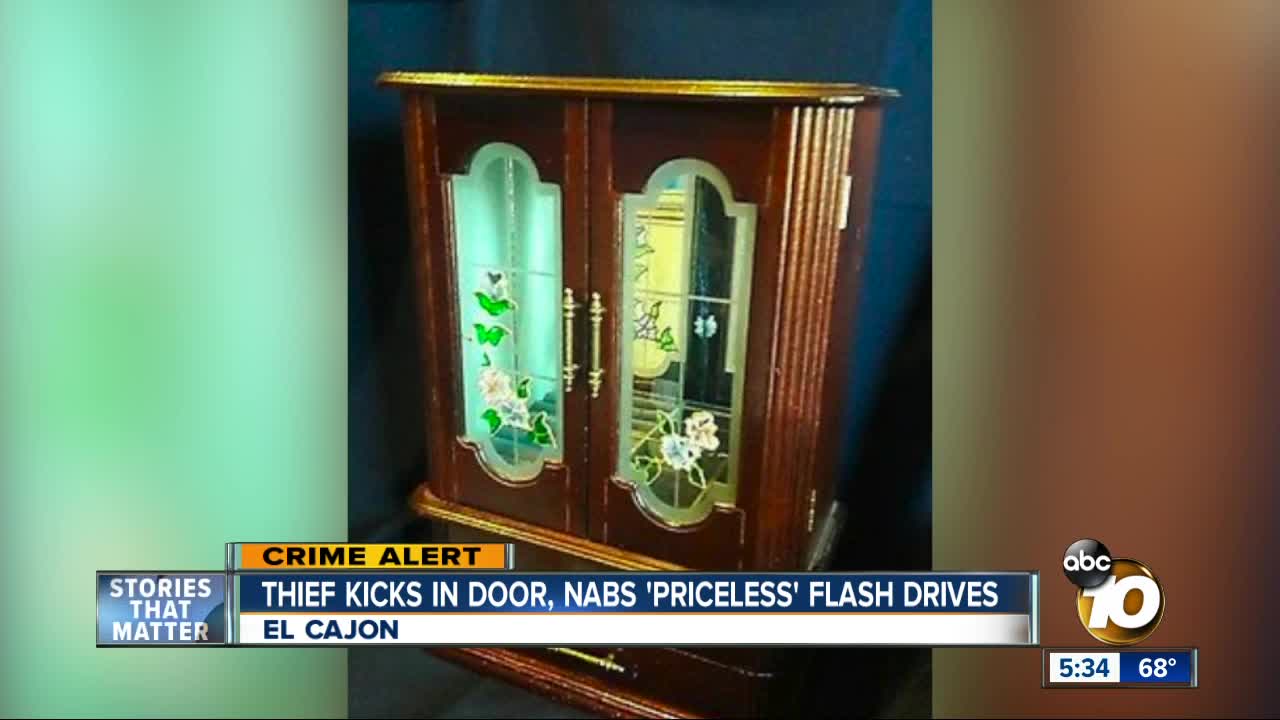 EL CAJON, Calif. (KGTV)- An El Cajon family says the least valuable items stolen during a recent burglary are the ones they most desperate to get back.

Last Friday, Shannon Torres returned to her home along Murray Drive around noon with her 3-year-old son.

"Her heart dropped. She was terrified," said husband Omar Torres.

Torres says she found the front unlocked and the French doors leading into the family room open.

"They had kicked it open and splintered it up near the top," he said.

Inside the house, the bedroom drawers were open and Shannon's jewelry boxes were gone and along with them, dozens of pieces of jewelry.

Among the missing items: a pearl necklace from her aunt that Shannon wore at her wedding, diamond earrings from her husband for their anniversary, and a silver-and-gold bird necklace. The latter was a Mother's Day present. The couple have three sons, ages eight, six and three.

That feeling was made more intense when they realized what else was in the jewelry boxes: a yellow-and-white flash drive on a key ring and a black SanDisk memory stick. On them were the birth videos of their sons, along with videos and stills of each of their first year of life.

The bird necklace is engraved with the first letters of her sons' names, V - A - N. If you have any information on the case, you're urged to call Crimestoppers at 888-580-8477.