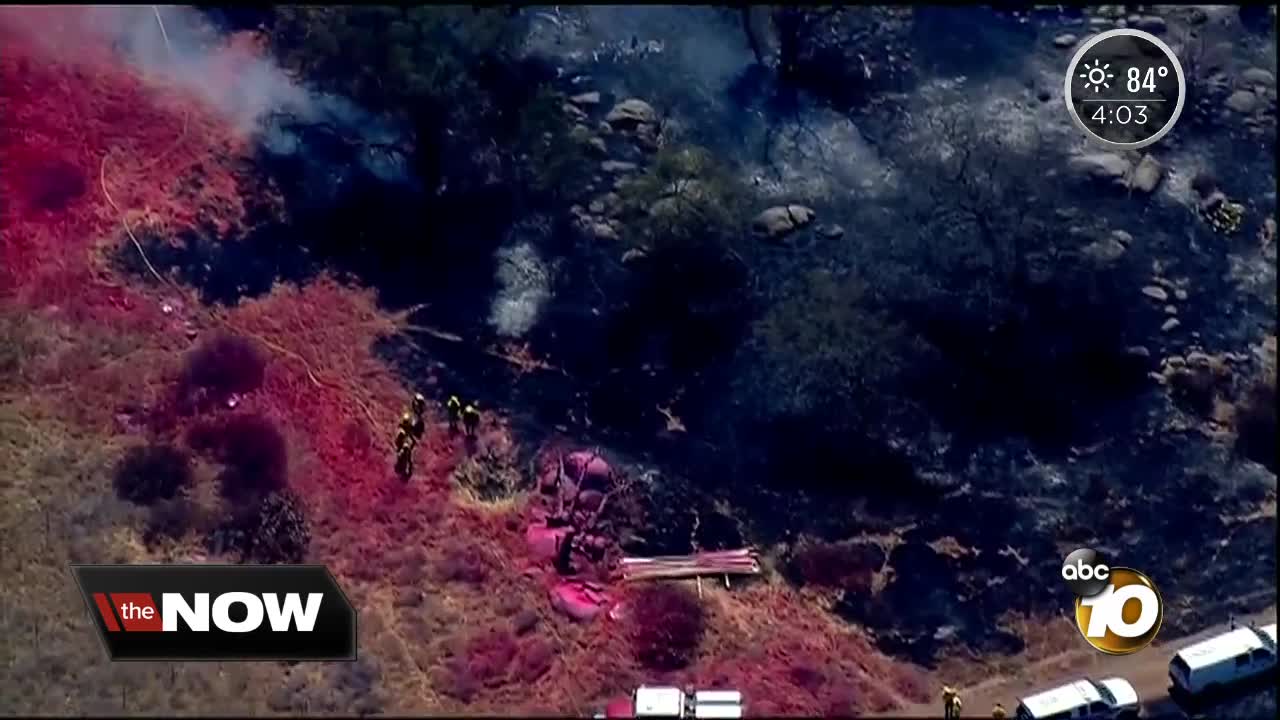 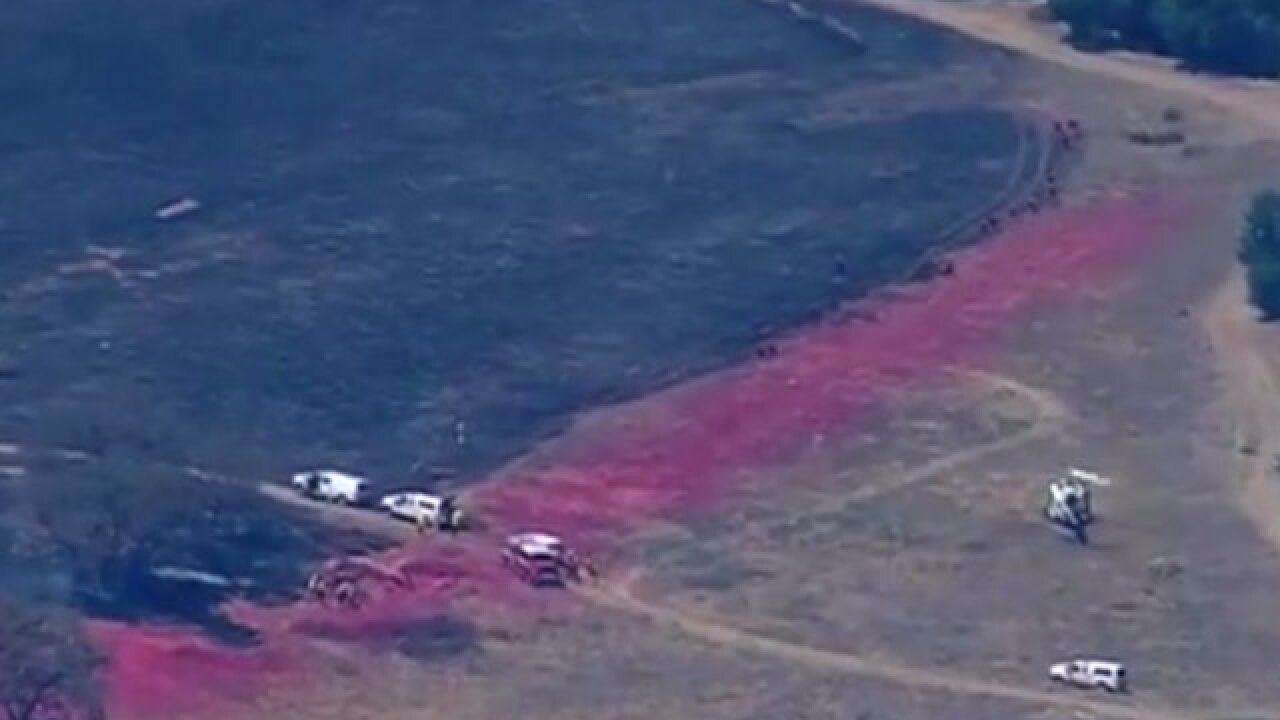 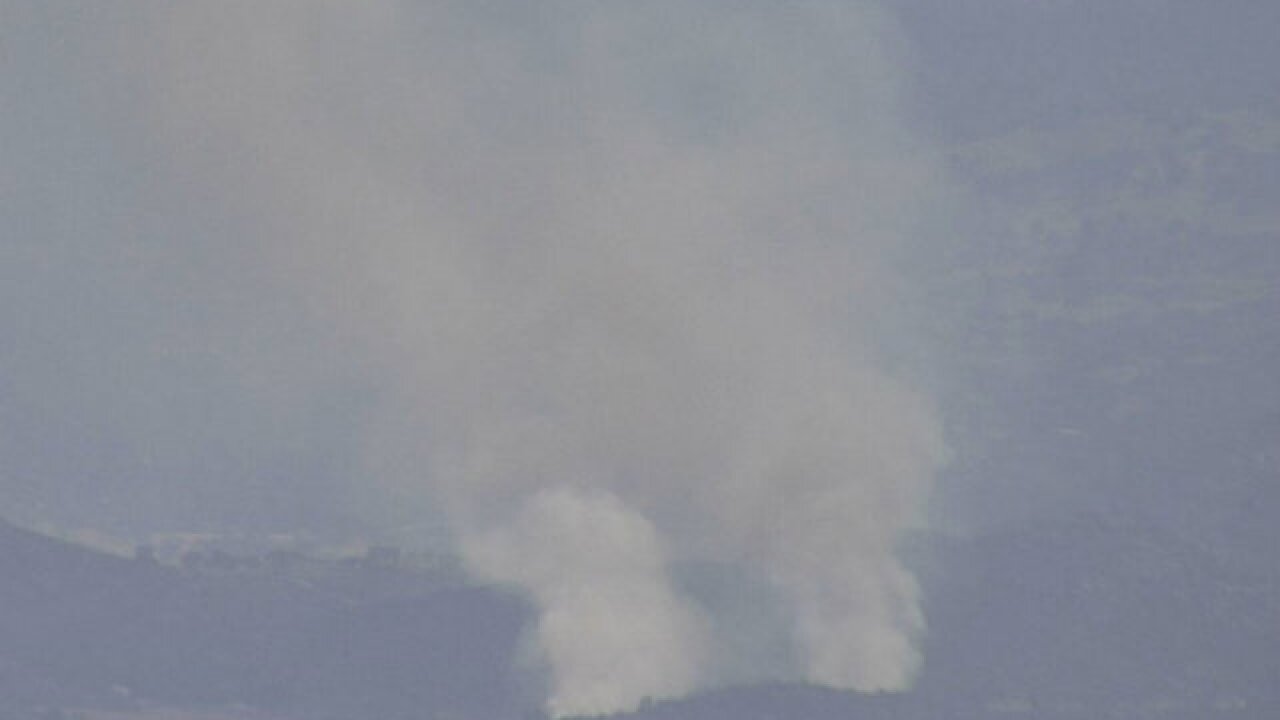 SAN DIEGO (KGTV) - A brush fire that erupted Monday morning in the Ramona area was quickly extinguished by firefighters on the ground and in the air.

The so-called Casner Fire broke out shortly after 10:30 a.m. in an area off Old Julian Hwy. and Creek Hollow Drive, according to Cal Fire.

Cal Fire said the fire charred at least 14 acres as of 11:50 a.m., but crews were able to stop the fire's forward rate of spread.

As of 5 p.m., the fire was considered 100-percent contained. The blaze was not an immediate threat to any nearby structures.