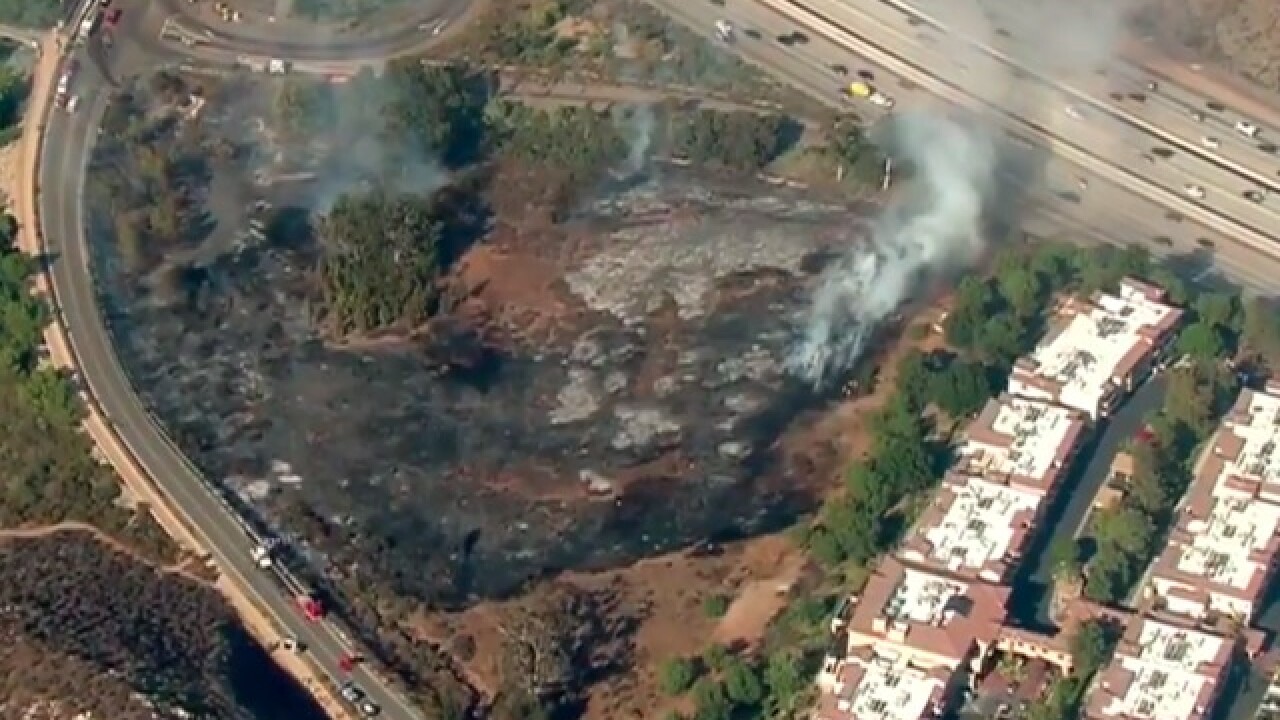 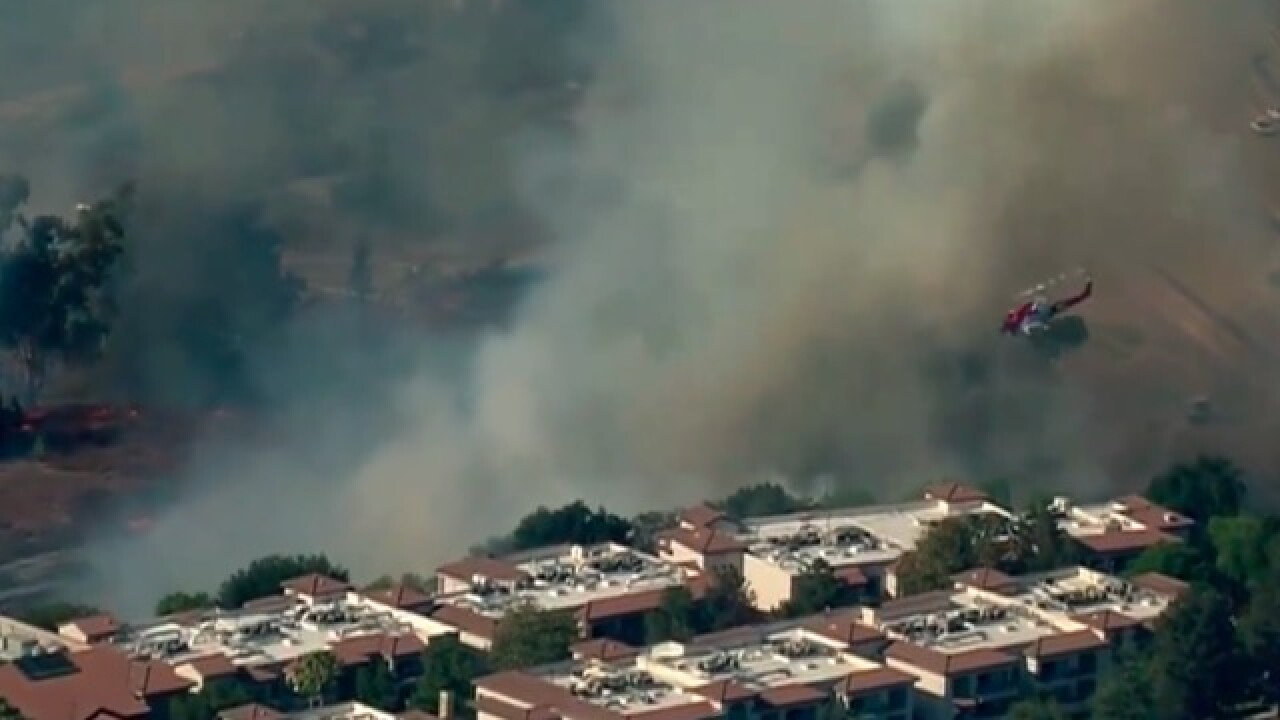 The fire started along Interstate 15 near the Casa de la Campanas retirement home around 5 p.m.

In total, the blaze scorched 10 acres and forced 200 people nearby to be temporarily evacuated. Residents soon returned home and, fortunately, no buildings were harmed in the blaze.

In video captured from the scene, several helicopters could be seen making water drops to extinguish the flames.

The cause of the fire is under investigation. Watch video from Sky10 in the player below: